An interactive map launched in 2014 by the Open Society Archives collects the memories of the “yellow star houses” of Budapest, a mark that identified almost 2,000 houses from June to December 1944, when the ghetto was established.

For six months in 1944, everyone in Budapest could see who was Jewish, and where they lived. Under the Hungarian racial laws in force at the time, 220,000 people—almost a quarter of the capital’s population—were forced to wear the yellow star and live in one of almost 2,000 designated “yellow-star houses” from June 21, until the establishment of the ghetto in the final weeks of 1944. Budapest’s yellow-star houses were unique in the history of the Holocaust, and only in Hungary the houses designated as compulsory places of residence for Jews were marked with this symbol. 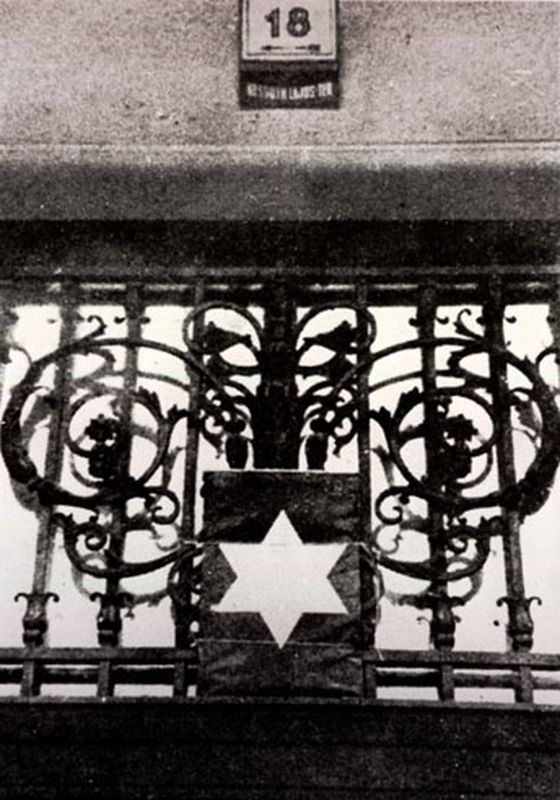 The Open Society Archives remembers this tragic and shameful chapter of Budapest’s past by exploring the history of the “yellow-star” houses. It was launched as the first event in a year-long series of public programs focusing on Budapest 1944, during a city-wide, public commemoration of the “yellow-star” houses on June 21, 2014, organized by volunteers and involving over 10,000 citizens.

The interactive map was built upon personal memories, documents, photos and audiovisual archives. It shows the location of the former yellow-star houses, and their contemporary street view image. The map is supplemented with pertinent historical sources, including the relevant decrees, an updated list of houses, a chronology, a glossary, and audiovisual recollections of former habitants. 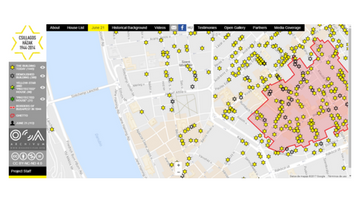