Due to the ongoing pandemic, the project suffered several setbacks most notably in terms of data gathering. However, a visit planned to attend the Bataclan commemoration was conducted in November 2020. Data were gathered during the visit.

The commemorative ceremony organized by the city/state officials and victims’ organisations was held despite the lockdown in France, and Paris in particular. Attending this commemoration was of particular importance for the key investigator (Dr. Milosevic) to shed more light on the evolution of commemoration (over the years and under extraordinary conditions). The data suggest that even in disaster scenarios (pandemic) there is a significant effort of key stakeholders to pursue the objective of honouring memory of the terrorist attacks. Public authorities seek to provide continuity of the commemorated event and are mindful of the needs of victims’ associations. This finding is triangulated with secondary data relating to the 9/11 commemoration in NY that took place in September 2020 under similar circumstances. 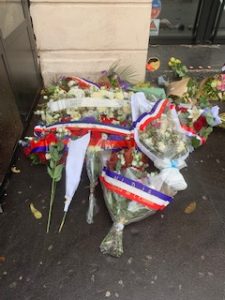 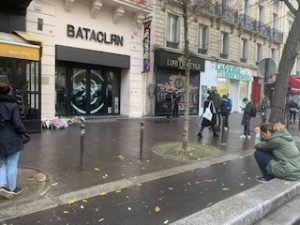 Safety concerns, usually of great importance for the attendees such as the victims, survivors and family members (fear of repetition, re-traumatisation) persist and were enhanced by the circumstances (e.g. perils of mass gathering/virus infection). Although in limited numbers, the commemorative ceremony attracted a number of visitors. In the first line, city and government officials led and organized the wreath-laying and minute of silence. Next, key were the victims’ organisations (Onze November, Life for Paris, others) as well as individuals – that ranged from victims’ friends and families, survivors, random or intentional visitors. Different from previous commemorations, and understandably because of the lockdown measures by the government, researchers investigating the memory surrounding the events in Bataclan were only a few. On the other hand, the media interest in covering the commemoration was significant especially from domestic media outlets, which served as a source for the international media. 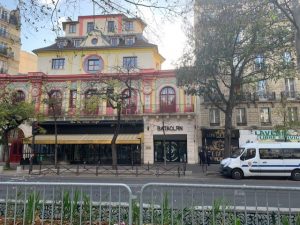 Besides the physical presence at the memory site, Remembrance Day was honoured also virtually and in urban space facing the Bataclan. In cooperation with the survivors of the events in Bataclan, the victims’ associations organised an open-air exhibition where a creative space in a form of a panel was placed on the fence surrounding the small park. The memory of that day continues to live in different forms and shapes – is the main message behind the exhibit that in creative ways shows how people have coped with the event itself and with its consequences. 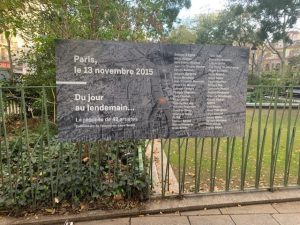 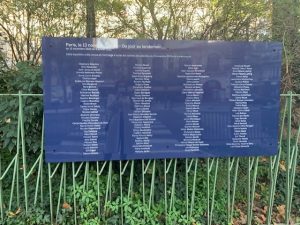 In sum, the events described were documented using photographs, video materials and field notes as part of the working package 1 (WP), deliverables D2- D5. These materials will be used to produce a short video showcasing the examples of best/worst practices regarding memorialisation of terrorist attacks. In terms of interviews, key investigator registered a video with Dr. Gerome Truc (Nanterre University), one of the leading experts on sociology of terrorism and a member of the scientific team behind the National Museum for the victims of terrorism that is due to open in 2021/2022 in Paris. Getting insights on the state-led initiative to create such a museum in France is one of the main contributions of this interview. It shows how grassroots efforts to memorialise can or could work hand in hand with state-managed memorial projects. Another important insight of this interview is the role Dr. Truc had in collecting and documenting spontaneous memorials that emerged in the immediate aftermath of the terror attacks in France. More specifically, the interview explores the role of city archives (Paris) in preserving the memory of the attacks. Such an example is illustrative of the ways in which local authorities can react in supporting the grassroots efforts to memorialise: short term and long term. 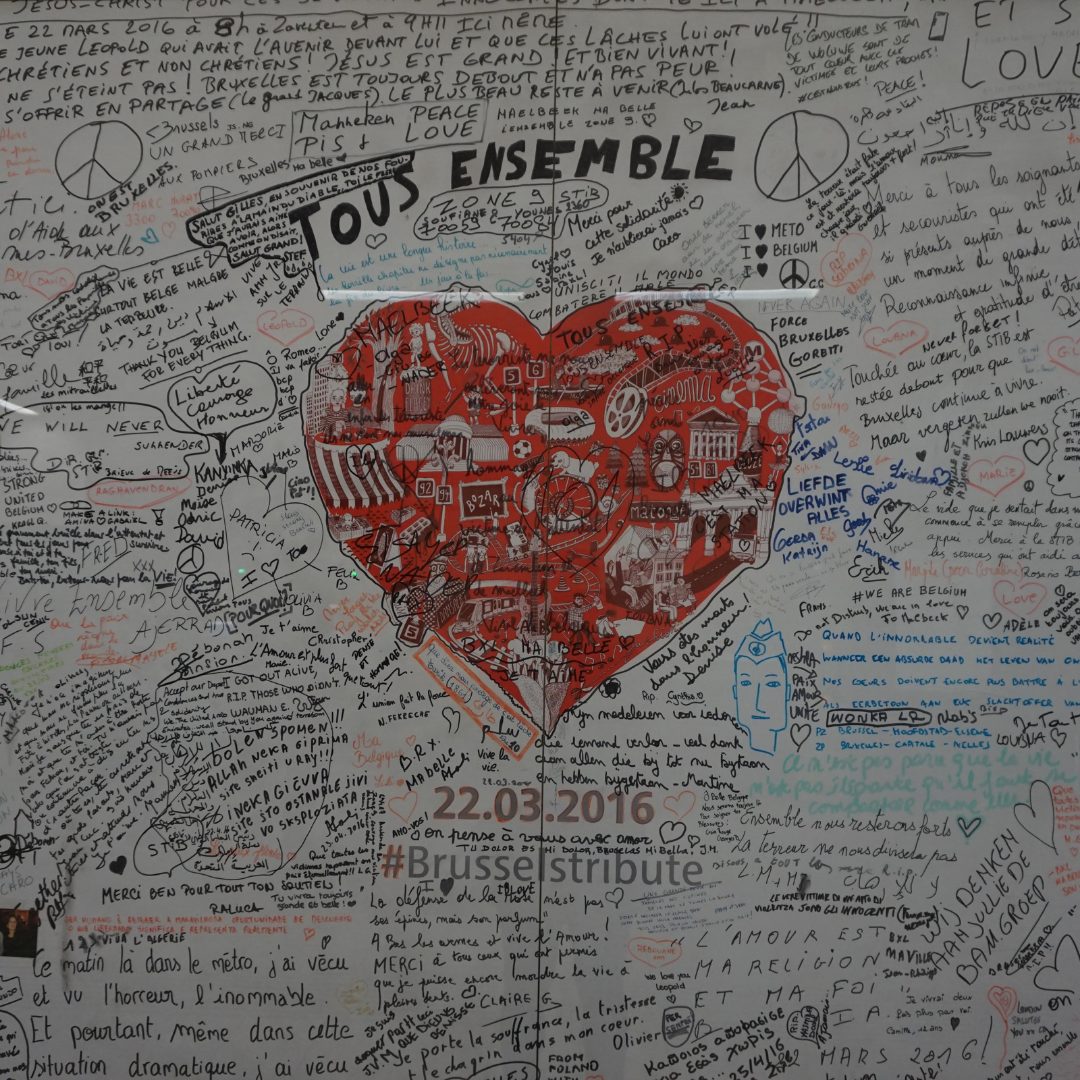