Memory Laws in European and Comparative Perspectives (MELA)  is a four-nation, EU-sponsored consortium gathered to examine memory laws throughout Europe and the world

Memory laws enshrine state-approved interpretations of crucial historical events. They sometimes impose criminal penalties on speech or conduct deemed offensive to the plight of national heroes or tragic victims. In that punitive form, memory laws impose limits on democratic freedoms of expression, association, the media, or on scholarly research.

The MELA project asks: When do memory laws conflict with values of democratic citizenship, political pluralism, or fundamental human rights? Are the punitive laws inevitably abusive? Are the non-punitive ones mostly benign? Are there optimal ways for states to propagate historical memory? 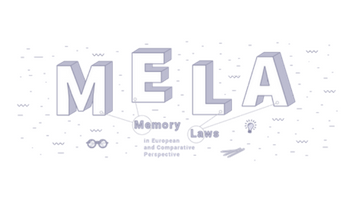