This document is a summary compilation of ideas and proposals that took place in several plenary sessions at the seminar Taking stock of European memory policies and some further reflections of the EUROM team.

The European Observatory on Memories (EUROM) promoted this meeting with professionals, scholars, EU officers, MEPs, and memorial associations to discuss the present and future of the memory programs developed by the EU and its Member States, highlighting their social and civic dimensions. In this sense, this text aims to be a discussion paper for a manifesto to support and enhance remembrance policies in Europe. It collects several voices of the participants in the meeting and has the will to become an open proposal, not to make final statements (still) or pontificate on drawn conclusions. Otherwise, it aims precisely to open a new debate, a process of permanent discussion among all the different actors involved, and make it accessible to partners, institutions and civil society.

These 15 points are references and syntheses in themselves; expanding, improving and amending them is part of the intrinsic memorial process that promotes them. 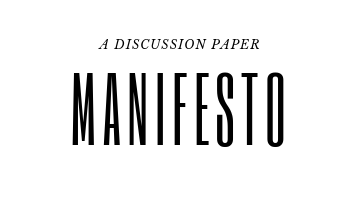 1. Reinforce memory policies as a common democratic value, taking into account that the ways we remember the past influence the way we practice contemporary politics.
Although we don’t have a common or equal history and national identities, the processes of memory and memorialization nowadays are much more similar in between different countries. Public memory should be understood as a right, but also as responsibility for European citizens.
Likewise, the responsibility of public authorities and States must be strengthened throughout the guarantee of access to memory policies. That means reparation, but also the development of participatory instruments, projects and the consolidation of the existing programs.

2. Reinforce the connection of remembrance and historical memory programs with citizenship, human rights values and mutual trust.
Reinforcement measures for professional memory entities, promoting civic, professional and academic participation in the processes of programming of memorial initiatives. The remembrance work must be developed at different levels and shall include various social, cultural and educational scales and dimensions.

3. Work on different scales and dimensions to achieve the transmission of memory-knowledges and values in a framework of trans-nationality, comparative processes, and social participation.
Considering “the personal importance of memory and its local dimensions, and aspects as continuity, construction of meaning, and a moral purpose”.
Bringing memory, especially within European institutions, to a meta level, where remembering and forgetting are taught and portrayed as inherently connected.

4. Promote transnational narratives, focusing on the involvement and engagement of European citizens regarding the national, local and personal memories, while simultaneously describing a larger formative European history. Networking and transnational best practices are the guarantees for a proper memorial transmission in the 21st century.

5. Include the repair of the victims of public crimes as public and democratic duty in the actions and social programs. These actions must be commemorative and publicly recognized but must also be accompanied by action programs, research, and participatory and citizen memorial intervention. Multiple memories and cultural and pedagogical memories. The basis of academic knowledge must always accompany the policies for repair, recognition, and identification of victims and disappeared. The victim must be far from the opportunism of political discourse.

6. Promote bridges between the citizenry and the European institutions, making the EU institutions to achieve the recognition of the diversity of memories and of those “hidden” memories, especially to deal with the large discrepancies between memories among European countries and regions. To an extent, increased European recognition of these memories might better equip local practitioners in getting these memories recognized.

7. Memory as a value and a way to increase the quality of democracy in our societies and public institutions. Old fights for democracy get a powerful sense in our present debates and crises.

8. Strengthen Europe for Citizens’ programme, connecting it to the contemporary developments in some European countries. Memory is a tool and a warning about the dangers of non-democratic attitudes, political extremism, xenophobia, exclusion or racism.

Connecting memory with citizenship is not only a choice, but there is also a clear necessity to stress the need to mix elements from the values of the past in the present exercise of the citizenry.

9. Promote memory as an ongoing process, a struggle for freedom and social justice.

“Historical and democratic memory is a matter of State, and should inspire and determine public action in matters such as justice, education, and culture, in order to prevent impunity and the return of authoritarianism and dictatorship”.

Different historical and national histories could approach a multiplicity of values and open opened new ways of transmission. This includes, among others, pedagogical, educational, artistic, cultural, communication and digital tool. It is especially important to the strength of multilateral collaborative projects, that combine multiple agents.

It is necessary an approach that connects historical reflection with action, highlighting active citizenship, and enabling it to do critical studies of the historical European memory.

11. Keep a structural and continued dialogue between the EU institutions, academicians, organizations, and practitioners in the field of remembrance and historical memory.

The intention is to find frameworks through which these dimensions productively engage with each other in a critical and reflective way. This proposal takes into account the necessity of actively analyzing the different connections and conflicts between personal, local, regional, national, European, and global dimensions.

12. Identify memory conflicts to lay the foundations of a comparative European network, focused on the debates and hot spots of the discussions about the recent past.

13. Consider Memory as a social and collective heritage in two different ways: tangible and intangible. Physical ruins, memory sites, documents or monuments are traces of the past that should be recovered and used as heritage tools of transmission. Immaterial narratives, oral witnesses, testimonies of victims and perpetrators have to be used as a common heritage to be preserved and to be communicated.

14. Professional teams and practitioners have to be secured and improved. More and more disciplines are working in the field of memory. From academia to the civil society associations, all must be invited to work in an interconnected way, but they must also be freethinking and professionalized, with guarantees of independence and fewer interventions from the top.

15. The democratic memory must be taken care of as a most precious good. The fragility and vulnerability of its use and its action in the present are what should make us believe that the constant process of transmission and interaction must be done together with the citizenry, as a broad social and political concept. This interaction ensures good practice and avoids biased uses and abuses. The rigorous historical interpretation will help us keeping memories alive, but not only. The current historical memory is multiple and as such it must include a multiplicity of processes, actors, modes, and forms of activation in the present.