e-Book: Along the wall strip. Berlin, 30 years under transformation

The book  “Along the wall strip. Berlin, 30 years under transformation” is the result of a documentary photography project carried out in 2018 by El Globus Vermell in collaboration with the EUROM. The publication is materialized in double format, a web and 200 imprint copies, with the aim of questioning the audience throughout a journey to places where reflection takes shape. 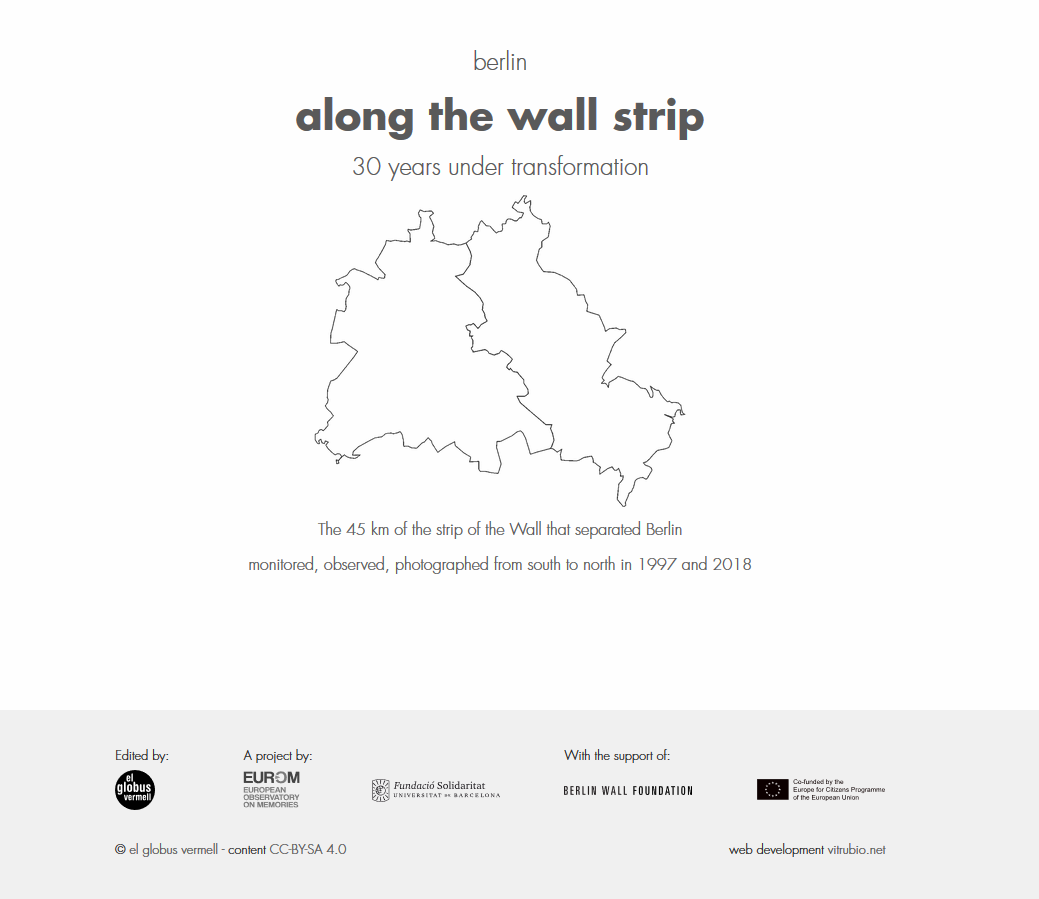 The project collects 132 pictures of 66 sites along the 45 km of the Berlin Wall. The images were taken in the years after the collapse of the Iron Curtain and in 2018, from the very same spot. All the pictures are geolocated to allow readers to use the book as a guide and to keep on testifying the landscape transformation of the strip that divided the city during almost 30 years (1961-1989). It includes five articles reflecting on the recent history of the European Union, portraying the urban transformation undergone in Berlin from the 90s until today throughout the traces of the famous Wall. The digital version was developed in freesotware by vitrubio.net.

The aim of this project is to stimulate critical thinking and vision regarding the impact of urban transformation derived from reunification, as well as other issues such as the identity of the city, the memorialization of the past or the touristification of the Wall strip. Published in cooperation with German and Spanish architects and historians, this project is one of our contributions to the coming commemorations of the 30th anniversary of the fall of the Berlin wall. 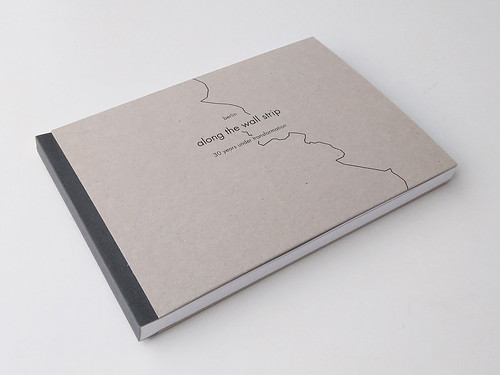 Director of the Berlin Wall Memorial

The speedy demolition of the border fortifications in 1990 created several “non-sites” illustrated by the pictures in this publication. The emptiness that was left behind became a “shadow monument” and reminder that this had once been a historic site of international significance. Now overgrown with vegetation, it has become banal.

Meanwhile, Berlin continues to boom and develop: the grounds around the former border strip in some ways reflect other developments taking place in the city: here urban density and the optimization of floor area values, there recreational opportunities and the establishment of commemorative sites and memorial columns. Keep reading

Berlin, a wall that divided, a memorial that unites

Historian and director of the European Observatory on Memories

We shall soon be commemorating the thirtieth anniversary of the demolition of that dividing wall. Memorial processes must serve for us to learn and build fairer societies. To unite what the violence of the past tried to separate. That is why we at the European Observatory on Memories, among other initiatives, have published this volume. In order to learn. Through a task of photographic and artistic research, a reflection on the public space, on the traces of a wall ten years after it was almost totally demolished. Those traces, whether modified or not, shape an eternal legacy. An aesthetic symbol that goes beyond the way the city has evolved: considerably. The urban, architectural or physical modification of the traces of the wall speaks to us of that. Keep reading.

In many parts of Europe, through remains, traces that still endure but which no-one has bothered to incorporate into the respective constructions of collective memory, a more complex, ambiguous, uncomfortable, story still lies hidden. A story which, if brought out, can explain and make all Europeans aware of many events from which we should learn, as Berlin has learned. Keep reading

Memorialisation of the past. Collective memory or product consumption

Social architect and member of the Raons Públiques cooperative

All memories, individual or collective, are anchored to a spatial framework. But, who decides what this constructed environment is, what and who determines what should be preserved, commemorated or erased? Keep reading

Any summer Sunday at the Schlesischer Busch. People strolling along the canal, cyclists dodging them as they hurtle past, kids chasing each other and shouting rude words, teenagers listening to canned music, couples rolling on the grass, groups of friends playing “kubb”… If Franz Hessel could go for a walk there –once he had got over the initial shock and disorientation– he would certainly take out his notebook and jot down some observations on the hustle and bustle of the life there. Keep reading