In search of freedom

World War II left behind a devastated Europe. In spite of the wounds left by the war, the generation that survived the bloodbath was eager to rebuild. A world of prosperity was developing in the West, while the East was undergoing rapid industrialization. The students protests in 1968 came as a shock to the people who had survived widespread shortages and danger. Under different national contexts, students in European cities espoused different political ideas. However, they were all united in their plea for freedom and democracy, undermining all kinds of authorities that were taken for granted. The “why” of 1968 and its aftermath has been widely debated over the years, proving the legacy’s complexity and its importance for European democracy. Today, in a time of increasing social injusticies, issues raised in 1968 still seem to trouble us.

The project IN SEARCH OF FREEDOM: 1968–2018 focuses on this important point in our common history in order to better understand the past and foster change in the future. Re-examining the message of 1968, it promotes the importance of remembrance and a lively and independent civil society in shaping democracy. Bringing together partners from Poland, Slovenia and Spain, it targets mostly students through intergenerational dialogue and active participation. At LECTURES and PANEL DISCUSSIONS, students will deepen their knowledge about the 1968 protests in different national contexts and raise awareness of their common European values; MEMORY ARCHIVES with personal stories of the 1968 witnesses will be created by the three partners to stress the local dimension; an INSTAGRAM CONTEST will involve students throughout Europe, inspired by positive cases of the past fight for freedom, to create their own personal vision of a free and democratic society. The material gathered during these activities will appear in BOOK form, at the INTERNATIONAL TRAVELLING EXHIBITION as well as in a WORKSHOP STUDY MODULE on the civil rights movement.

Since its foundation in 1996, Beletrina has become a central Slovenian cultural organization with vast international references. It organizes cultural and social programmes, including awareness-raising projects with the aim of triggering a wider social debate and fostering a humanistic development of individuals and societies. It runs a variety of projects targeting people with special needs and disadvantaged social groups. Its main focus is publishing quality fiction and non-fiction that attracts attention at the national and international level, regularly winning important national and European prizes for literature. It puts considerable effort into a wide international promotion of its authors.Beletrina is the producer of two major international literature festivals: the poetry festival Days of Poetry and Wine and the prose festival Fabula–Literatures of the World.

Beletrina is the initiator of the project idea and the coordinator of the activities, necessary for the submission of the application form. As the applicant, it will be responsible for coordinating the implementation of all the activities and for the overall management of the project including: planning, organisation, administration, reporting, valorisation. It will ensure efficient communication among partners, fostering long-lasting collaboration. In Slovenia, it will implement activities 1 (KICK OFF MEETING), 2 (LECTURES), 3 (MEMORY ARCHIVE) and 6 (BOOK), and collaborate with the National Museum of Contemporary History on other activities. It will also coordinate the promotion and dissemination of the project message and its results in Slovenia and beyond.

The National Museum of Contemporary History of Slovenia is the main national institution for the collection, research, preservation and exhibition of the contemporary history of Slovenians from 1914 until today. Its historical material covers the period of the First World War, the interwar period (1918–1941), the Second World War (1941–1945), the period of socialism (1945–1990), and the period of the independence of Slovenia (1991) up to the present day. The museum’s oral archive contains a large collection of documents of the life stories of the pre-war period, the individual experiences of the Second World War and the post-war period. It cooperates with various institutions in carrying out activities in the field of culture, education, and research and serves as a bridge between the public and historical science, always striving for international cooperation and enrichment of national history.

The University of Barcelona Solidarity Foundation was created in 1996 to implement the cooperation policy of the University of Barcelona and promote democracy and human rights in less developed regions or regions in conflict. To this end, it has promoted several projects for the recovery of historical memory and democratization. With support from the EU, it currently promotes  the European Observatory on Memories (EUROM), a transnational networking platform that integrates partners and collaborators across Europe from the different areas involved in the management and study of memorial policies (institutional, academic, and associative). Since 2012, it has been developing an intensive program that has included both internal activities and discussion meetings between the partners to strengthen the network; especially activities focused on the transmission and dissemination of European memories. 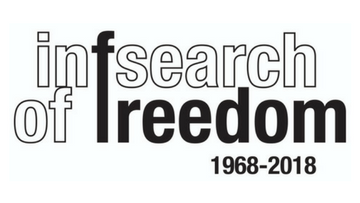