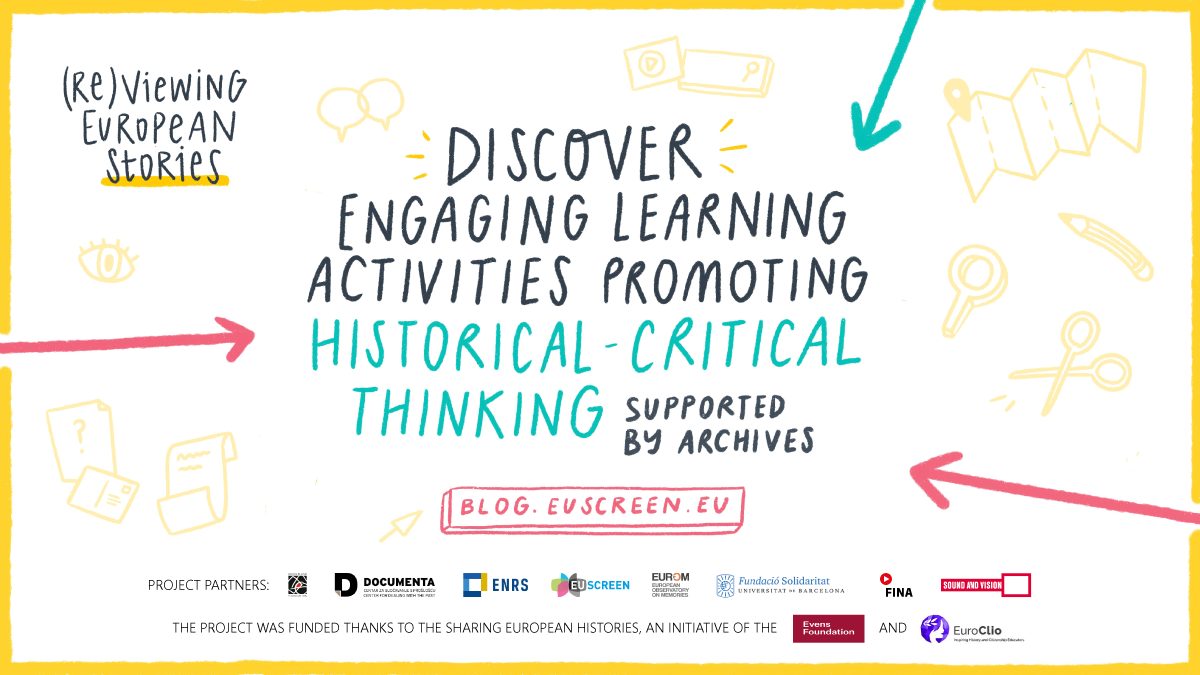 Everything started with three short amateur films showing three places in Europe. Each of them depicted the personal dramas of different people and talked about different times from the past. The films were the result of the In Between? project, a European initiative coordinated by the European Network Remembrance and Solidarity, investigating the history and dynamics of European borderlands where remembrance is linked to a difficult past and the political and social changes that have resulted from the dramatic historical processes of the 20th century. It incorporates local narratives as well as visual and audio documentation of research conducted in various European locations using the oral history method. Among the outcomes of the project were short videos made by participants of the study trips. We decided to go back to the films recorded in 2017 and use them as starting points for our three interactive learning activity ideas, which are intended to widen students’ perspectives on European history and provide better context and explanations of the events covered in many curricula.

The films are about borders, their significance, and their role in European history. The story perhaps most familiar to European audiences is that of the Bosnian town of Mostar. The film deals with the difficult and still fresh memories of the Yugoslav Wars of the 90s. The next movie presents people who witnessed the dramatic events of the Spanish Civil War, which concluded with civilians and soldiers fleeing their land to France to escape General Franco’s dictatorship. The third film presents the complex situation at the Polish-Lithuanian border, where not two, but many nations and ethnic groups found a home and lived together, despite the tragic events and conflicts that took place throughout much of the 20th century. In this third example, it is the people who stay put while the borders move. 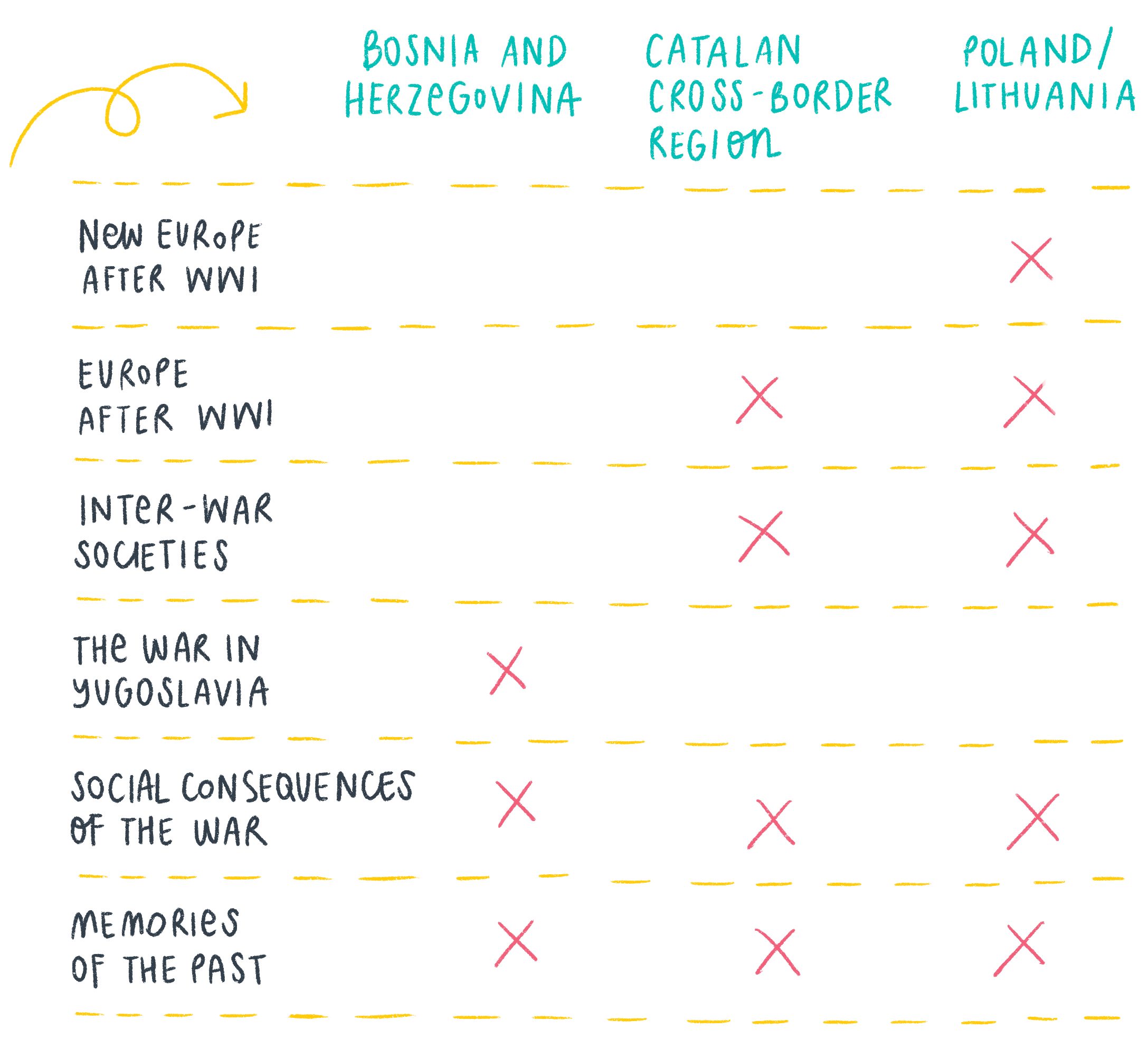 The authors of the three activities chose these films as starting points with the following educational goals in mind:

Students get their information from many sources. Much of it comes from social networks where the question of copyright, content quality, and reliability is doubtful, at best. On the other hand, teachers tend to encourage students to make presentations using “online materials”. These presentations are also published on the web and become potential resources for students in the future. We strongly believe that a lot of work must be done to develop the right approach on the part of the authors as well as the final users. We encourage teachers and students to always use resources from legal sources. How do you find them? We have created a short step-by-step guide to online archival search at Europeana and EUscreen.

The copyright of newly developed educational material resulting from the project is licensed under the terms of the Creative Commons Attribution-NonCommercial 2.0 Generic (CC BY-NC 2.0) license. However, please note that some of the digital archival content used to enrich the educational material does not come from the EUscreen In Between? collection and may be licensed under a different license.