The second edition of “Ruta al Exilio” gets under way

The second edition of the summer educational activity Ruta al Exilio (Route to Exile) will begin on July 15 in Barcelona. For fifteen days, 40 young people aged 16 and 17 from all over Spain will participate in workshops and socio-cultural activities while visiting the places of memory of the Spanish Republican exile.

Promoted by the Spanish Youth Institute (INJUVE) and the European Observatory of Memories of the Solidarity Foundation of the University of Barcelona (EUROM), This route is organized by the Be Wild Be Proud association with the support of the Daniel and Nina Carasso Foundation. The places, ten more than in the first call, are fully financed by the Ministry of Social Rights and the 2030 Agenda throughout the INJUVE. A total of 410 young people have applied in the two calls.

The meeting point for the start of the route will be the Pavilion of the Republic of the University of Barcelona, ​​from where the group will travel to the eastern Pyrenees. The adventure includes camping, daily physical activity, training workshops, and visits to iconic places in La Retirada such as the Exile Memorial Museum (MUME) in La Junquera, the Elna Maternity Hospital or the Argeles-sur-Mer beach, as well as spaces for reflection and learning such as the Rivesaltes Memorial Camp or the tomb of Antonio Machado in Collioure, where they will meet direct testimonies and descendants of exiles.

The objective of this activity is to provide youth with the tools to establish connections between stories of the past, current events, and imaginaries of the future, promoting a civic spirit and active participation in the resolution of conflicts. In this sense, the training curriculum of this second edition investigates not only the causes and consequences of the Spanish republican exile but also the processes of memory reconstruction and construction of national identity in Spain, comparing them with similar processes in other countries.

One of the most relevant pedagogical elements of Ruta al Exilio is the creative projects. Tutored by a team of monitors, teachers, and external collaborators, the participants must carry out the proposal – artistic, academic, journalistic, playful – with which they presented themselves to the call. These works revolve around the three thematic axes that structure the project: memory, exile, and national and/or migrant identity. The projects of the first edition can be consulted on their website.

The final cultural activity of the route will be the screening of the film Song to a lady in the shadow, directed by Carolina Astudillo and co-produced by EUROM. The director will attend the session, which will be open to the general public. 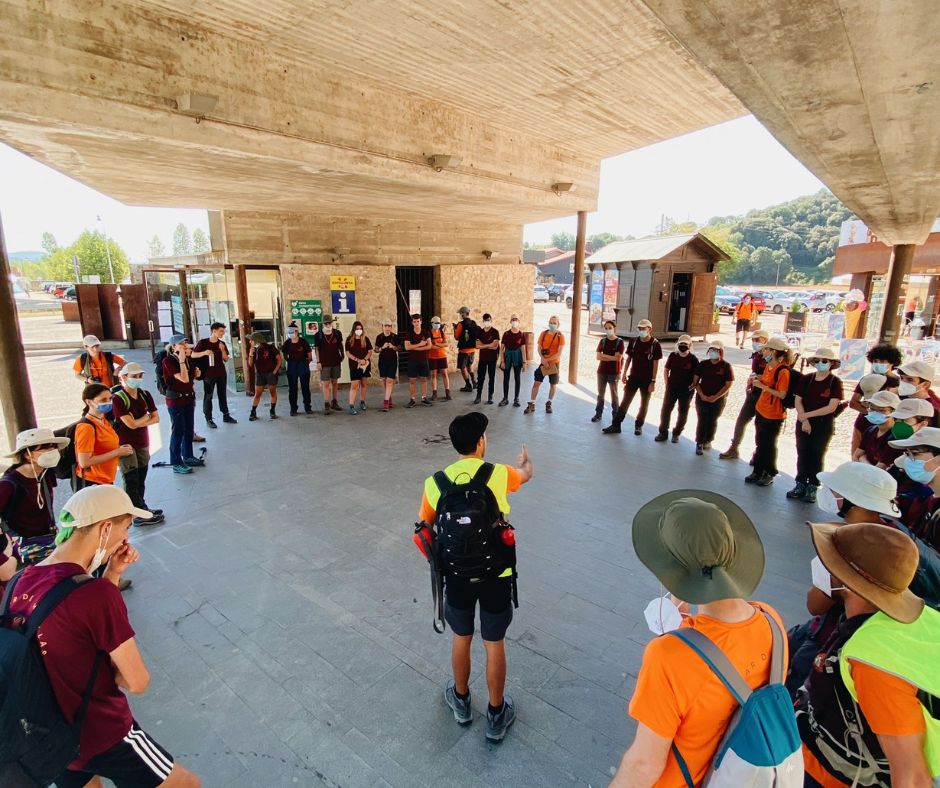