The group developing the monument that pays tribute to the former Women Prison of Les Corts received the Medal of Honour of the Barcelona City Council. The group counts with the participation of 17 institutions and organizations, among them the European Observatory on Memories of the Solidarity Foundation of the University of Barcelona.

This award-winning initiative —co-developed by the University of Barcelona and the Associació per la Cultura i la Memòria de Catalunya (ACME, Association for Catalan Culture and Memory)— aims at recovering the historical memory of the Women Prison of Les Corts, hidden for more than sixty years. In order to achieve this goal, citizens are invited to collaborate with neighbourhood associations to discuss the creation of the monument that will remember the prison.

The Women Prison of Les Corts was located at the Avinguda Diagonal, at the Plaça de la Reina Maria Cristina. Between 1939 and 1955, thousands of women were imprisoned and eleven prisoners were shot in the prison during the cruellest years of Franco’s dictatorship. Repression was not only political and social, but also moral and gender-based. Women were treated as hysterical people who were unable to take on the domestic role assigned to them. Nowadays, the prison does not exist and the place is occupied by a popular shopping centre.

The former prison of les Corts was not remembered  until 2010, when the commercial center installed a plaque, making no reference, though, to the dictatorship. With the creation of the memorial project, in 2014 six panels with a cartography of the prison were added in a visible and representative corner. On october 2015, it was complemented with an indicative signal at. Av. Diagonal. Both projects were designed by the students of the master’s degree in Urban Design of UB. 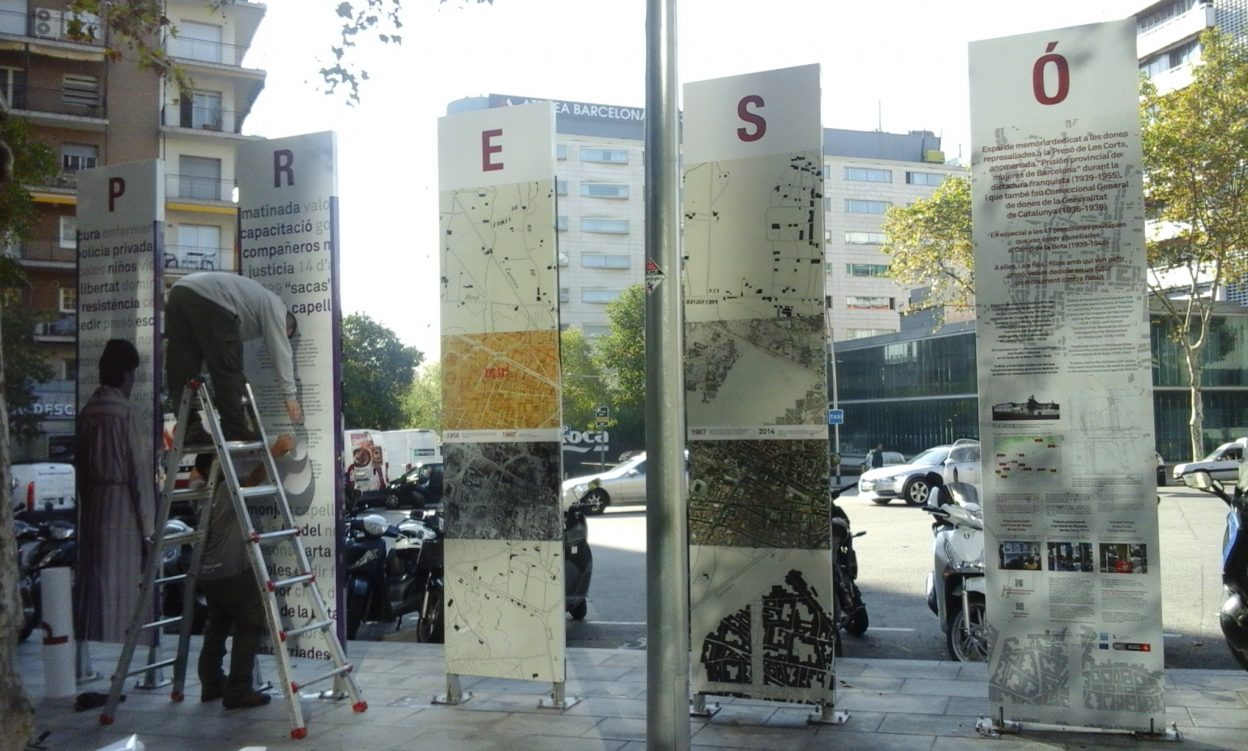