The Resource Center for Learning and Research (CRAI) Pavilion of the Republic of the University of Barcelona will be the starting point of ‘Route to Exile: a thousand footprints‘, a traveling educational project promoted by the Spanish Youth Institute (INJUVE) and the European Observatory of Memories (EUROM) of the Solidarity Foundation of the University of Barcelona. ‘Route to Exile’ aims to bring recent Spanish history closer to the new generations through tours of the places of memory of the republican exile, and with an interactive methodology that includes training and socio-cultural activities.

At the CRAI Pavilion of the Republic of the UB —one of the most important library-archives in the world on the Second Republic, the Civil War, exile, Francoism and the Spanish transition—, the thirty young people aged 16 and 17 selected by the project among 275 applicants, will start a 15-day experience that will take them through the paths of the Spanish Republican Exil. The route, which will be done mainly on foot and by bus, will go through places and spaces of memory related to exile on the eastern border of Catalonia with France, and will end on July 30 in the space of the former prison La Model in Barcelona.

The inaugural day will take place in the Gernika courtyard in the Republic Pavilion this Thursday, July 15, from 12,30 to 2,30. The participants will be received by the director of the CRAI Pavilion of the Republic, Lourdes Prades, and by the idealizers and coordinators of the itinerary: Saúl Flores, Edu Granados and Ignacio Pàmies. They will be accompanied by David Gonzàlez, researcher in Didactics of Heritage, Arts and Cultural Tourism at the University of Barcelona and project manager at EUROM – Solidaritat UB, who will present the route guide.

The activities that will be carried out during the 15 days of the route consist essentially of historical and cultural workshops, visits to museums and memorials, mountain excursions and camping in emblematic places, as well as other lesser-known ones, from the Spanish Republican exile in the Eastern Pyrenees. With a methodology based on interaction with the environment, hikers will have the opportunity to learn to collect oral stories by preparing and conducting an interview with an exile, to explore the rural and urban heritage in search of the archaeological footprints of the Civil War and exile, to camp safely and share their own knowledge and experiences. All activities will be supervised by experts from the associations Memòria Soterrada and Be Wild Be Proud . Funded by the Ministry of Social Rights and Agenda 2030, through INJUVE, the route has been organized in collaboration with local entities, municipalities and county councils.

For the first meeting, the team of the CRAI Pavilion of the Republic has prepared a selection of the resources available at the University of Barcelona on the subject of the route. The activity will take place outdoors and will begin with an explanation of the building, a replica of the Republic Pavilion of the Paris International Exposition of 1937. Next they will present a sample of the collections on Spanish and Catalan Republican exile that includes materials of a new data base on the Republican media in the exile, posters of the Second Spanish Republic and the Civil War, and some witness objects of the exile and the war. 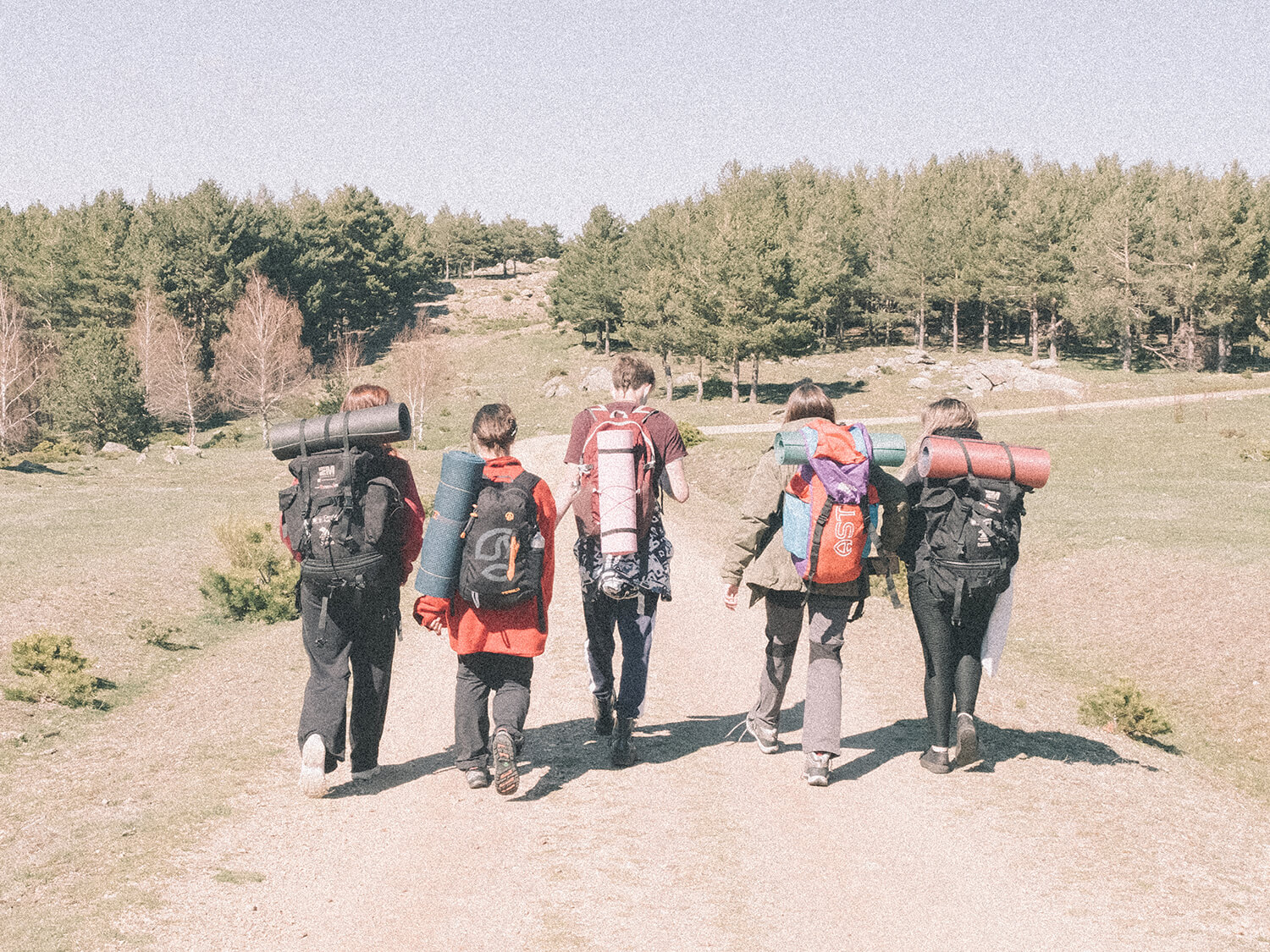