The European Observatory on Memories of the University of Barcelona (EUROM) and the Public Diplomacy Council of Catalonia (Diplocat) will hold a seminar at the Imperial War Museum of London to discuss the shared experiences of Catalonia and the United Kingdom under fascist bombardments. The one-day symposium is organized in collaboration with the Centre for Research in Memory, Narrative and Histories (CRMNH) of the University of Brighton, and will take place on May 23 at the Open Boardroom, from 9,30 am to 5 pm.

The civilian solidarity and resilience during these bombardments, the response from each city’s municipal authorities as well as the present-day remembrance policies on those attacks to peace and democracy are some of the issues to be discussed during the event. The seminar will be introduced by Albert Royo, Secretary General of Diplocat, Marina Falcó, Director General on External relations of the Catalan Government, and Jordi Guixé, Director of the EUROM.

The keynote speech will be delivered by Sir Antony Beevor, writer and historian, author of several popular books and articles on the Second World War and the 20th century history. He will trace the effects of the assumption ‘The Bomber Will Always Get Through’, a fateful phrase of the British Prime Minister Stanley Baldwin in a speech to the House of Commons on 10 November 1932, just over five years before the Italian Fascist bombing of Barcelona. The intense bombing of the capital city of Catalonia in March 1938 provoked an international outcry. After briefly outlining the Italian Fascist motives and execution, Beevor will describe the mistaken analysis carried out by the British government, and their own wildly excessive casualty estimates from bombing in the coming war, all influenced by Baldwin’s alarmist prediction.

The 80th anniversary of the fascist bombings of Catalonia will be debated during a rountable chaired by Chris Bambery, former Public Point of Contact for the All Party Parliamentary Group of the British Parliament on Catalonia. The roundtable will be composed of Mireia Boya, Joan Josep Nuet and Montserrat Palau, current members of the Parliament of Catalonia. The discussion will focus on the remembrance policies carried out by different governments regarding the bombings.

In the afternoon session, a dialogue between Gabriel Moshenska, Senior Lecturer in Public Archaeology at the University College London, and Ramon Arnabat, Lecturer in History at the University Rovira i Virgili, will discuss the bombardments of London and Barcelona as experienced by the cities and their people. The conversation will be followed by a speech on the interest of the British government in the Catalan air-raid defence system, delivered by the historian Jordi Pons. His presentation will introduce the screening of the documentary film “Ramon Perera, the man who saved Barcelona”, produced by Montse Armengou and Ricard Belis together with the public television of Catalonia (Televisió de Catalunya – TV3).

The mayor of the city of Granollers and member of Mayors for Peace, Josep Mayoral, will close the symposium. He will explain current remembrance actions regarding the aviation bombings from Italian and German air forces that attacked the city in 1938. 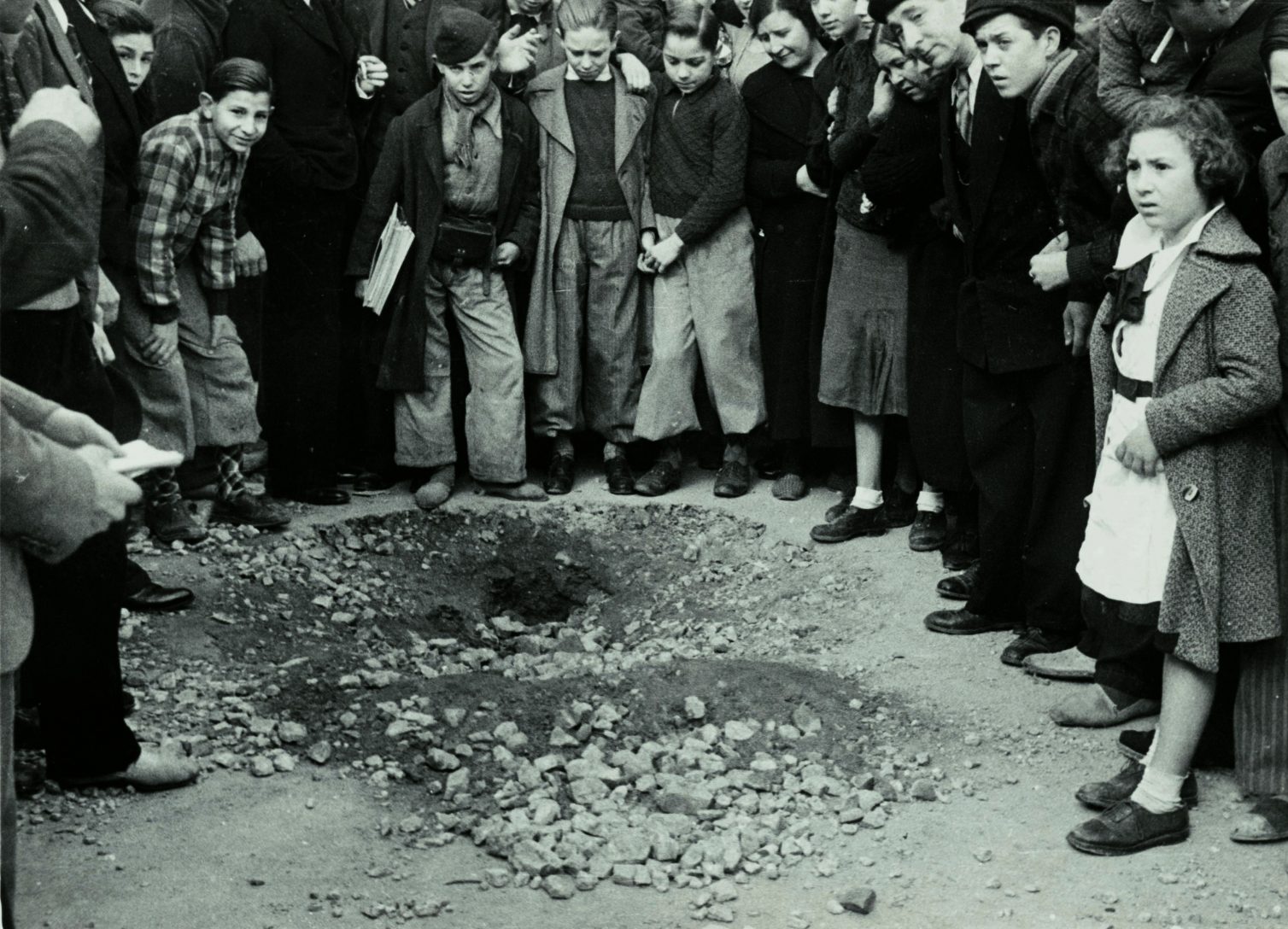