On the 85th anniversary of the proclamation of the Second Republic, the Promoter Group of the Future Monument of the Former Women’s Prison of Les Corts recalls Republican women oppressed under Franco’s regime and pays tribute to Maria Salvo Iborra

The Promoter Group of the Future Monument of the Former Women’s Prison of Les Corts will mark the 85th anniversary of the proclamation of the Second Republic with a tribute to Maria Salvo Iborra. Organized by the European Observatory on Memories and the Polis Research Centre of the Faculty of Fine Arts of the University, will take place on April 14, from 18h to 19h.

With 96 years, Maria Salvo Iborra is still struggling for freedom, the rights of women and democratic memory. Having spent 17 years of her life in francoist prisons, she is now involved in the process for claiming a memorial to the space occupied by the women’s prison in Les Corts, where she was arrested between 1941 and 1943. “It was an ignored prison, almost unknown by the public, but the people detained there have not forgotten,” explained Maria Salvo.

With 16 years old, she joined the Unified Socialist Youth of Catalonia (JSUC) in 1936 and in that same year she went into exile in France where she spent three years in refugee camps, to be repatriated to Spain  in November 1939. She was arrested in 1941, while collaborating with the resistance against Franco in Madrid. Tried and sentenced to 30 years in prison, she also passed through the prisons of Las Ventas, Segovia and Alcalá de Henares and was finally banished by the regime in 1957.
Prison of Les Corts

From 1936 to 1955, the grounds of the asylum of Good Counsel, the district of Les Corts, became a women’s prison. During the Franco dictatorship the center presented the worst conditions of repression and mass. In 2012 a group of organizations, family and friends launched a process to express citizen to claim a memorial to the space occupied by the former women’s prison in Les Corts.

Currently, in the corner of Europe and Joan Güell streets, an ephemeral monument explains the story of the prison. In addition, a sign on the corner of Joan Güell st. and Avenida Diagonal relates the space with Camp de la Bota, where 11 women were shot between 1939 and 1940. 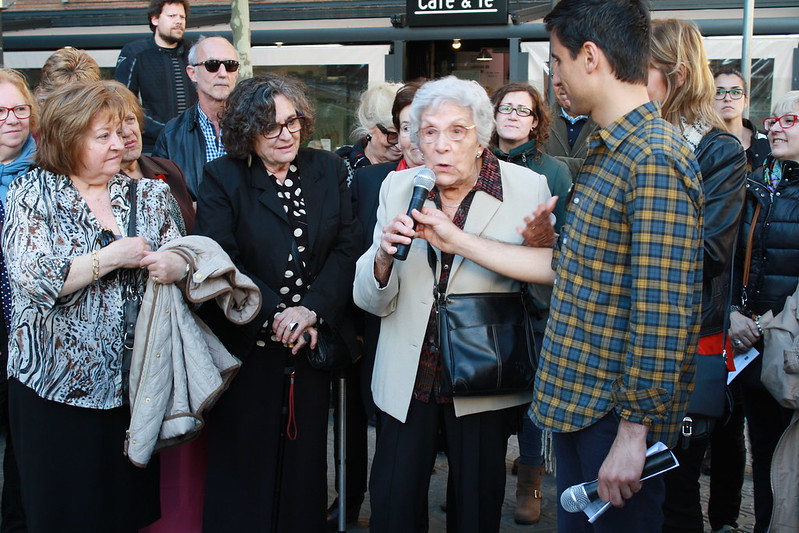 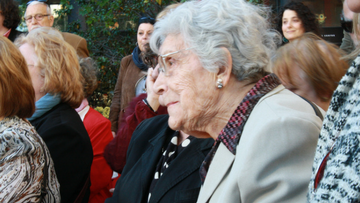