Released by the Solidarity Foundation of the University of Barcelona

The terrorist attack on August 17 in Barcelona has hit us in a terrible way. Our daily work often makes us in touch with dramatic situations, with victims of all kinds of violence, sometimes resulting in war conflicts or their consequences, as well as of social or economic injustices. But that will never make us used to it. And an action of the unjustifiable and obscene violence that we have lived in Barcelona, in our beloved city, strikes us with a difficult hardness to explain.

The first attention is always to the victims, the victims who, as always and everywhere (in terrorist attacks, war conflicts, in all situations of violence) are innocent victims, victims used by the perpetrators to their innoble actions, victims who should never have been. All our solidarity, condolences and accompaniment to them.

The second line is always to remember that violence is never the path of anything. Acts like those that we have lived in Barcelona and Catalonia on August 2017, and before in so many other cities and villages of the world, can not have another answer then that: it will not stop life. Against the culture of hatred and fear, we must maintain the culture of peace, respect, tolerance and love for life. Barcelona has always stood out for that. The University, too.

We know that international jihadist terrorism is not a simple phenomenon. It has a polyhedral profile that strengthens its roots in political and social injustice, in foreign societies, but also in the confines of the exclusion of our own societies; that makes a manipulated and manipulative use of religious discourses and false theology, but that also benefits from problems that we do not finish knowing how to handle or even that we have been absolutely incapable of managing as societies.

From the University we can contribute to serenely and lucidly analyze this scourge, to avoid generalizations and simplistic explanations, and to find solutions to the real problems that are nourished. And only thus can we fight it effectively.

The Solidarity Foundation of the University of Barcelona, faithful to its trajectory, is put at the service of the University itself and the public authorities in this momentum of the city and the citizens of Barcelona, and proclaims its commitment to continue working for the culture of peace and coexistence, for the fair resolution of conflicts, for the memory and reparation of the victims. The EUROM, throughout the Solidarity Foundation, also reiterates its condemnation of all forms of violence that, like the terrorist violence experienced in our city, only cause the death and pain of innocent victims. 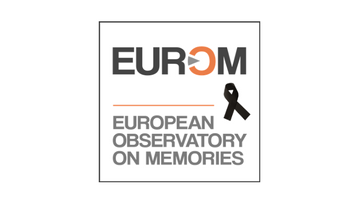