The conference “Victory over Fascism: Barcelona 1936” inaugurates a series of commemorative acts on the 80th Anniversary of the Spanish Civil War

The conference “Victory over Fascism: Barcelona 1936”, held on July 18, 2016 at the University of Barcelona, marked the beginning of a series of planned activities to commemorate the 80th anniversary of the outbreak of the Spanish Civil War, a program supported by Department of Foreign Affairs and Institutional Relations and Government Transparency. Organized by the Public Diplomacy Council of Catalonia (DIPLOCAT) and the European Observatory on Memories of the University of Barcelona’s Solidarity Foundation (EUROM), it encouraged a reflection on the first defeat of fascism in Europe. In a keynote speech delivered by Georges Mink and in a debate with experts of different aspects of the Spanish Civil War, the discussion analysed key aspects of the Republican resistance, with emphasis on the role of women and the International Brigades. 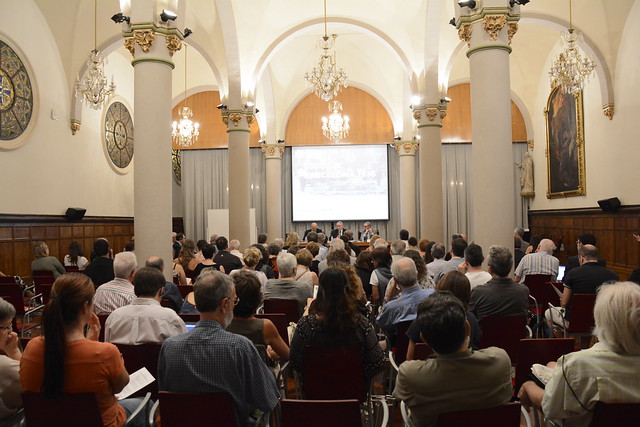 Jordi Guixé, director of the EUROM, closed the conference by emphasizing that raise questions about how public efforts could be more active in the remembrance of collective traumas like the Spanish Civil War. “It is a painful but also a transformative asset that carries ethical, democratic and collective values”, he said. In this sense, he also spoke of the necessity of building memory spaces of reflection to complement research and academic works. “Accepting that memories are conflicting is a sign that we are moving forward,” concluded Guixé.

The session was welcomed by Dídac Ramírez, dean of the University of Barcelona, accompanied by secretary general of DIPLOCAT Albert Royo, and the Minister of Foreign Affairs, Institutional Relations and Transparency, Raul Romeva. The minister stressed the need to persevere in memory retrieval, noting that “in a world where there are still wars and refugees, memory is a crucial issue.”

The opening keynote of Georges Mink, Professor at the College of Europe in Natolin (Poland) and research director of the National Center for Scientific Research in France (CNRS), focused on the his personal memory about the history of his father. Emmanuel Mink, a Polish Jew settled in France and football player, went to Barcelona in 1936 to participate in the Popular Olympics that would be inaugurated on July 19 as a protest against the official Olympic Games taking place in Berlin. With the outbreak of the military uprising, Barcelona games were cancelled, but he decided to remain to defend the Republic. He returned to France at the end of the Civil War, he was imprisoned by the Nazi Germany and deported to Auschwitz. For Mink, in the current global context of multiple outbreaks of violence, growing inequality, xenophobia and Euroscepticism, remembering what happened in Barcelona in July 1936 is essential to understand values such as solidarity and democracy. “We shall remember and defend these values before it is too late.”

The journalist Ignacio Aragay, assistant director of ARA newspaper, presented the panel of experts and stressed the need to continue explaining what happened in the 80 years since the outbreak of the Spanish Civil War. “We must fill this gap”, he said. Next, José Luis Martín, professor of contemporary history at the Autonomous University of Barcelona, analysed the factors that led to the failure of the coup, first in Barcelona and then in Catalonia. According to Martín, the war was lost as a result of imbalances between the two military fronts as well as the social, political and interests divisions in the rear and rear guard. What came after, he explained, represents a cultural and moral defeat that allowed the dictator Francisco Franco to die in his bed.

Mary Nash, professor of contemporary history at the University of Barcelona, discussed the participation of women in the conflict. According to Nash, the 80,000 women who contributed to the overall Republican resistance – especially in the rear guard – represented a plural collective response of antifascist women’s associations. For Nash, the feminine figure of the militia is one of the most innovative and revolutionary images of the antifascist discourse, and even became a symbol of resistance. “But the female militia was never a comfortable figure, and all the political groups questioned it presence in the front,” said Mary Nash.

Finally, Robert S. Coale, professor of Hispanic Studies at the University of Rouen (Normandy) and representative of the Abraham Lincoln Brigade Archives in Europe, gave a detailed description of the composition of the International Brigades and the role they played in the conflict. The total number of volunteers reached 35,000, a third of the troops that were sent by Germany, Italy and Portugal to the fascist side. He also stressed that the Lincoln Brigade was officially a battalion – the 15th – known as a Brigade to encourage American participation as military volunteers.

The conference also presented the commemorative video “Victory against Fascism: Barcelona 1936“, produced by the EUROM and DIPLOCAT. With images from different historical archives and graphic animations, the two minute piece illustrates the outbreak of the Spanish Civil War in Barcelona during the morning of 19th of July 1936, and pays tribute to the citizen resistance during the conflict. 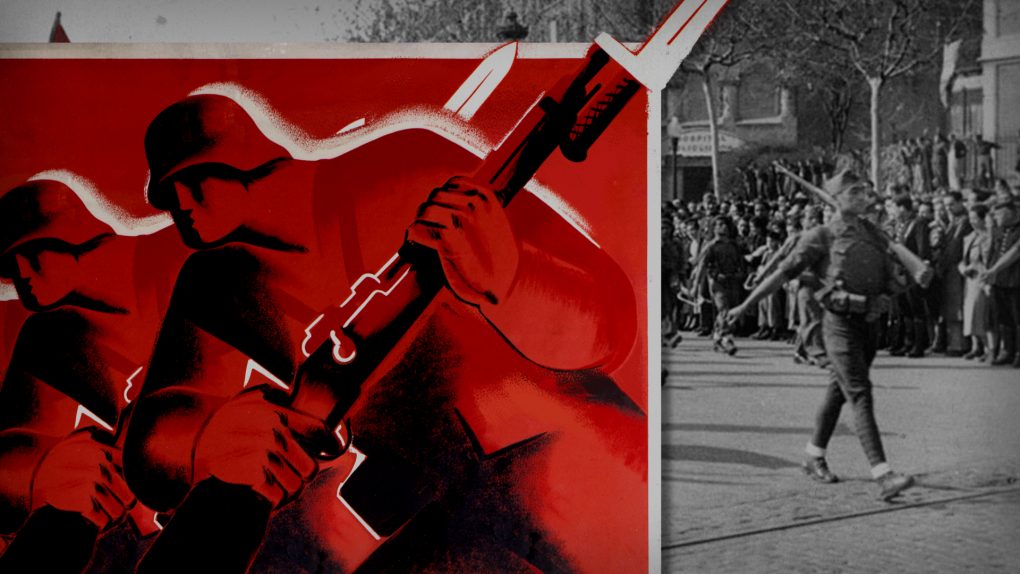