Conflictual european memories at the heart of the citizenship debate

Philologist Andreas Huyssen delivered the keynote speech of the sixth networking meeting of organizations active on the field of memory, citizenship and remembrance within the conference “European citizenship in times of challenges. Remember, engage, debate”, organized by the European Commission through the European Observatory on Memories of the University of Barcelona Solidarity Foundation with the collaboration of Barcelona City Council. During his speech the past 1st of June, the Columbia University professor proposed the concept of “global memory” through the analysis of the artistic discourses of Colombian Doris Salcedo, German Christian Boltanski and South African William Kentridge. According to Huyssen, while the limits of European citizenship can be defined politically, memories go beyond European borders. “Memories are multi directional nowadays”, he stated.

The networking meeting took place on the second day of the conference and was held at El Born Centre de Cultura i Memòries. The panels of debate and workshops allowed the leaders of the main projects on memories in Europe to exchange their most successful practices. The Commissioner of Memory Programs of the City of Barcelona, Ricard Vinyes, opened the meeting accompanied by the Deputy Mayor of Barcelona Jaume, Asens, the representative of the European Commission, Pavel Tychtl, and the historian Jordi Guixé, director of EUROM. “We started these networking meetings in 2011 in order to better understand local contexts and to approach the complexity of European memories,” said Tychtl. EUROM’s director stressed “the emergence of creative memorial processes” in which “public debate and controversy” are key elements. 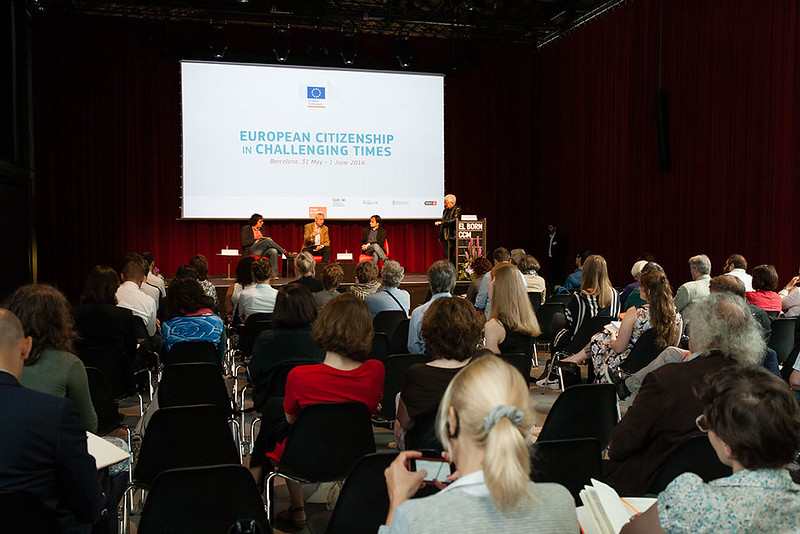 During the panel on memory, citizenship and solidarity, professor of Islamic and Middle Eastern Politics at the University of Denver, Nader Hashemi, engaged the debate with his statements on the situation of Syrian refugees. “What is happening in Syria does not stay in Syria,” said Hashemi, for whom the origin of the so-called refugee crisis lies in serious problems of international politics. “Colonialism is still alive and the memory of imperialism is currently used for extremist alternatives,” he summarized, emphasizing the need for a transationalization of memories to find solutions.

Siobhan Kattago, philologist at the University of Tartu (Estonia), pointed that we should not forget that the history of Europe is “a history of wars, genocides and expulsions,” and in this sense the current refugee crisis proposes a new lens to understand the process of construction of European memories. As an example, she highlighted the “irony” of building walls at European borders after the fall of the Berlin Wall while Eastern Europe remembers the crimes of communism as part of the collective European memory. “I wonder if the memories of the refugee crises of the early twentieth century have been forgotten or if they are selectively remembered.”

During the second panel, the Commissioner of Memory Programs of the City Council of Barcelona, Ricard Vinyes, and the anthropologist Francisco Ferrandiz, from the Higher Council for Scientific Research in Spain (CSIC), analyzed the public policies of memory in Spain from the perspective of the recent experiences in Barcelona and the approval of the Spanish Law of Historical Memory in 2007. Presented by historian Montserrat Duch, the debate concluded with an open discussion on monuments and Francoist symbols.

The two workshops that followed the debates presented the main guidelines of memorial projects with greater impact today in different parts of Europe. Social and civic participation stood out as a common strategy of many local projects such as the Living Memorial Budapest, as well as on transnational examples such as Euroclio, an NGO formed by high school teachers from Spain, Italy, Germany, Hungary and France and whose objective is to develop critical educational tools on the recent history of these countries and Europe.

The second workshop identified and discussed the experiences of European networks on memory through the examples of the European Network Remembrance and Solidarity (ENRS), based in Poland; Memory Lab, Germany; Mémoires européens des Frontières, led by the University of Perpignan Via Domitia and EUROM; Instituto Nazionale per la Storia del Movimento di Liberazione in Italy (INSMLI); Mémorial de la Shoah in France; International Committee of Memorial Museums in Remembrance of Victims of Public Crimes (ICMEMO); and Contemporary Social and Archives (ASKI), Greece.

Historian Bruno Groppo, from the Centre National de la Recherche Scientifique (CNRS) closed the session with an overview of Russian memories, with emphasis on the memory of Stalinism in post-Soviet Russia. “Currently, half of the Russian population has a positive image of Stalin as a military leader and responsible for the modernization of the country.” According to him, the reconstruction of this memory feeds a series of tensions with the memories of the neighboring countries, especially the Baltic countries and Poland. At the heart of these conflicts stands the memorialization of the Russian resistance to the German invasion and the victory of the Red Army over Nazism, “the only positive episode” that emerges from the reconstruction of Russian history after the end of socialist regimes, a memory that includes a series of massacres and violence.

The closing ceremony of the conference was attended by the Deputy Head of Unit of the DG Home Affairs of the European Commission, Marc Richir, the Councillor of Participation of Barcelona Gala Pin, and the Vice Rector of the University of BarcelonaCarme Panchón. They thanked both the organization and the audience for their active participation. “It has been successful in participation and assistance, but also in terms of the quality of the discussions”, stated Gala Pin, who stressed the importance of the recovery of democratic memories for the construction “of a new Europe for everyone.”

Memory as transforming agent of citizenship

The conference “European Citizenship in Challenging Times. Remember, Engage, Debate!” was held in Barcelona on May 31 and June 01 in order to bring the EU closer to citizens and contribute to the understanding of the history and diversity of Europe. The debates began on 31 at the University of Barcelona with the intention of shedding light on key issues of the two main strands of the program Europe for Citizens, represented by citizens groups and memory networks. The presentation was held by the Vice Rector of the University of Barcelona, Carme Panchón; the Director of Justice and Consumer Affairs of the European Commission, Francisco Fonseca Morillo; the director of the European Observatory on Memories, Jordi Guixé; and the Director of International Cooperation of the Government of Catalonia, Manel Vila.

Jordi Guixé remarked that memory is a central issue of civic and democratic values , “a transforming agent,” which reminds us of the “resistance to violence and exclusion.” Manel Vila asked for more generosity for refugees, recalling his own life as the son of an exiled man who was locked up in a field during the Civil War and grandson of a republican buried in a mass grave. “I cannot forget to remember the silence on Sarajevo,” said the founder of the Foundation District 11. “One day the same will happen with the current refugee crisis.” Francisco Fonseca Morillo pointed to the need to promote a sense of belonging in order to make way for a true European civil society, while Carme Panchón stressed that public participation is a needed element to articulate social and political changes within the European Union.

The Polish journalist, Adam Michnik, recently awarded the Ortega y Gasset in Spain, was in charge of the opening conference. The chief editor of the newspaper Gazeta Wyborcza revealed his concern about the “revival of nationalism and extremism in Europe.” According to Michnik, we should not underestimate the “fragility of democracy.” “Democracy lost in Weimer because anything seemed better than liberal democracy. If the world is not fair, you must create a new one – that was the discourse of the great utopies” of the twentieth century. “And if today we hear similar stories about the annihilation of the European Union, we must remember how that ended. ”

On 30 May, participants were welcomed at the Paranimf of the University of Barcelona with the concert “We’ll do the revolution and we’ll do it again”, a recital by singer Lídia Pujol with a series of protest songs aimed to express a critical view of citizenship and an active confrontation against justice. The pianist Manel Camp performed his work “Requiem to Walter Benjamin”, dedicated to the German philosopher who died on September 1940 in Portbou, Catalonia, in the border of Spain and France, while fleeing from the Nazis in an attempt to arrive to Portugal and sail do America. The show was conceived in remembrance to the refugees of the twentieth century and as a tribute to those currently arriving at the gates of Europe searching for asylum. 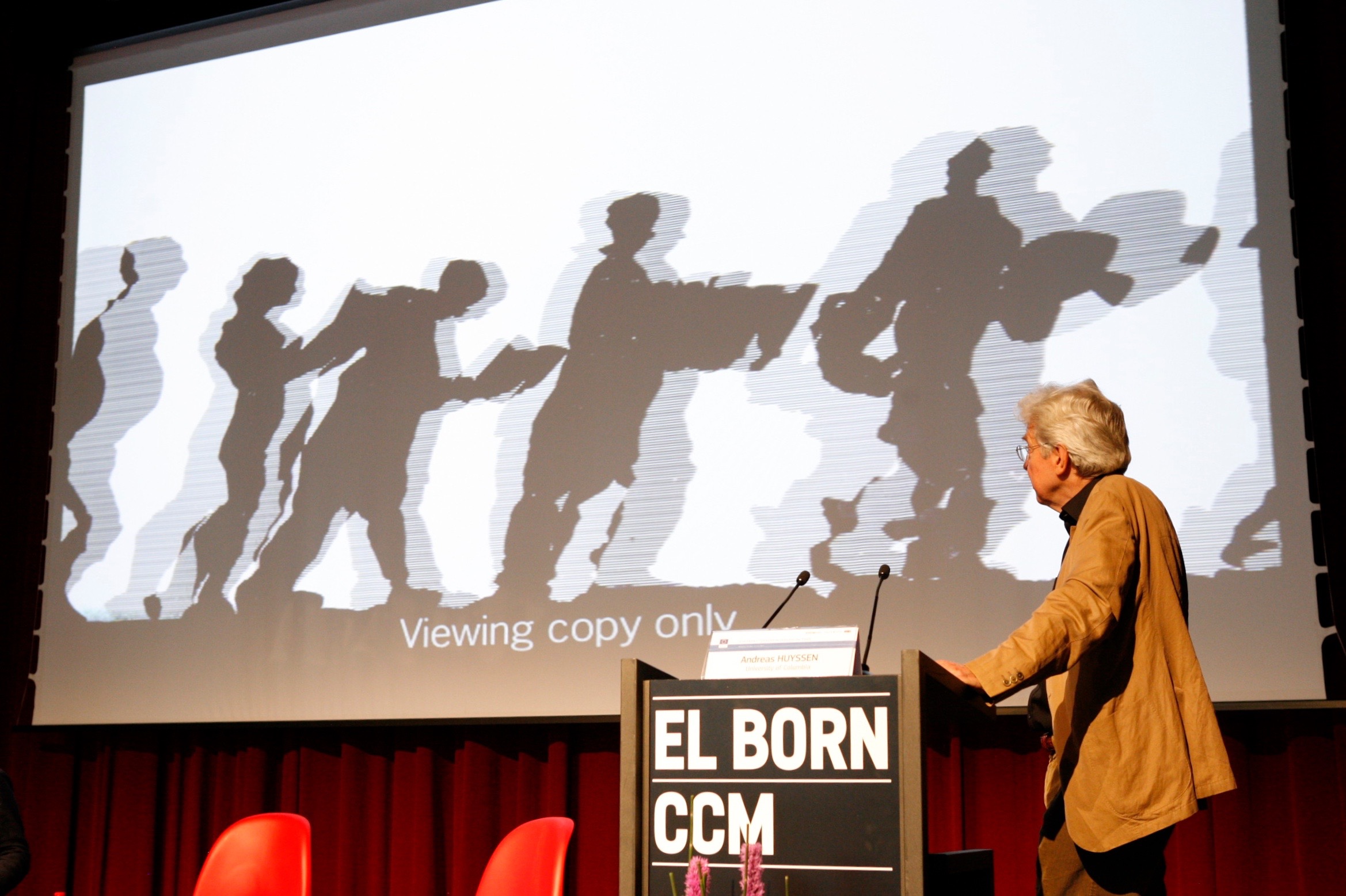