A new historical route organized in collaboration with the Associació Conèixer Història seeks to encourage reflection, debate and citizen participation around this “uncomfortable memory” in the city.

“During the eighteenth and nineteenth centuries is estimated that moved about ten million slaves from Africa to America. 15% of these slaves died during the journey. ” It’s one of many details that explains the historian Oriol López, coordinator of the European Observatory on Memories (EUROM), during the route “The legacy of slavery in Barcelona, monuments and public space. ” The aim of this activity is to promote debate about the treatment of characters linked to slavery in the city’s public space.

The route begins and ends at the foot of two monuments in memory of employers established in Barcelona in the nineteenth century that made the Americas: Joan Güell’s monument, on the junction of Gran Via de les Corts Catalanes and Rambla de Catalunya, and Antonio Lopez, in the square that bears his name. The route includes several points of the city center which witnessed the presence of slaves in different historical moments. This is the case of the Cathedral Square, which was an important point for the sale of slaves during the Middle Ages. In fact, it is estimated that 10% of Barcelona’s population at the time were slaves. On the other hand, since the nineteenth century, Catalonia Square was the scene of demonstrations in favor of the abolition of slavery.

“We put on the table and discuss these monuments and spaces from a professional point of view, but also from the point of view of public participation,” said the historian Jordi Guixé Corominas, director of the European Observatory on Memories during the presentation of the route last March. 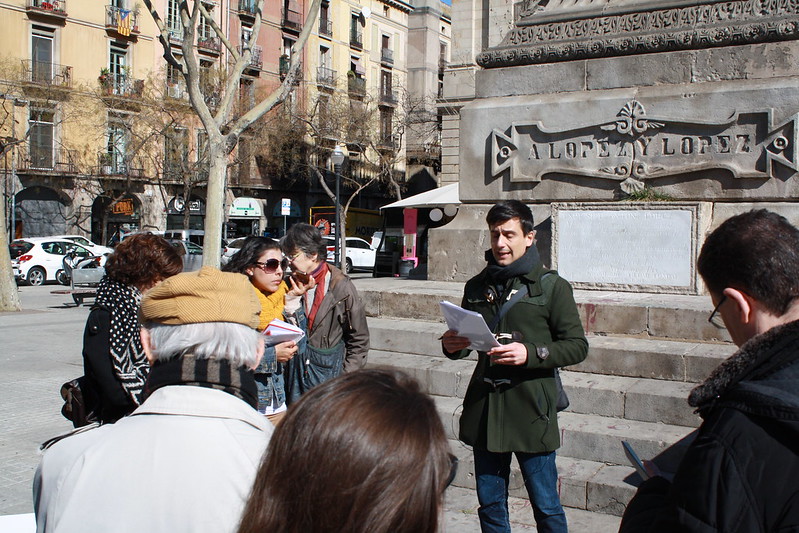 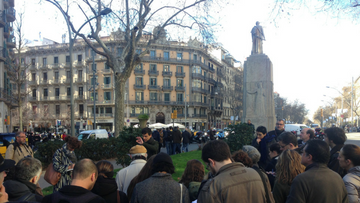