From 19 May to 5 June, the Faculty of Geography and History of the University of Barcelona (UB) hosts the photo exhibition “Armenia, 100 anys després” (Armenia, 100 years later), which remembers the Armenian genocide that took place one hundred years ago. The exhibition shows photographs taken by the photojournalist Andreu Fernández (Barcelona, 1974) for the last six years, and historical texts written by David Devesa that describe the events happened one hundred years ago. Some photographs were taken on the scene of the genocide, some on last year’s remembrance day, and others were taken in Barcelona, like the portrait of Souren Mirakyan Dikranyan, a survivor born in Izmir in 1909 who was exiled to Greece. After living some years in Argentina, he moved to Barcelona, where he died in 2010.

On the occasion of the opening of the exhibition, the European Observatory on Memories of the UB Solidarity Foundation organises a round-table talk on Thursday 21 May, at 6 p.m. in the Aula Magna of the Faculty. Participating speakers are: David Bondia, professor of International Law at the UB; Armen Gabriel Sirouyan, spokesman on the Armenian genocide centennial; Sarkis Habobyan, representative of the Armenian association in Catalonia Ararat, and Andreu Fernández. The discussion will be presented and moderated by Dr Carme Panchón, vice-rector for Administration and Organization of the UB.

The Armenian genocide, which took place between 1915 and 1921, is considered the first modern major organized killing, after the extermination of Herero in Namibia. In fact, it is the second most studied event throughout the history, after the Holocaust. It is estimated that there were more than one million victims but Turkey has not recognised them yet. On the contrary, the United Nations and the European Union fully recognise the genocidal nature of the atrocities committed against Armenians. 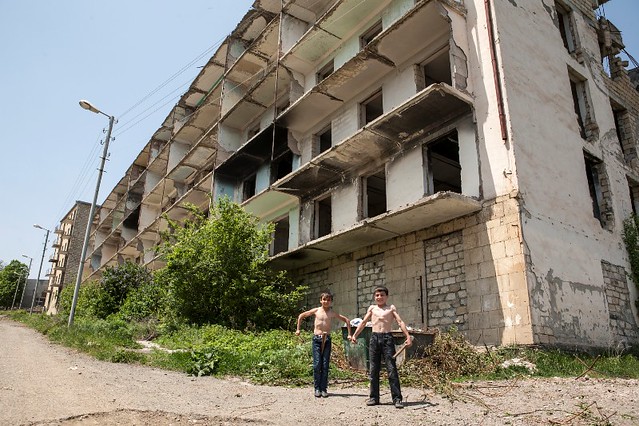