Promoted by the European Observatory on Memories of the University of Barcelona Solidarity Foundation and the Foundation of the Peace Museum of Guernica, the colloquium “Fall and rise: heritage reconstruction after war” will highlight the processes of reconstruction after the war in Spain and Europe and will address the experience of preservation conducted by Heritage for Peace during the war in Syria.

The seminar will address social, political and urbanistic aspects of reconstruction through contributions of more than 15 experts from universities and institutions of the Basque Country, Catalonia, Spain, Germany, France, Austria, Slovenia and Syria. Dr. Jordi Guixé, director of the European Observatory on Memories will focus his intervention on “Death Places, live memorials. Spaces of Memory in Europe” during the second day of conferences. The activities will conclude the morning of October 3 with laboratory workshop “Citizen Practices for (re) construction of memory and territory”, given by the Zaramari Bilbao collective, as part of its action plan Urban Bat.

“Fall and Rise” marks the end of the temporary exhibition “The reconstruction of heritage in post-war regions devastated in Guernica” that offers a journey on the reconstruction of the city after the bombing. The pictures of this exhibition, held by the Peace Museum of Guernica, will be available for itinerancy from 5 October 2015.

The international seminar has been organized in collaboration with the Documentation Centre of the bombing of Guernica and the University of Perpignan Via Domitia with the support of the Secretariat of Peace and Coexistence of the Basque Government and the European Commission. The symposium is also integrated into the programming “40/40 Franco: Franco’s regime in quarantine”, a series of activities and cultural events organized by EUROM with the aim of analysing the Franco regime after 40 years after the dictator’s death. 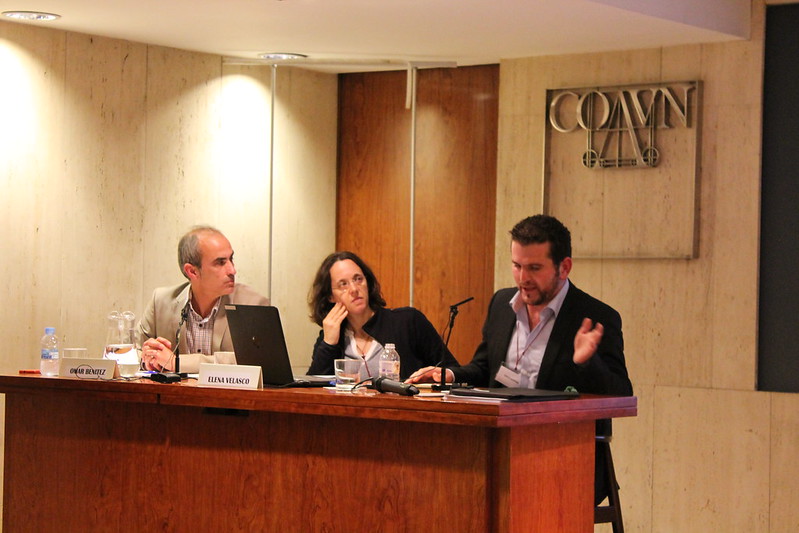