Closed on Mondays, the 1st of January, the 1st of May, Ascension Day, November 1st, and the 25th of December

Young People (12-26), Senior Citizens (65+), Groups of 12 or more visitors (Group reduction can be combined with other discounts), Annual ticket holders, Members of the Davidsfonds: 6 euros

Children (Under 12), School groups with accompanying teacher (reservations can be made at [email protected]), Supervisors of visitors with a handicap, residents of Antwerp that hold an A-card, Antwerp City Guides, Friends of Antwerp Museums Card Holders: free

Free entrance on the last Wednesday of every month 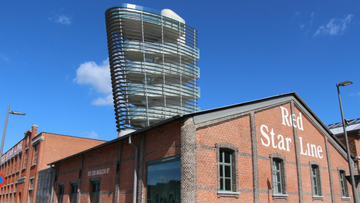 The Red Star Line was founded in 1872 in Antwerp as the Société Anonyme de Navigation Belge Américaine (SANBA). Its creation was a joint effort between the International Navigation Company, a shipbroking company started by Peter Wright & Sons a year prior, and their Belgian trade partners Jules Bernard von der Becke and William Edward Marsily. Clement Acton Griscom, one of the partners of Wright & Sons becomes the Chairman of the company. Unlike the American Line, which sailed to Liverpool and sailed under the American flag, the Red Star Line sailed under the Belgian flag, hereby avoiding the additional costs imposed by American national legislation for both the construction and crew of its ships and gaining significant financial and logistic support from Belgian authorities. 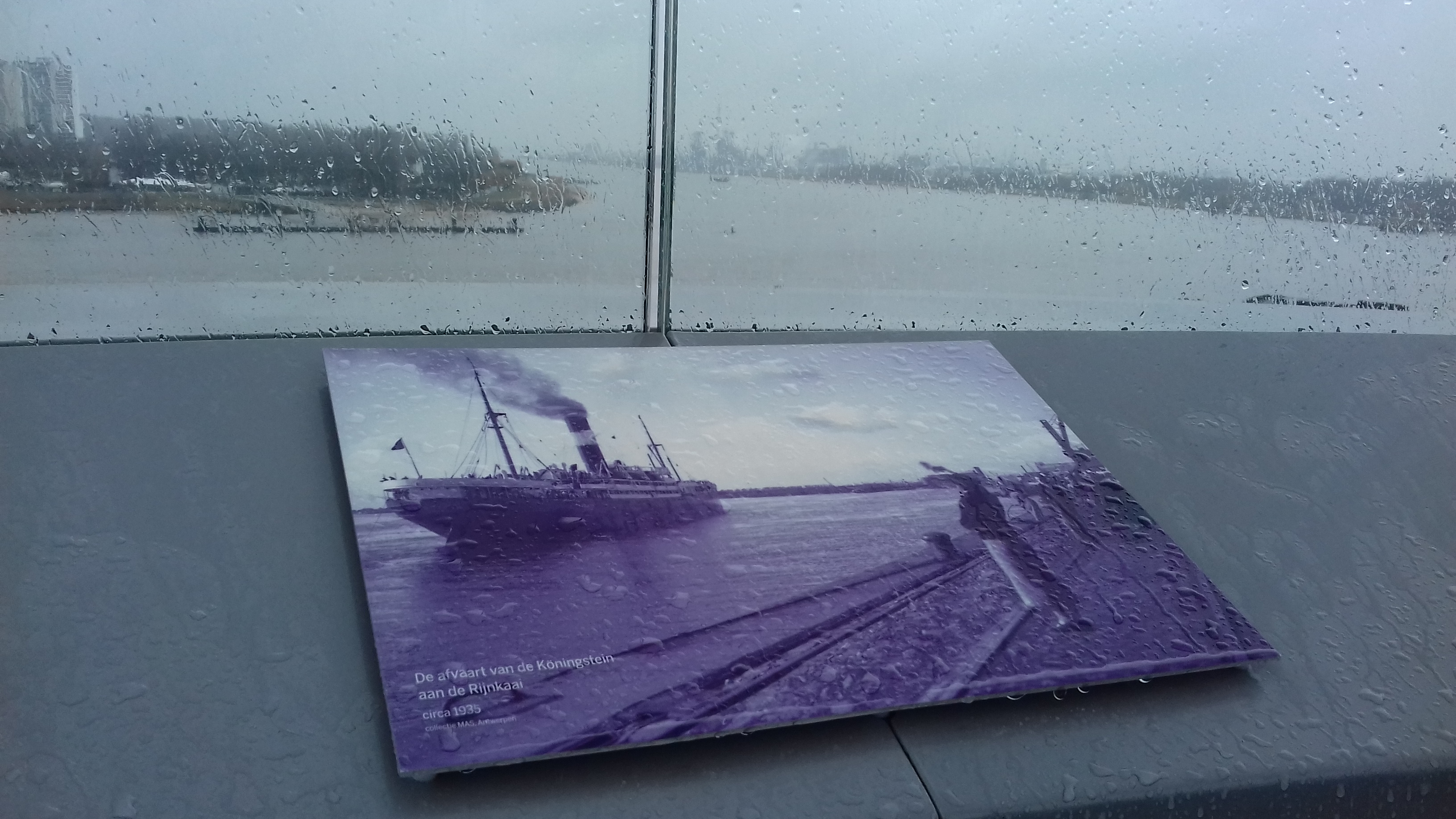 Funding for The Red Star Line is largely provided by the the Pennsylvania Railroad Company, which at the time wished to compete with New York as the main port of arrival for trans-Atlantic steamship lines, instead luring them to the port of Philadelphia, from where their railroad network spread across the continent. In 1984 however, the Red Star Line, motivated by Belgian governmental subsidies to lines from Antwerp to New York, would send a large portion of its ships to New York instead.

On January 20, 1873, the S.S. Vaderland (Fatherland), the first ship of the Red Star Line, set sail to Philadelphia. Since then the Red Star experienced a rich history of setbacks and successes, all firmly rooted in and connected to social, historical, economic, and technological changes and contexts. The economic crisis of the mid-1870 led to a sharp drop in immigration and to ruthless competition between the different trans-Atlantic lines. In 1884, the International Navigation Company took over the American Line, sailing between Liverpool and New York. In 1886, it further acquired the English Inman line. These actions were part of a larger environment of mergers and cartels to neutralize the fierce competition and price wars. Shipping activities were further restructured, and the Red Star Line was incorporated in the larger International Navigation Company of New Jersey.

In 1902, the American financer and banker J.P. Morgan started a new shipping conglomerate under the name of the International Mercantile and Marine Company. The International Navigation Company of New Jersey, of which the Red Star Line was a part, was similarly incorporated in this larger conglomerate. The Red Star Line would reach its peak in 1913, and transporting over 117.000 passengers per year to and from the United States, with around 90.000 of these passengers traveling second and third class. With the break out of the first war in 1914, Germany invades Belgium. The fleet of The Red Star Line is evacuated to Liverpool and begins operating under the British flag. The ships were used for either infirmary, cargo transport, or troop deployment purposes. Immigration from Antwerp comes to a total standstill.

In 1919, the Red Star Line returns to Antwerp and the line further opens new departure ports in Libau (Russia), Danzig (Poland), and Hamburg (Germany). Halifax, in Canada, will become one of the new destination ports. In 1921, the United States heavily restricts their immigration policies, and the stock market collapse of 1929 will be the nail in the coffin for the Red Star Line. In 1934, the company transports less than 4,000 passengers. At the end of the same year it would be purchased by the German-American ship-owner, Arnold Bernstein. In 1939, the Jewish Bernstein is imprisoned by the Nazi’s and the German bank seizes all his assets. Until 1950 the Red Star Line route between Antwerp still sails, but its glory days are long over.

The Red Star Line museum was officially inaugurated in 2013. It is situated in the original warehouses of the Red Star Line, where passengers and their baggage were disinfected, passengers underwent medical checks, and where it was decided which passengers would be allowed to make the journey to the United States or Canada. The warehouses, which were restored in 2013 by the same company that made the restorations for the Ellis Island National Museum of Immigration, function as a lieu de mémoire and lie at the crux of the museum. Visitors ‘walk in the footsteps’ of these emigrants and for a large part follow the route they would have taken through these buildings.

The main exhibition further showcases 8 steps detailing passengers broader journeys, focusing on a travel agency in Warsaw, a train compartment, the interior of a ship, arrival at Ellis Island, and a new future in the United States. The museum hereby functions on multiple layers, presenting a local story of the city and its harbor, a Belgian component or a European story, detailing the journey of European emigrants to Antwerp, the national restrictions they dealt with, and their reasons for leaving (antisemitism, poverty, following in the footsteps of family and friends, leisure etc.), an American story, and finally also a universal story.

This larger universal context, and the connection between emigration and immigration then and now, is emphasized in the museum. The first room visitors enter details large immigration and emigration movements through the centuries, and a large globe construction filled with flat screens shows videos of different contemporary immigration questions in the news.

The museum hereby portrays immigration as something of all times, and presents the particular history of the Red Star Line within this context. At the end of the museum this theme is further highlighted with exhibitions dedicated to immigration in Antwerp today, personal stories of immigrants in society, a video-installation of artist Hans Op de Beeck aimed at reflecting on the connections between historical and contemporary immigration and emigration, and the archive project of the museum that collects personal stories of visitors, their connection to the Red Star Line, and their current experiences with immigration and emigration. 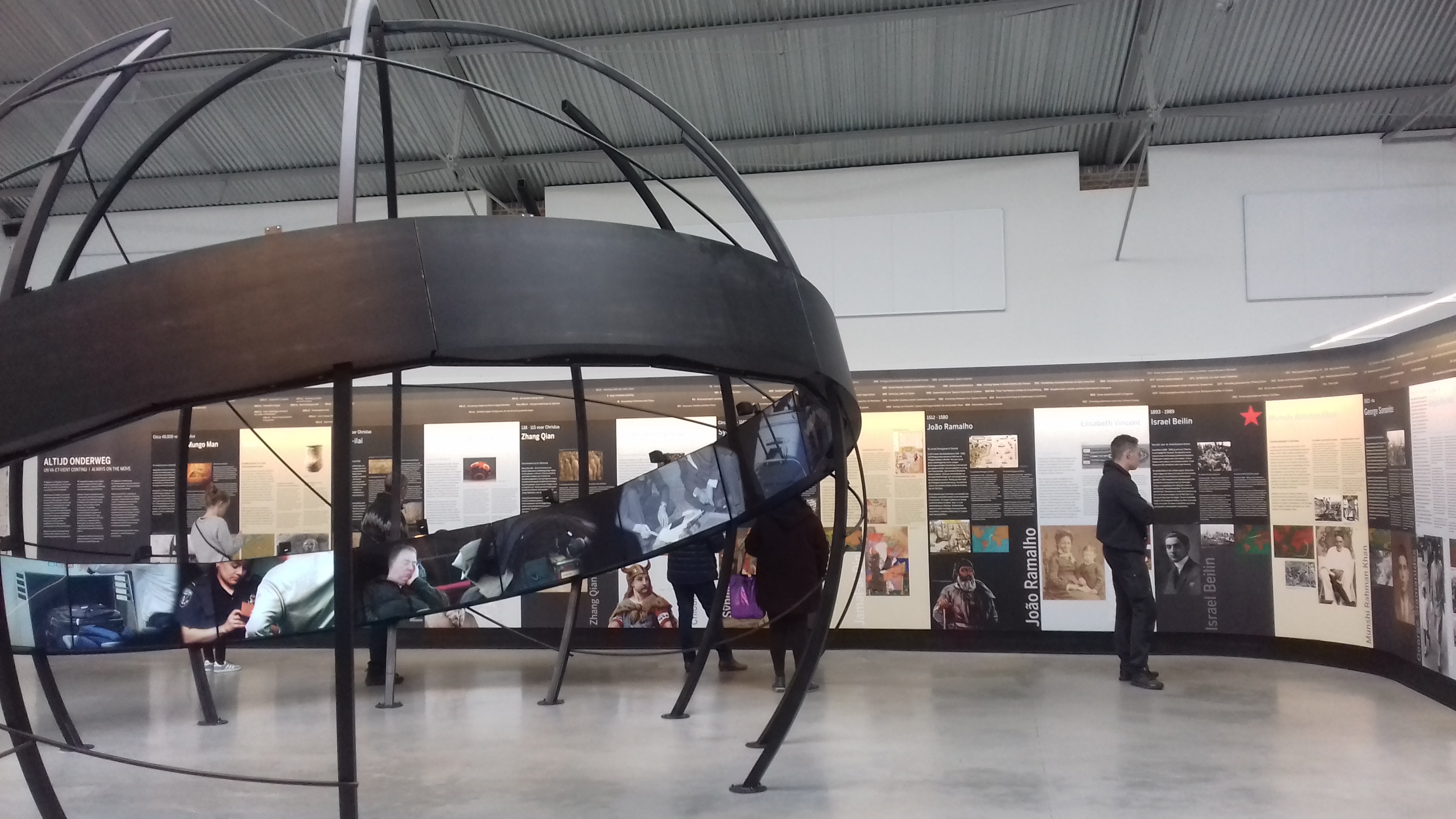 While detailing the specific history of diverse experiences of passengers of the Red Star Line, the musuem also functions as a larger migration themed museum that encourages visitors to critically reflect on their assumptions. The focus on personal experiences however does sometimes obscure the more corporate aspects of the history of the company, which could have added a valuable dimension, and realities such as return emigration sadly still remain largely unexplored. All in all however the museum offers a very immersive experience that allows visitors to reflect on both historical and contemporary migration and to explore the connections between the two.