In order to crush partisan resistance in Ljubljana, Fascist Italy carried out raids beginning in February 1942 and the majority of arrested civilians were sent to Rab (or Arbe in Italian), the largest concentration camp in Italian-occupied territory. Established in July 1942, the camp held 10,000-15,000 people until it was disbanded in September 1943. Rab was notorious for having the worst sanitary and living conditions of all the Fascist camps.

Today, the island of Rab, located off the coast of Croatia, is a popular tourist destination. At first glance, one would be surprised to learn that it was once the site of not one but two Fascist internment camps. The two camps, one to protect foreign Jews and the other to intern ex-Yugoslavian civilians, were situated next to each other so as to underline the differences in Fascist policy. Somewhere between 12-22% of the inhabitants of Ljubljana were interned in various concentration camps and about 3500-4,700 died in Rab alone. 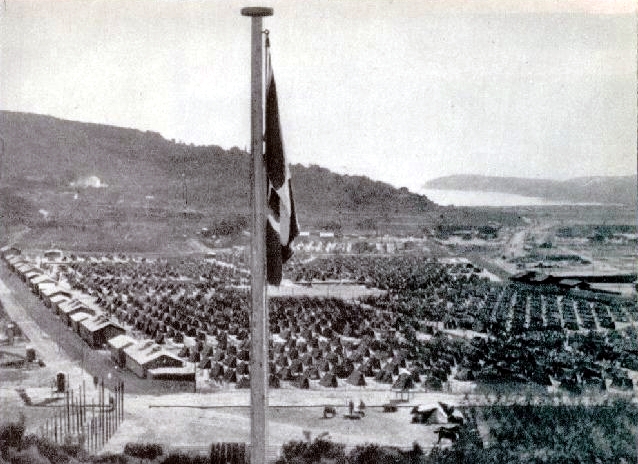 At its peak, Rab held as many as 15,000 internees. For several months, they were forced to live in small worn-out tents in muddy fields that were often inundated with water due to poor drainage and flooding, causing many children to drown and leaving the new internees without clothes or viable provisions. Fascist officials did not address the issue until the death toll approached the several hundreds. The mortality rate in Rab was so high that toward the end of the camp’s operation in the period between late 1942 and the 8th of September 1943, women, children, and the elderly previously held in the Rab camp were transferred to the Gonars camp. The new internees arrived dying from hunger, suffering from edema, beriberi, scabies and lice. 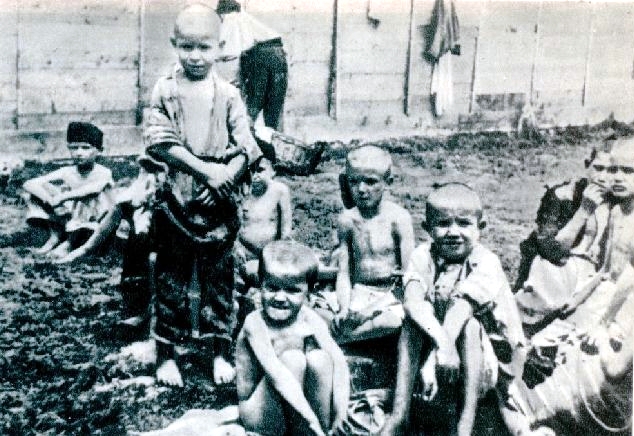 As early as 1953, a memorial was set up at the camp’s former site/cemetery. The memorial site is located in Kampor Bay on the island of Rab – reachable by ferries from the mainland (Jablanac) as well as from the larger and even more popular island of Krk. Over 70 years later, all that remains of Rab camp is an empty field with a single commemorative plaque (placed on the 50th anniversary of the camp’s creation) with the names of 1,033 victims that could be identified, roughly a third of the actual number of victims of the camp which is estimated to be over 3,500. 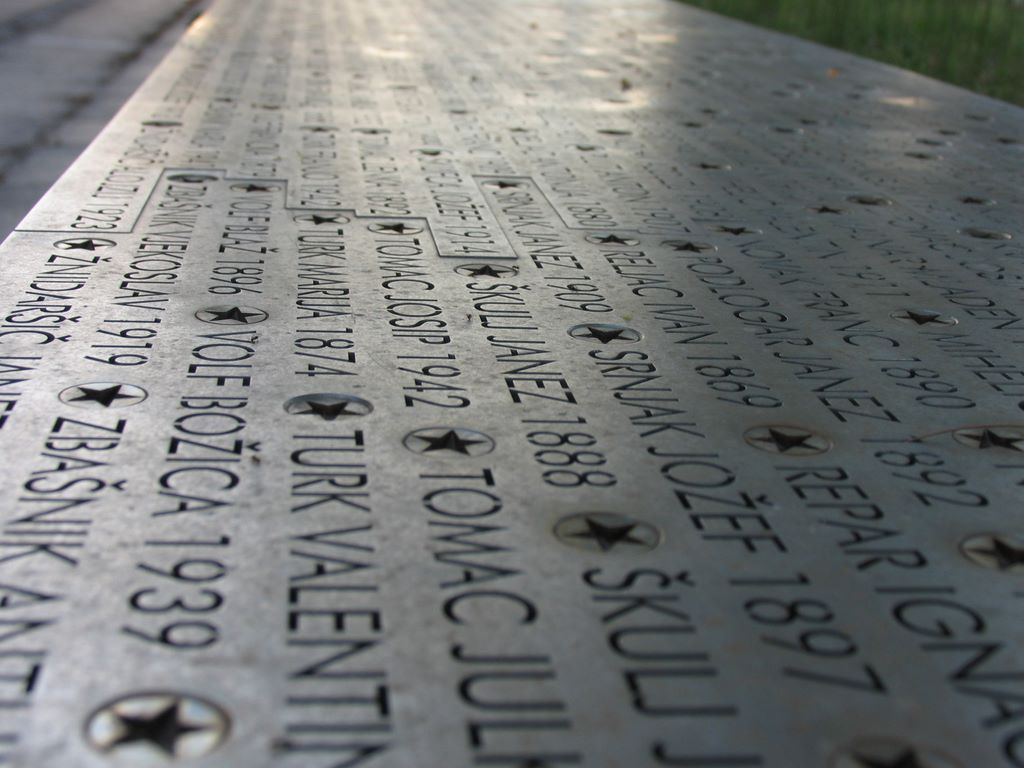 Before Italian Fascism became a reality in 1922, anti-Slavic propaganda in Italy had already entered the public sphere. In a campaign seeped in irredentism, Italy attempted to reclaim areas of Yugoslavia as part of its lost homeland and to ‘rehabilitate’ the significant Italian populations living, for example, in Austrian Dalmatia. In accordance with the 1918 Armistice of Villa Giusti with Austria-Hungary after the end of World War I, the Kingdom of Italy annexed South Tyrol, Trieste, Gorizia, Istria and Udine. Race laws that demonized ethnic Slavs were enacted in an attempt to snazionalizzare (denationalize) the population and force cultural and ethnic assimilation. Civil liberties were restricted, surnames were Italianized, public demonstrations were made illegal, and the speaking of Slavic languages along the Julian March was banned.

With the rise of Fascism in Italy came the increased use of exile and internment to immobilize opposition and remove undesirables from society. This increased use of repression and the conditioning of Italians to become complacent towards the policies of the regime were only enabled because of the widespread use of violence at this time; violence became legitimized and accepted in the social sphere. Davide Rodogno, author of Fascism’s European Empire: Italian Occupation During the Second World War, argues that to achieve this ethnic cleansing, anywhere from 100,000 to 150,000 ex-Yugoslavian civilians and prisoners of war alone were interned from 1941-1943. From Italy’s entry into World War II in June 1940 to the signing of the unconditional armistice in September 1943, there existed two types of civilian internment camps: those run by the Ministry of the Interior, and those established after early 1942 by the Regio Esercito.

The ethnic cleansing of ethnic Slavs and the Italianization of the area meant that the eventual internment of thousands of ex-Yugoslavian civilians was unsurprising, tracing its beginnings to at least two decades earlier. Mussolini was particularly hostile to the ‘Slavic race’ and he argued in a September 1920 speech that, “500,000 barbarian Slavs could be sacrificed for 50,000 Italians.”