In the context of the German unification in 1870 and the outbreak of the French-German war of 1870-1871, there was a growing realization in Belgium that threats might not merely stem from the French, but also from the German side. In 1906, the law titled ‘plan to defend Antwerp and develop the port facilities of the city’ is adopted, and in 1909 the construction of a nearly 95-kilometer defense line of forts surrounding the city commences. Fort Breendonk, then still known as Breedendonck, was one of these forts.

When the First World War broke out in July 1914, the destruction of nearly 200 homes in the town of Willebroek is ordered to clear the view for the fort’s gunners. Initially, with the invasion of Belgium on August 4, 1914, the German army was preoccupied with reaching Paris and decide to merely block off Antwerp. On September 9, however, the German general Von Besler is ordered to overtake Antwerp. Bombardments of forts in the defense line start on September 28, and on October 1 Fort Breendonk is bombed. Breendonk undergoes further heavy bombardments on October 8, and both the Fort and the city of Antwerp are taken the following day.

In the period between the two World Wars troops would be occasionally housed in the Fort. Documents saved about this period however are scarce. In the build up to the Second World War the forts in the defense line are deemed incompatible and nonadjustable to the requirements of modern warfare. Fort Breendonk is still considered as a potential headquarters for the King in the case of war. On May 10, 1940, King Leopold the Third arrives in Breendonk and addresses the country in a nationwide speech. It is further in Breendonk that he receives the commanders of the French and British armed forces. Amongst them general Billotte, who led the Northern allied forces offensive under which the Belgian army had been assigned. On the 16 of May, general Billotte gave the order to abandon the Antwerp-Namen defensive line.

After the Belgian surrender on the 28th of May, the German general von Falkenhausen became the Belgian military commander with the German commander Eggert Reeder serving as his righthand man and leading the military administration of the country. At the end of July 1940, the German police force, which was a part of the German SS, installed in Belgium. The following month the decision was made to install an Auffanglager in Breendonk to take in the prisoners of the police force. On September 20, 1940 the first prisoners were brought to the Fort. It wasn’t until after January 1941 that the number of prisoners would exceed 100.

In the first phase of Aufflanger Breendonk, the prisoners consisted of both Jewish, Political, and common law prisoners. Jewish prisoners were not being deported yet, but from 1942 they were then brought to the transit camp Dossin Kazerne in Mechelen and deported from there. Between July 1942 and September 1944, 25.274 Jews and 354 gypsies were deported from this transit camp.

While Jewish prisoners initially had composed about half of the prisoners in Aufflanger Breendonk, after 1942 only one in eight prisoners in Breendonk was Jewish. In this second period, Breendonk held in mainly political prisoners. These prisoners were never actually tried, but rather captured through the use of the Sicherheitschaft, which allowed for preventive arrests without trial. On June 22, 1941 the number of detainees in Breendonk doubled due to Operation Sonnewende and the mass arrests of suspected communists and leftists.

This large increase in prisoners in September 1941 led to the deportation of 100 prisoners to concentration camp Neuengamme near Hamburg.  Since this period, Breendonk started to function as a transit camp. Whenever the number of prisoners became uncontrollable, a convoy would be sent to one of the concentration camps, mainly Buchenwald. Other concentration camps that received prisoners from Breendonk included Mauthausen, Vught, Auschwitz (only the Jewish prisoners), and Sachsenhausen. In total about 3500 prisoners would experience ‘The Hell of Breendonk’.

The regime upheld in Breendonk was similar to that of a concentration camp. The prisoners were subjected to forced labor, severe rations, and daily brutalities, which led to the death of at least 98 prisoners. These horrible conditions were partially a result of the high guards/prisoners ratio, which stood at 1 guard for every 10 prisoners. These guards consisted of both German and Flemish SS personal, under which the notorious Wyss and De Bodt. Starting in November 1942 an additional 164 prisoners were shot and from May 1943 another 21 hung. These hardening circumstances paralleled the increasing resistance against the Nazi regime in Belgium. The increased and hardening resistance in Belgium, in 1942 led to the incorporation of a torture chamber in the camp for ‘sharpened questioning’ of detainees.

On September 4, 1944, the fort is ‘liberated’ by British troops. At this point, however, the fort was already completely empty. The last convoy of prisoners had been deported to Germany on the August 30, and the guards subsequently had disappeared. After liberation, the fort was used as a prison for collaborators and is known as Breendonk II. These prisoners suffer excessive retribution by guards such as the notorious ‘aunt Jeanne’, Jeanne Hoekmans, who shaved the heads of female collaborators, stripped them naked, and drew swastikas on their breasts. It is also unclear how many collaborators were killed in the fort during this period.

On October 17, 1944, the Belgian minister of Justice orders the evacuation of the fort. Prisoners are sent to the Dossin Kazerne in Mechelen, and Breendonk becomes an internment center of the Belgian state. It remains in this role until August 19, 1947, when it officially becomes a remembrance center. 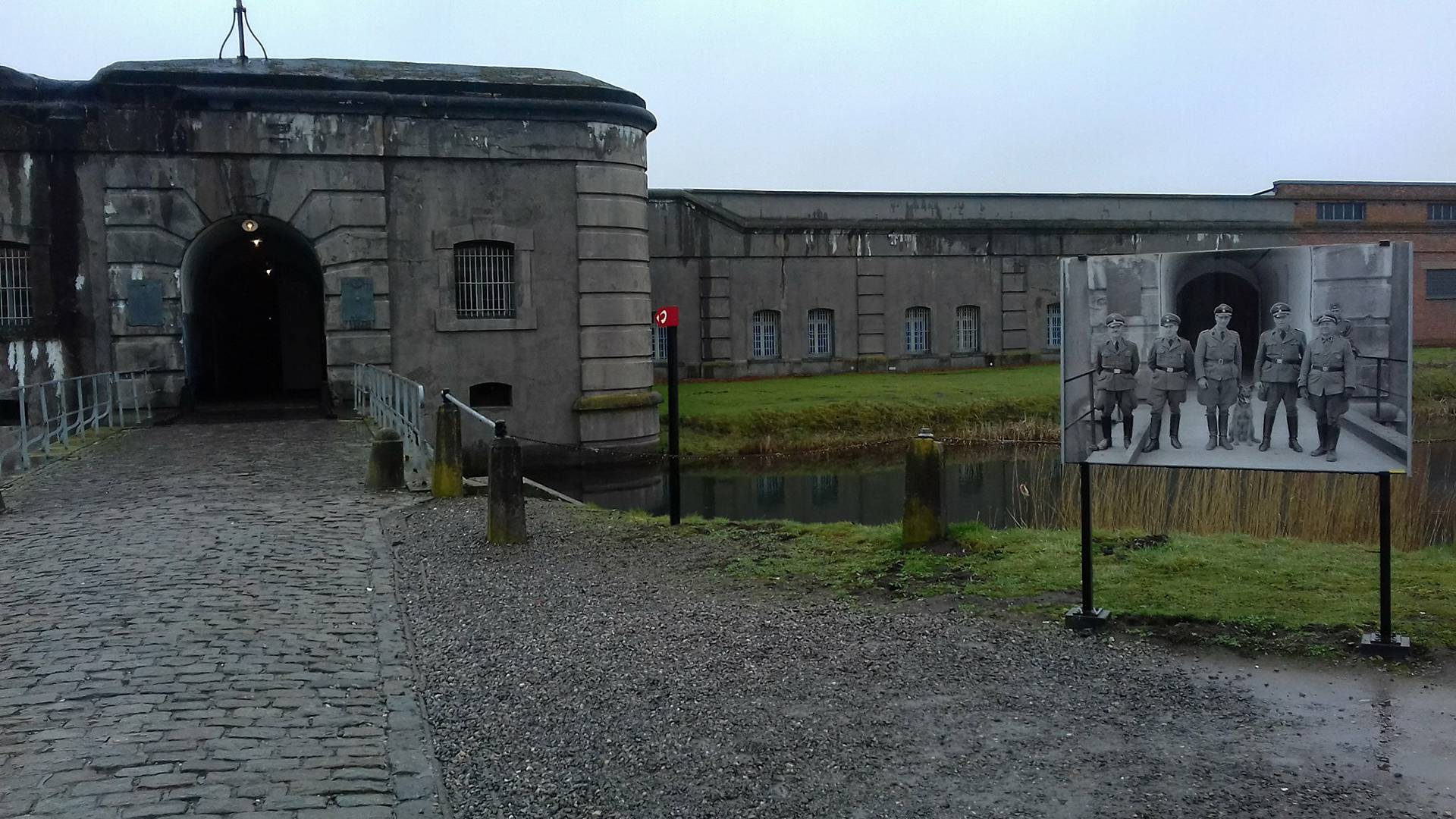 Because many German SS guards left before the ‘liberation’ of the fort, many of them evaded the post-war Belgian trials. It was mostly Flemish SS guards and a few prisoner guards, who had collaborated with the guards and committed atrocities, that were arrested and tried by the Belgian authorities during the process of Mechelen on May 7, 1946. Of the 23 detainees on trial 16 were sentenced to the death penalty, 4 to life in prison, 1 to 20 years of forced labor, 1 to 15 years in prison, and 1 was acquitted.

While Fort Breendonk only knew a small number of prisoners compared to other camps, it is one of the best-preserved camps in Europe. The initiative for the remembrance center started by one of its former prisoners Gaston Hoyaux in 1946. On August 19, 1947, Prince Karel signs the law for the establishment of the national remembrance center, making it an autonomous public institution with a council of ex-prisoners and representatives of ex-prisoners. The main two goals of the national remembrance center were defined as maintaining and upkeeping the fort, and keeping the memory of the fort alive in the nation and encouraging patriotism. Due to its marginal position within the larger landscape of concentration, transit, internment, and labor camps, the remembrance center, while delving into the specific history of Breendonk, is also positioned as a symbol for the suffering, cruelties, and atrocities that dictated this larger landscape. The connection with this larger landscape is reflected in the display of urns holding the ashes of Belgians who did not survive the camps Majdanek, Natzweiler, Neuengamme, Ravensbrück, Stutthof, Treblinka, Theresienstadt, and Vught, which are surrounded by walls displaying the over 3500 names of all those that were imprisoned in Breendonk. 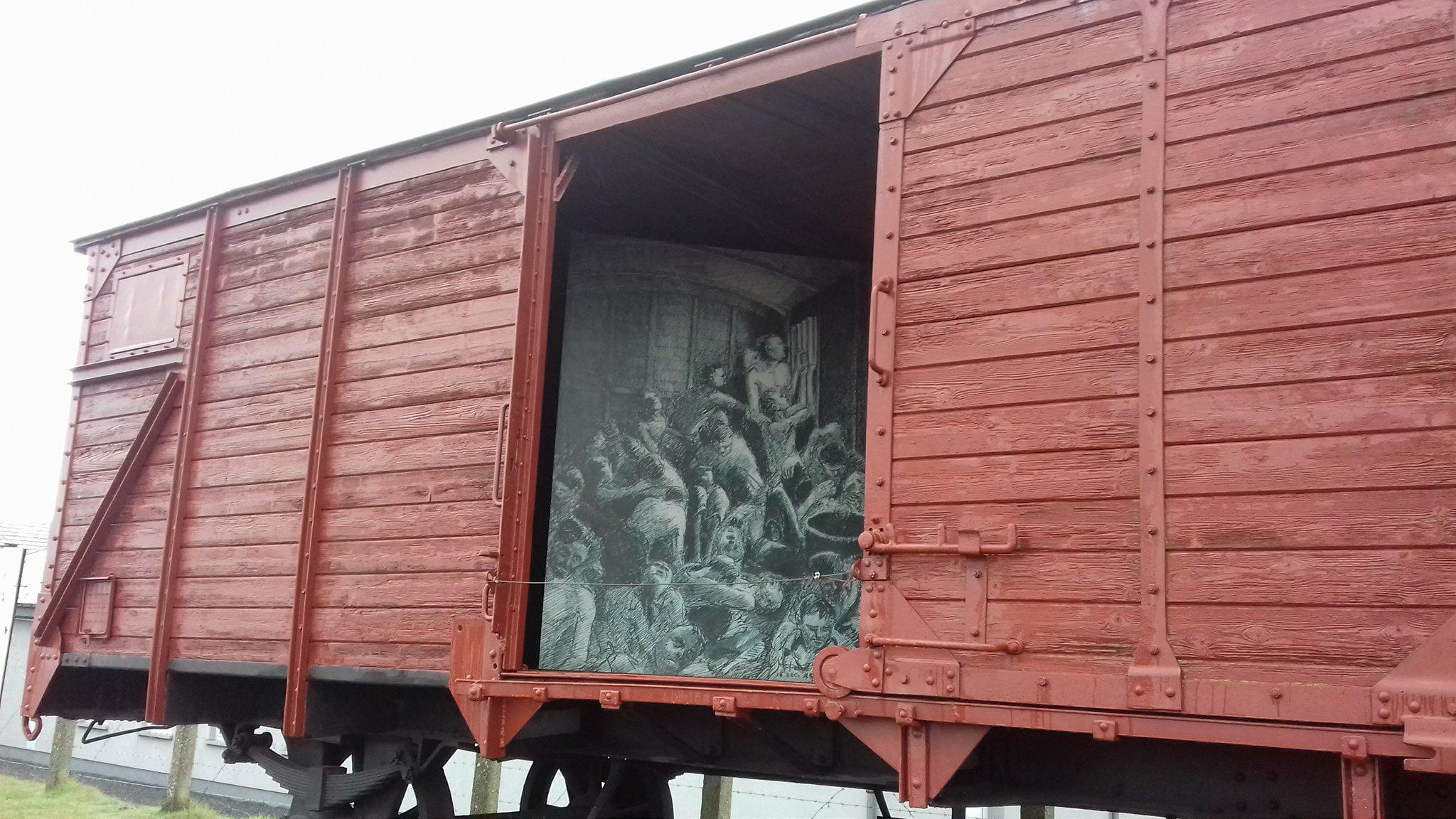 Due to its dedication to keeping the national memory of the fort alive and inspiring patriotism, the main activity of the fort is educational. Annually the fort receives between 60.000 and 65.000 students. While the educational function naturally focusses on the specificities of its historical context, it also aims to create understanding into the establishment of a totalitarian ideology, and to draw parallels with contemporary contexts. To accomplish this, the memorial center often organizes seminars in coordination with schools prior to their visit to Breendonk and works together with the organization School Zonder Racism (School without Racism) and their workshop ‘Oogkleppen Alf’ (Blinders Off!), which aims to create recognition of prejudices and to highlight the link between prejudices and racism.

The fort itself further contains an interactive room where visitors can engage with an online database project of all the prisoners in the fort titled ‘ik ben geen nummer’ (I am not a number), which retraces their histories and attempts to retroactively give them all a name and an image. Similar efforts are made in a room with audiovisual testimonies of former prisoners of Breedonk that survived the camps they were sent to, and the exposition ‘Deportation and Genocide (1939-1945)’.

Walking through the fort itself further has an experimental pedagogical function itself. When following the audio tour through the fort visitors hear screams and voices that simulate the experience of being in the fort during the times of the Nazi occupation. This experimental factor is strengthened by the well-preserved nature of the fort. The different rooms and cells further offer an educational context to these experiences, which to a certain extent properly contextualizes the simulated experience. It however remains a highly emotional experience. 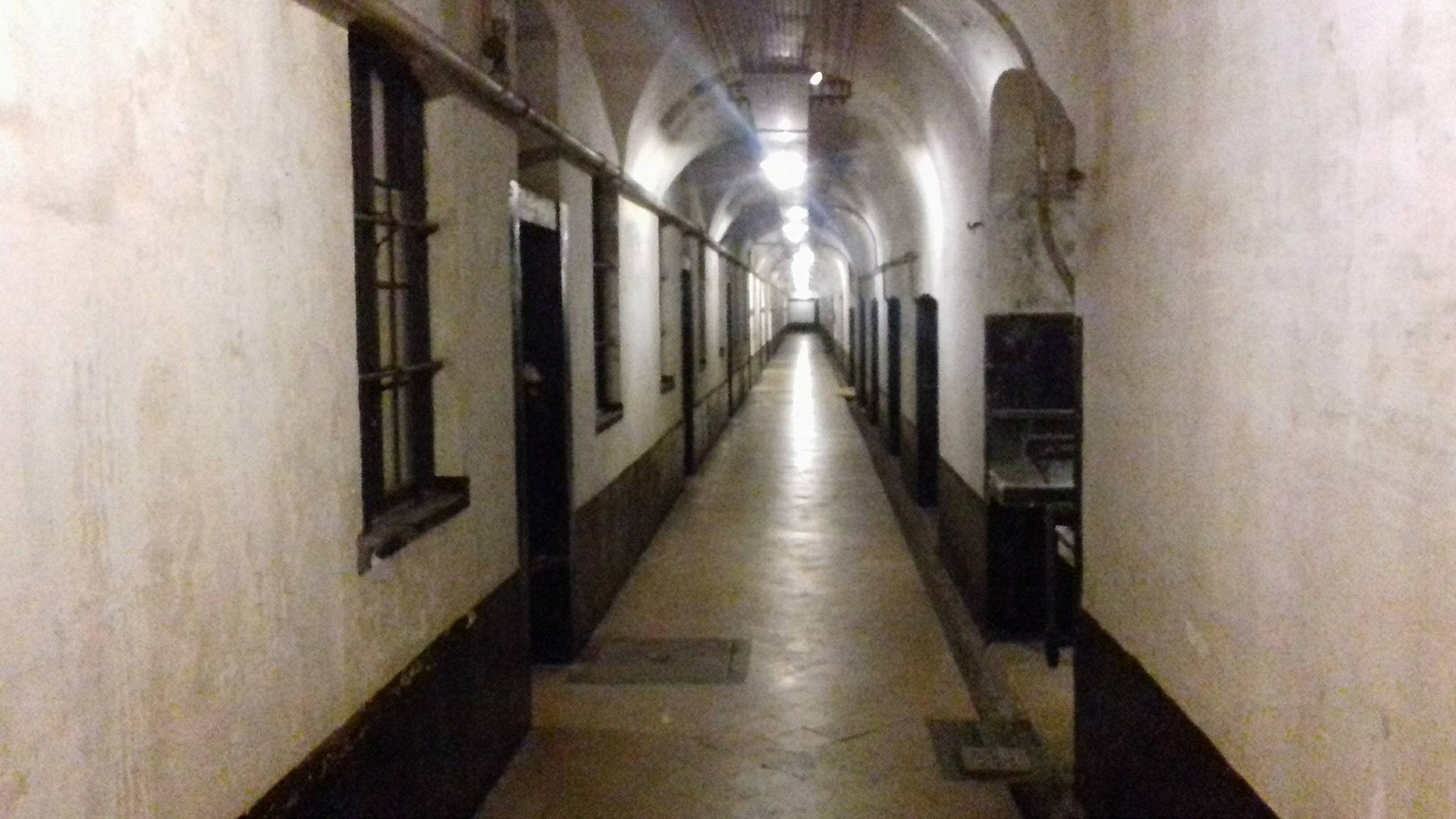 The fort also hosts the works of a series of artists with Idel Iancelevici’s statue named the ‘De Weerstander’ (The Insurgent) perhaps being the most popular one. Other works include those of the artists Wilchar, Jacques Ochs, and Didier Geluk. Finally, it is important to mention the annual pilgrimage to Breendonk in honor of all its prisoners, and of all political and racial prisoners of the Second World War. It is visited by a number of organizations, the general public, the Belgian minister of Defense, and occasionally also the king. This pilgrimage is held every year at the end of September, the exact dates however can vary.