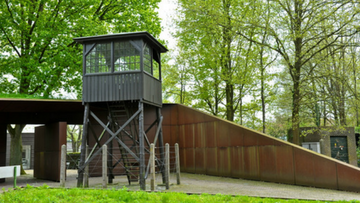 Kamp Amersfoort (Camp Amersfoort) started off as a Dutch military barrack camp named Barakkenkamp Appelweg (Barrack Camp Appel road) and initially consisted of six barracks in a square formation. In 1939, the camp started to house Dutch soldiers that were mobilized to protect the Grebbelinie (Grebbe Line), a forward defense line of the Hollandsche Waterlinie (Dutch Water Line). During this period it started to be known as de Boskamp (Forest Camp), due to the forest that surrounded it. After the Dutch surrender, the Nazis took over the camp and expanded it.

In 1941 it was called Polizeiliches Durchslangslager Amersfoort (Transit Camp Amersfoort), and also most certainly served as a work and prison camp to hold prisoners awaiting transport to Germany, functioning as well as detention camp for prisoners sentenced from three to six months.  On the 18th of August 1941, the first 200 prisoners arrived. The group largely consisted of suspected Dutch communists.

From 1941 to 1945, more than 35.000 prisoners were held in Kamp Amersfoort and around 20.000 of them were deported to Germany. They were people working in the resistance movement, hostages, Jews, Jehovah Witnesses, black marketeers, and smugglers. As in other Nazi camps, each group was identified by different color triangles stitched into their clothes. Between September 1941 and April 1942 it also counted around 100 Soviet prisoners of war, and in the Fall of 1942 there were several American citizens interned there. The camp furthermore housed some Dutch collaborators that had committed violations. Eventually, starting in 1943, the largest group of inmates consisted of those who had dodged the mandatory German labor laws.

The camp’s history during the Second World War can be divided into two periods: from August 1941 until February of 1943, and from June 1943 then until the liberation in May of 1945. In the first period the camp counted around 8.500 prisoners, and 2.200 of them were sent to concentration camps in Germany and more than 3000 of them were sent to the concentration camp of Vught. The creation of Vught in 1942, officially then named Konzentrationslager Herzogenbush, at first seemed to render camp Amersfoort unnecessary.  600 prisoners of  Amersfoort were sent to Germany in this year, and all but 8 of the remaining prisoners were transferred to this new camp. After just a few weeks however, camp Amersfoort was put into use again.

In this second period, around 26.500 prisoners were held in the camp, of which almost 18.000 were sent to Germany. Most of them were accused to had dodged the labor laws while others were imprisoned, and some murdered, as part of reprisal efforts. In autumn of 1943 the Red Cross was allowed to distribute meal packets among the inmates, excluding the Jewish prisoners. On the 19th of April 1945 the camp was placed in the hands of the Red Cross and on the 7th of May of the same year Canadian troops officially liberated it. 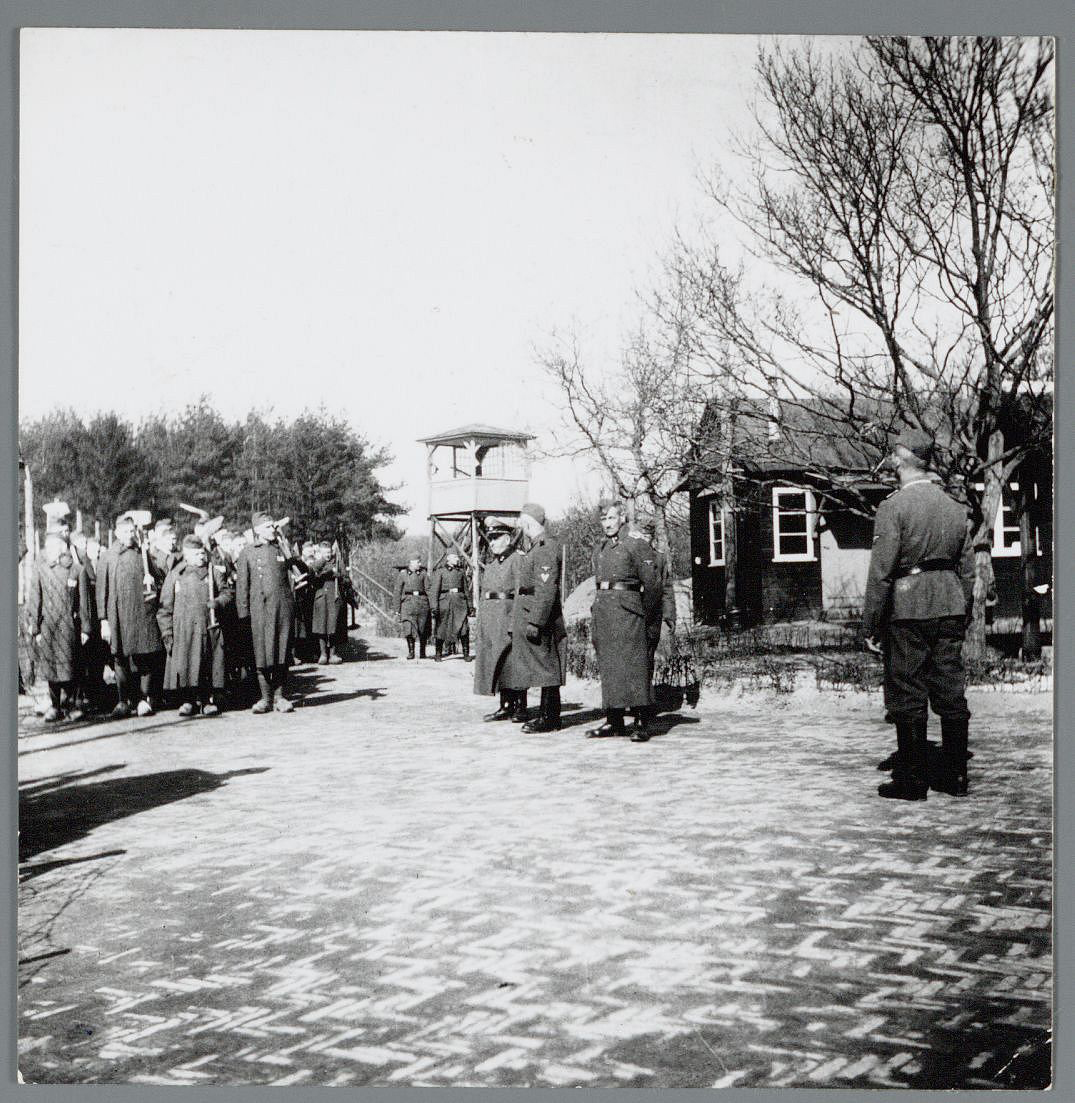 After the liberation, the camp was administrated by the Red Cross and housed the remaining prisoners as well as those who returned from imprisonment in Germany but were considered too weak to return home. During that period the government also started a research on the atrocities that had taken place in and surrounding the camp during the Second World War. On the 22th of June 1945, the first mass grave consisting of 49 victims was opened up. After the last prisoners had left, the camp served as an internment camp for Dutch collaborators, and later as a military training camp for soldiers that were to be sent of to the Dutch-Indies. Later on, it  briefly functioned as accommodation center for Dutch soldiers and as an emergency military center. At the end of the 1960’s the buildings were torn down and made room for a police training center. Only one barrack, one watch tower, and a bell tower remained. In 2000 Camp Amersfoort officially got the status of a national monument and the visitors center was opened.

Foundation National Monument Camp Amersfoort furthermore provides teaching materials to both primary and high schools. These materials focus both on broader themes of forgetting, remembering, and learning, and more specific programs focused on the camp. They can furthermore be connected to visits to the camp and to meetings with eyewitnesses. Other projects directed at younger demographics are for example Kinderen van Toen (Children of that time), which focusses on both the knowledge that was available to children living in Amersfoort about the camp and on the experiences of  imprisoned children, and the project Historische Verhalen, Vrijheid is…(Historical Stories, Freedom is….), which encourages children to reflect on the meaning of freedom through poetry. The Foundation also publishes a magazine, InBeeld, named after an older demographic.

On the grounds of the terrain there are furthermore a few different monument. The ‘Rozentuin’ (‘rose garden’) is a memorial space located on the spot where prisoners used to be inspected and counted. Pillars in the memorial place have both roses and barbed wire surrounding them. During the time of the camp the space was surrounded by barbed wire, which the prisoners ironically termed the rose garden because the ends of the barbed wire resembled the budding of roses. Other monuments include ‘De Stenen Man’ (The Stone Man), officially named prisoner standing before firing squad, which stands at the end of 320 meter long firing range, which was dug out by the prisoners themselves. The Stone Man has one hand clenched in a sign of resistance and was made by Frits Sieger, who himself was a prisoner of war. Similarly, De Steen van Jacques Kopinsky (The Stone of Jacques Kopinsky), is a monument made by Jacques Kopinsky who himself was imprisoned in Camp Amersfoort. The monument shows a stone with a crack in it, representing the mental problems many prisoners suffered during and after the war due to their time in camps such as Amersfoort. Other monuments include the Sinai monument meant to represent both hope and light, as well as the devastation of the Holocaust, and the monument Koedriest dedicated to the Soviet prisoners that died in Camp Amersfoort.