Herinneringscentrum Kamp Westerbork is a private initiative funded by:

While Camp Westerbork is mainly known for the period between 1942 and 1945, it was initially built in the summer of 1939 to house Jewish refugees coming from Germany. The acceptance of Jewish refugees into the Netherlands, however, was initially certainly not the norm. In 1938, after the first overt persecution of the Jews in Germany (the Kristallnacht), the Dutch government had sent 600 extra officials to the borders ‘for the protection of our own people’. The Dutch government did not want the expense of sheltering all these people, and most of the first Refugee camps, therefore, had to be established with the help of private resources. This lack of centralization also caused a lack of stability, with refugee centers continuously being erected, moving, and shutting down. Eventually, the Dutch government recognized that the situation was no longer sustainable, and started planning the build of a central refugee center. After a remote and quiet area in the ‘Veluwe’ was turned down due to the touristic potential of the area, complaints from surrounding villages, and Royal outrage at the idea of having a refugee center ‘close’ to the Royal Palace at ‘t Loo, a location in the municipality of Westerbork in the remote province of Drenthe, was chosen. 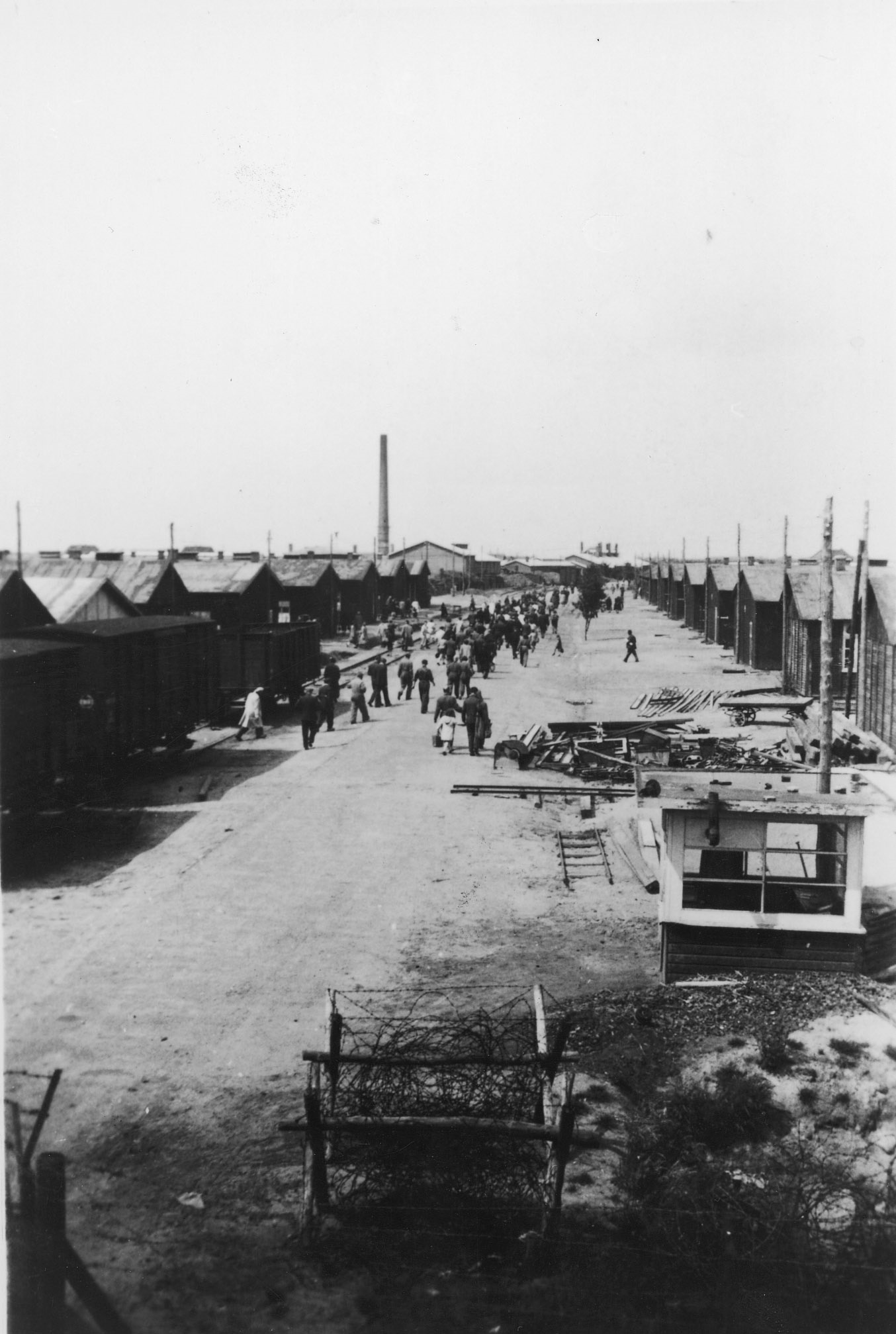 When the Nazis first invaded the Netherlands, the refugee center carried out an evacuation plan which was supposed to help the Jewish refugees flee to England. This attempt failed and the Jewish refugees were forced back to the camp. Between 1940 and 1942 the Camp remained under Dutch management. It was placed under the supervision of The Ministry of Justice and was led by the new Dutch commander J. Scholl. Restrictions increased during this period and the life in the camp became more and more militarized. Because it was relatively independent of the Nazi control, the Jewish inhabitants were still treated humanely, in contrast to the period to come. It wasn’t until the 1st of July 1942, when the Nazis decided on the systematic extermination of the Jews, that the camp officially became a Polizeiliches Judendurchgangslager (police-enforced transit camp for Jews). From this moment onwards the German Commander of the Security Police and the Security Service took over the management from the Dutch. Jews were required to ‘voluntarily’ report for transport to Westerbork from locations such as the Hollandsche Schouwburg (the Dutch Theater) in Amsterdam and Loods 24 (silo 24) in Rotterdam, from where large transport trains would bring them to Westerbork.

Westerbork itself was first and foremost a transit camp, from which deportations took place to Auschwitz, Sobibor, and in a select few cases to Theresienstadt or Bergen-Belsen. On the 15th of July 1942, the first deportation train left the station. From then until the last train on the 13th of September 1944, more than 100.000 people had been deported with 93 trains. 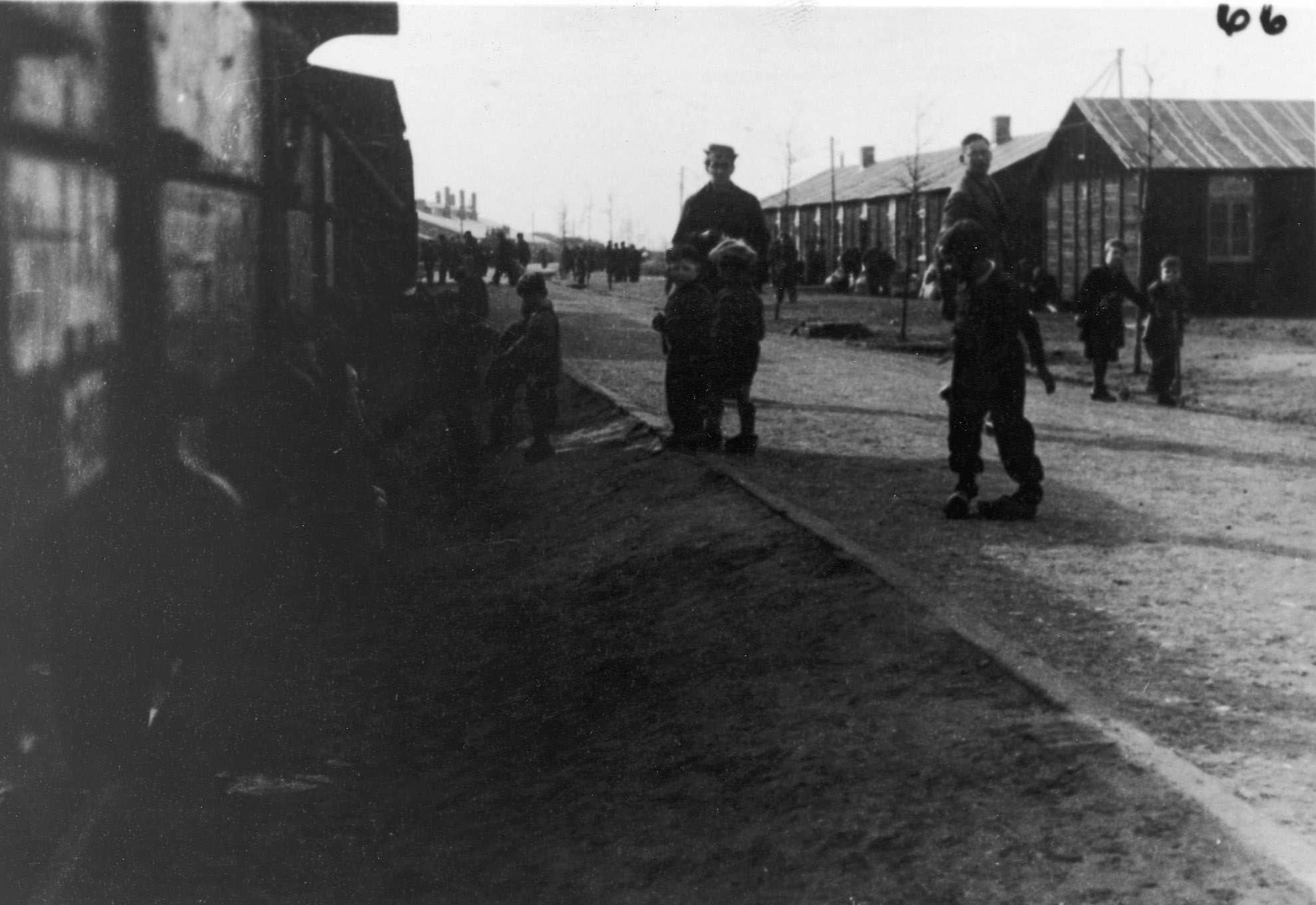 Daily life in Westerbork was meant to give the illusion of being a regular Dutch city during the occupation and to give the idea that the Jews were merely going to be sent to working camps in Eastern Europe. The camp had a cabaret, there were sporting matches and a well-functioning hospital. This is also reflected in the propaganda film shown in the memorial center. Filmed by Rudolf Breslauer, one of the Jewish prisoners of the camp, under the orders of the Camp Commander Gemmeker, the movie was meant to portray the civilized, well-oiled system of the transit camp. It shows images of people playing a football match, women working out, people chopping wood, but eventually also the departure of a transport train. The management of the camp furthermore employed a system of conquering and divide, where certain Jewish prisoners of the camp were exemplified by transport, especially if they were able-bodied and able to work in the camp. Most Jews that were brought to the camp however only stayed for a very short period, mostly a matter of days, before being transported and never were able to experience the sense of normality this camp was made to portray. When the camp was liberated on the 12th of April 1945, only 876 prisoners were left. 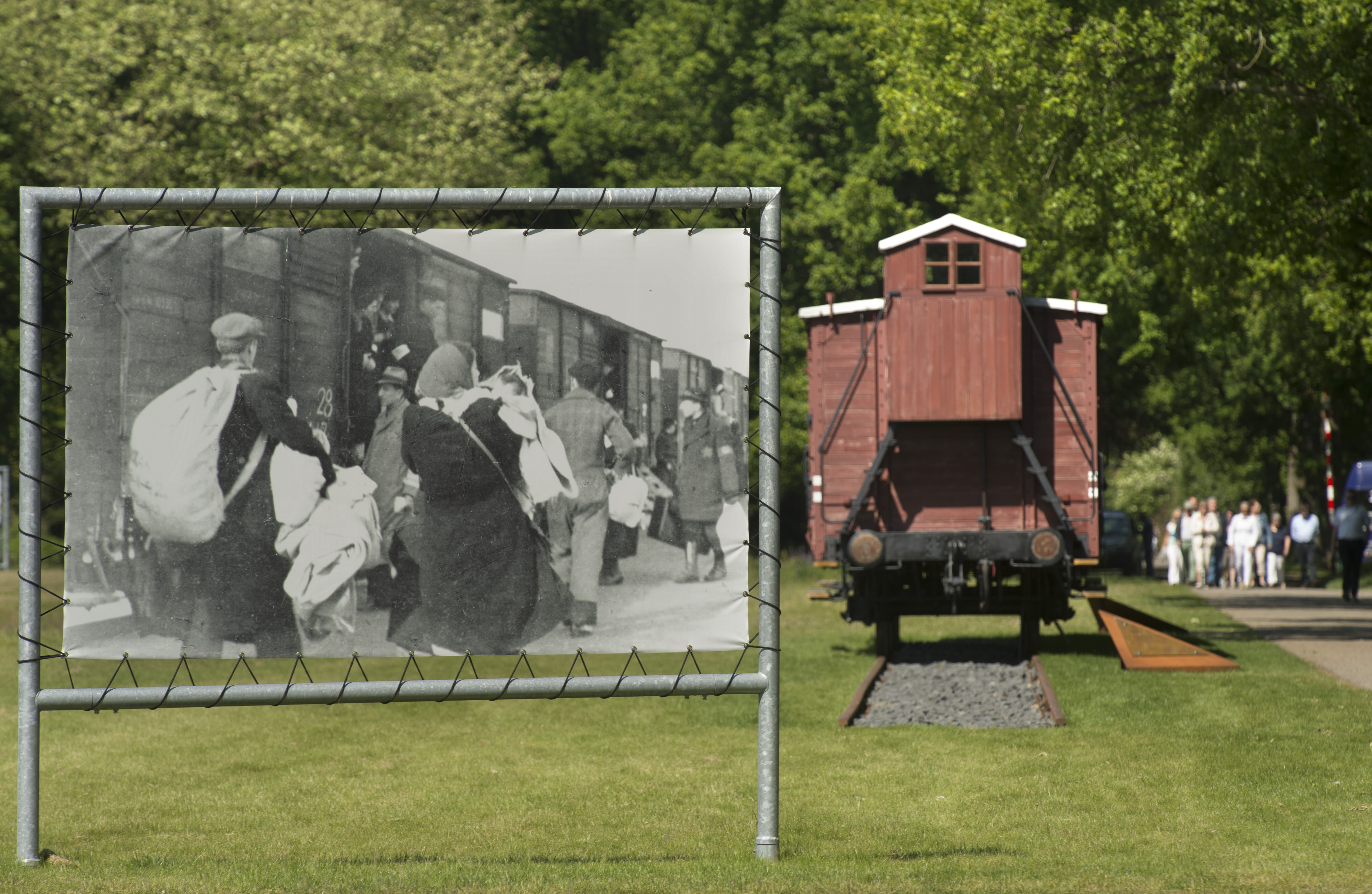 The history of the camp, however, does not end there. From the 26th of April 1945 to 1948 it was used as an internment camp for Dutch collaborators. In September of 1945, around 8.000 collaborators were imprisoned there. In 1949 it was shortly used as a military training space, before, in July of 1950 receiving the name ‘De Schattenberg’ and being used to house repatriates from the former Dutch-Indies. In 1952 the population of the camp changed once more to house former soldiers and their families with a Moluccans descent that had served in the Royal Netherlands East Indies Army. This social group was isolated from the rest of society, and when the Dutch government started to focus on policies of integration at the end of the 1950’s, attention stopped being paid to the upkeep of the houses in the camp, making them less and less liveable. This process of integration, however, did not evolve without protests from the Moluccan population for whom this had been a home.

After the Moluccan population had left the Camp, the old houses were destroyed. The remembrance center Camp Westerbork wasn’t opened until the 12th of April 1983. It has been renewed many times since then. 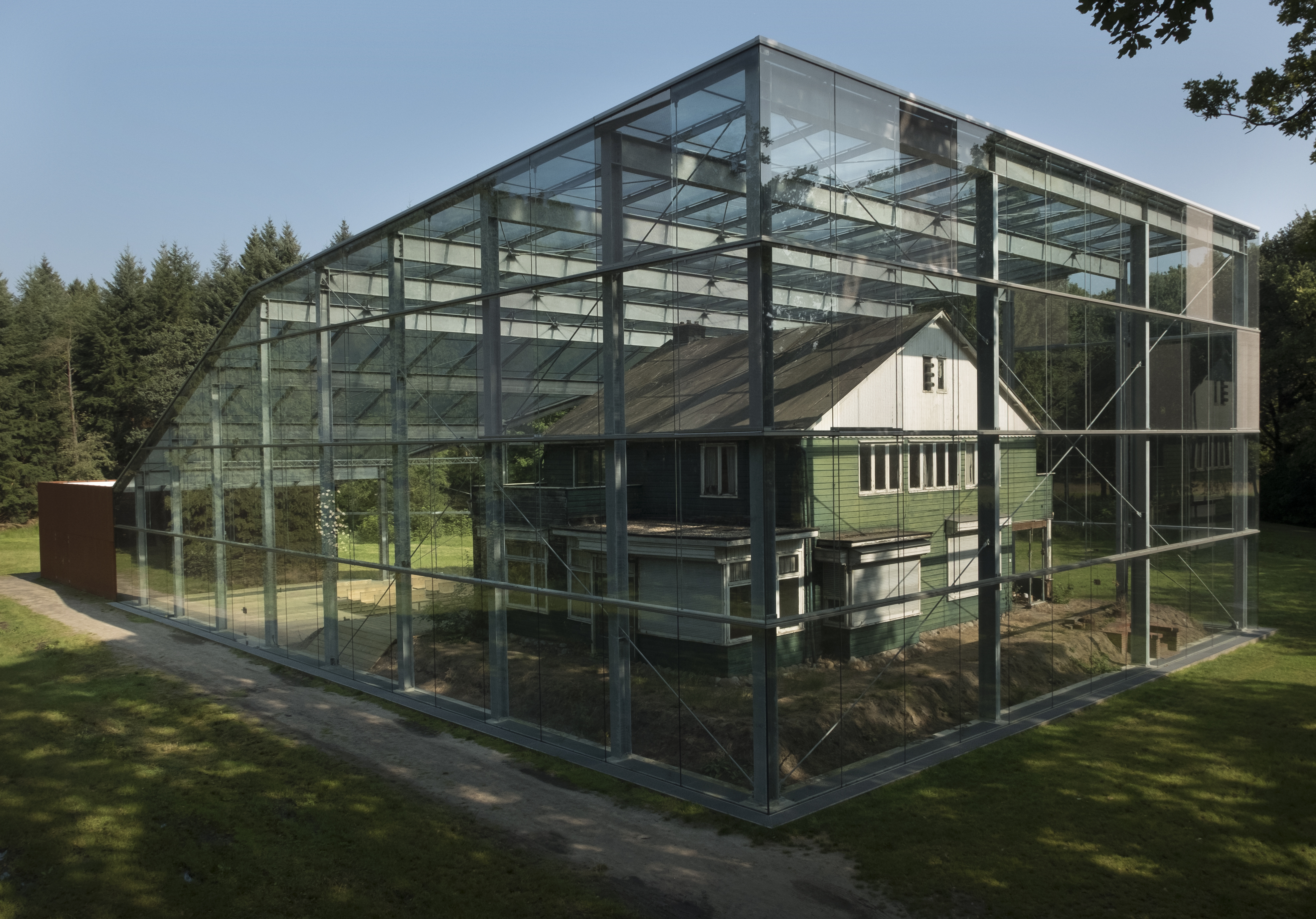 Currently the Memorial center hosts a multiplicity of memorial activities and exhibitions. Attention is placed on personal stories and experiences, emphasizing the individual within the larger context of the Second World War. At the entrance of the museum, the Jewish migrations starting in 1933 is connected and surrounded by those of the Belgian refugees of 1915, the Hungarian refugees of 1956, Chechslovakian refugees of 1968, Vietnamese refugees of 1979, refugees from the former Jugoslavia of 1992-1995, Muslim refugees of 1995, and todays’ Syrian refugees, all symbolised by a packed bag.

The emphasis of the individual is furthermore present in a continious reading of all the names of the deported on the camp site, and exhibitions such as ‘De Namen’ (The Names), in which the Amsterdam artist Bart Domburg has written down every single name of those Jews, Sinti, and Roma deported from Westerbork.  Every last Sunday of the month the memorial center furthermore hosts a talk with an eyewiteness of the Camp,  to tell about their experiences in the Second World War. During official commemorations such as those on Holocaust Remembrance Day and the 4th and 5th of May (Remembrance & Liberation Day in the Netherlands) the center hosts additional commemorations and moments of silence. Additionally, a sculptore garden host pieces dedicated to the Sinti and Roma children deported from the camp, a Jerusalem stone, an artwork symbolizing the meaning of freedom, and a homage to the artist Hendrik Nicolaas Werkman, who was murdered by the Nazi’s. The Remembrance center furthermore hosts a set of educational programs directed mainly at primary and highschool level, and works together with schools to create educational materials for teaching. The center also works together with a provincial radio station and airs monthly radioprograms dedicated to personal stories linked to the Camp.