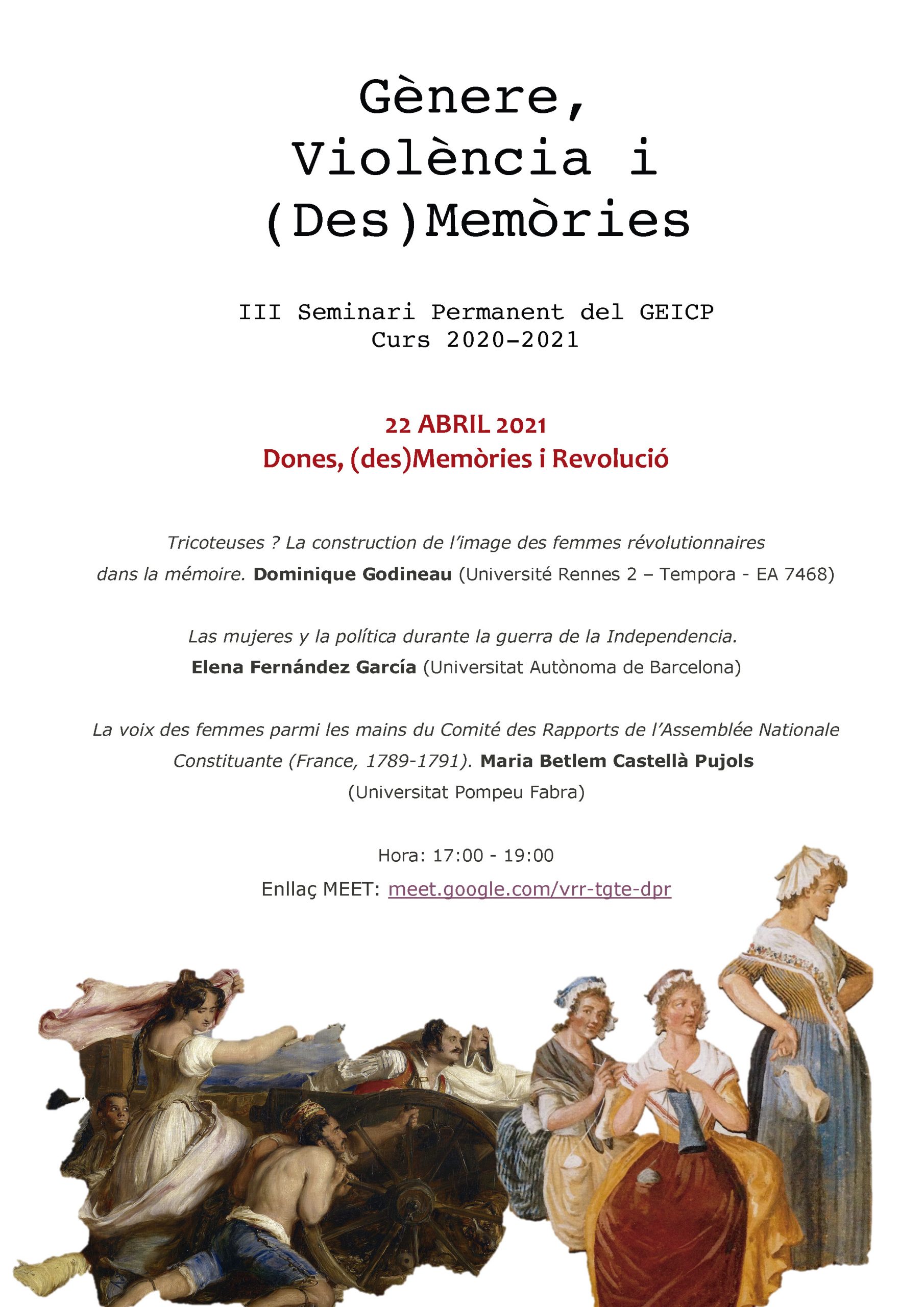 —The voice of women in the hands of the Committee of Reports of the National Constituent Assembly (France, 1789-1791). Maria Betlem Castellà Pujols (Universitat Pompeu Fabra)

Dominique Godineau is a renowned specialist in the History of the French Revolution and the History of Women and Gender. Her pioneering work, “Citoyennes tricoteuses: les femmes du peuple à Paris during the French Revolution” (1988), has marked a whole generation of historians. In fact, her work on political practices, citizen construction, history of women and gender, cultural and social history of eighteenth-century France, history of sensibilities, and suicide are at the heart of recent research. She is a professor of Modern History at the University of Rennes 2 and a member of CERHIO.

Elena Fernández García has a doctorate in history and has focused her research on the history of gender in the contemporary centuries, the Napoleonic wars and the liberalism and constitutionalism of the 19th century. In 2010 she published the book “Women in the War of Independence. A story of women focused on the relationship between the private and public spheres, on patriotic resistance and women’s intervention in war events”. She is a Higher Technician in Research Projects, an associate professor in the Department of Modern and Contemporary History at the Autonomous University of Barcelona and since 2019 she has been attached and part of the UAB Institute of Science History.

Maria Betlem Castellà i Pujols holds a PhD in History and has focused her research on the study of the committees and commissions of the French Parliamentary Assemblies, on the control of information and on the maintenance of public order during the French Revolution. Some of his works have been published in the magazines La Révolution française. Cahiers de l’Institut d’Histoire de la Révolution française o Parliaments. Estates & Representation. She is the founder and coordinator of the international network COMMINET, a member of the GEICP (Study Group of Institutions and Political Cultures, 16th-21st centuries) and since 2012 she has been a professor of Modern History at the Pompeu Fabra University. 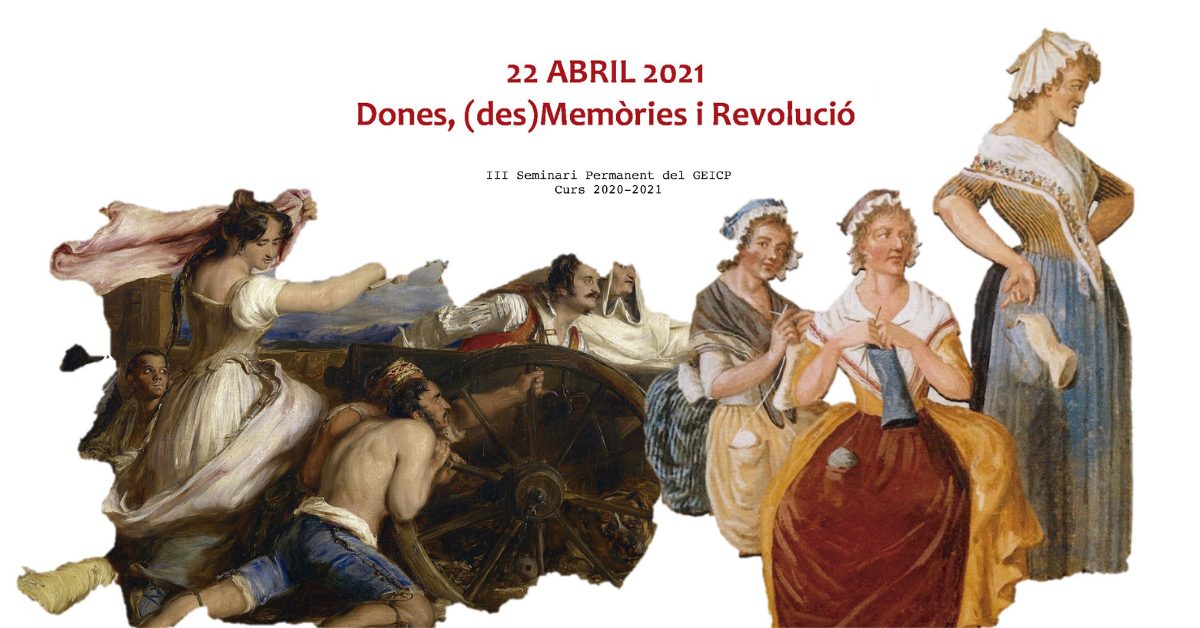