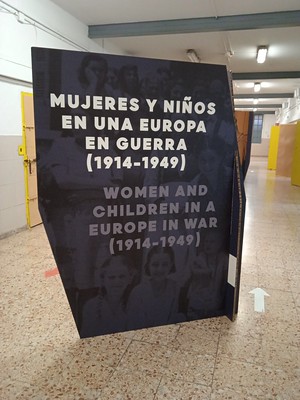 Excerpts of the exhibition

Although women were always present in the wars, their participation was exceptional and invisible until the First World War, when an unprecedented mobilization took place. As soon as the conflict was over, governments and political parties pressured them directly forcing them to return home, so they had to leave their jobs, which were again occupied by men. Despite this, the war had broadened the horizons of women and produced profound changes that gradually began to be appreciated in the following years. 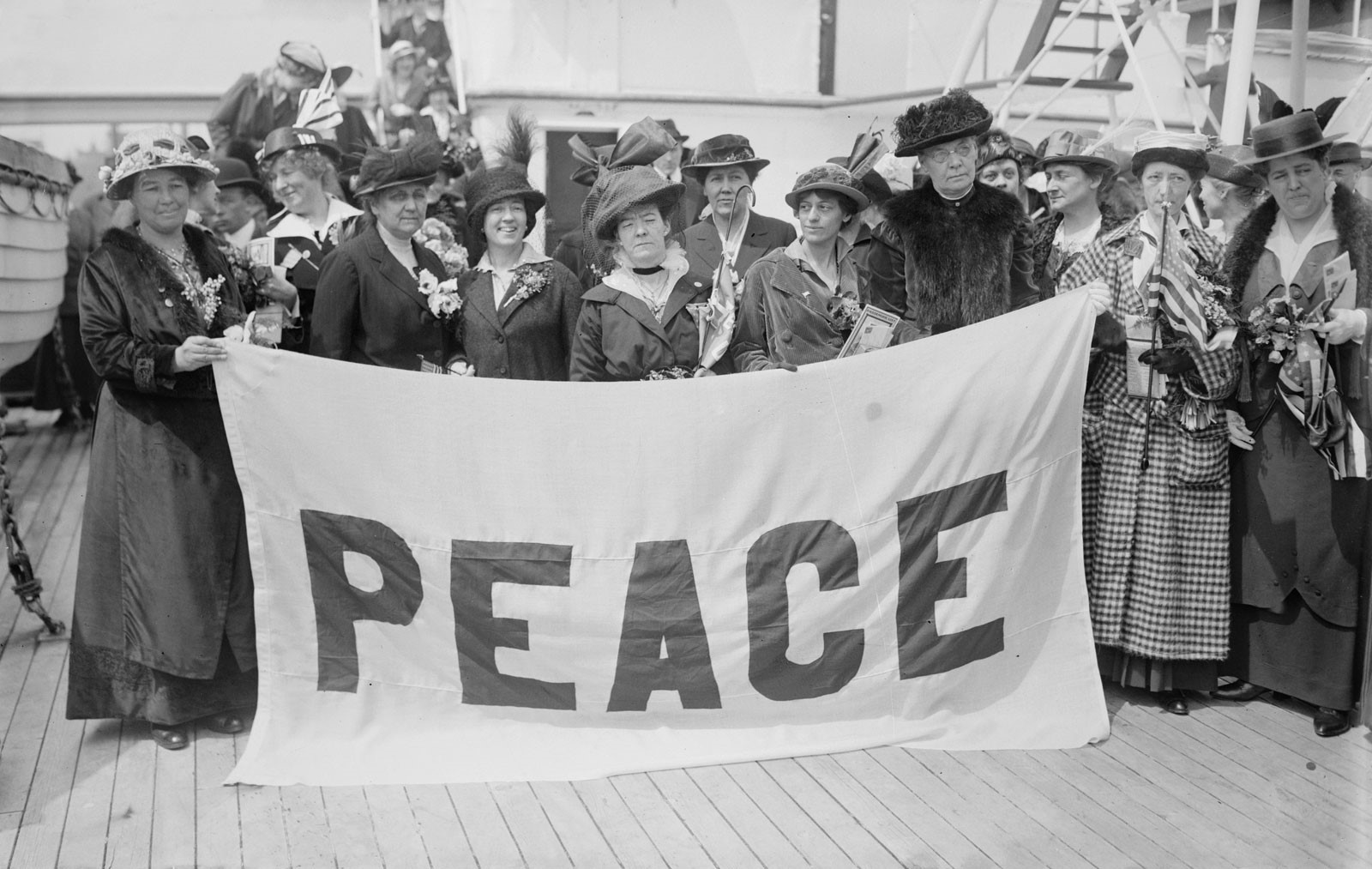 Jane Addams (second from left) and other delegates on the deck of the ship that would take them to The Hague, where the International Women’s Congress (1915) was to be held. LOC (George Grantham Bain Collection (LC-DIG-ggbain-18848)

As a way of recognizing the role that women had played during the war, between 1918 and 1921 some belligerent countries recognized their right to vote, with various restrictions depending on the case. In other countries, it would be necessary to wait until the end of World War II, as in the case of France, which approved women’s vote in 1944. This right, for which the suffragettes had fought so hard since the middle of the nineteenth century, was an important conquest, but the real revolution was the changes that began to become visible in behaviors, how to dress, women’s sexual relations or customs, and the slow but steady increase in their presence in public and workplaces. In this sense, the War of 1914 opened the way for the first time in history to a “mixed society”. 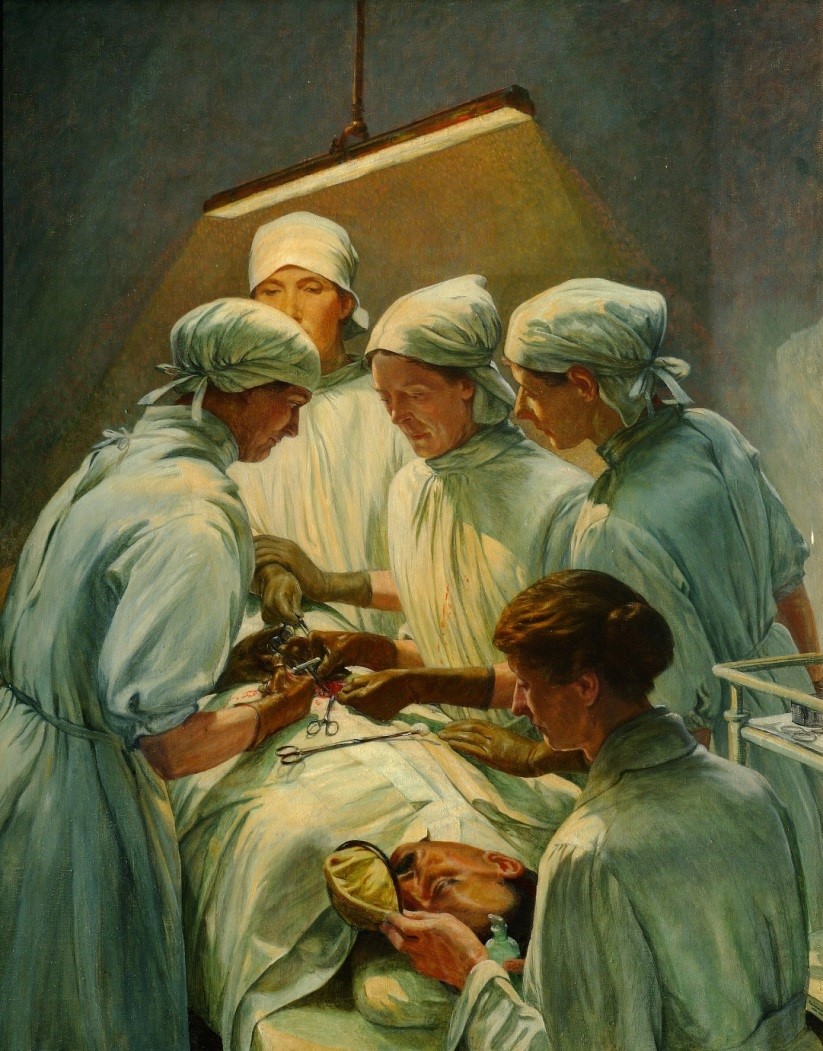 During the Spanish Civil War, as in World War I, the mobilization of men for the war effort forced women to support their families and ensure their survival, while at the same time joining the jobs left by men in all spheres of economic activity. In addition to this dual-task in the domestic and labor fields, women did a myriad of support work in the rear. Also, the character of a popular revolution in the republican zone made women more committed and encouraged by an egalitarian discourse in the relationship with men to enlist in battalions and militia corps.

The Civil War led to the arrival of international volunteers from all over the world who worked as doctors, nurses, ambulance drivers, medical assistants, war correspondents, photographers, etc. Some were brigadiers, some were pacifists and neutral, many were linked to humanitarian aid organizations. Most came to support the Republic, but some also helped the rebel side. 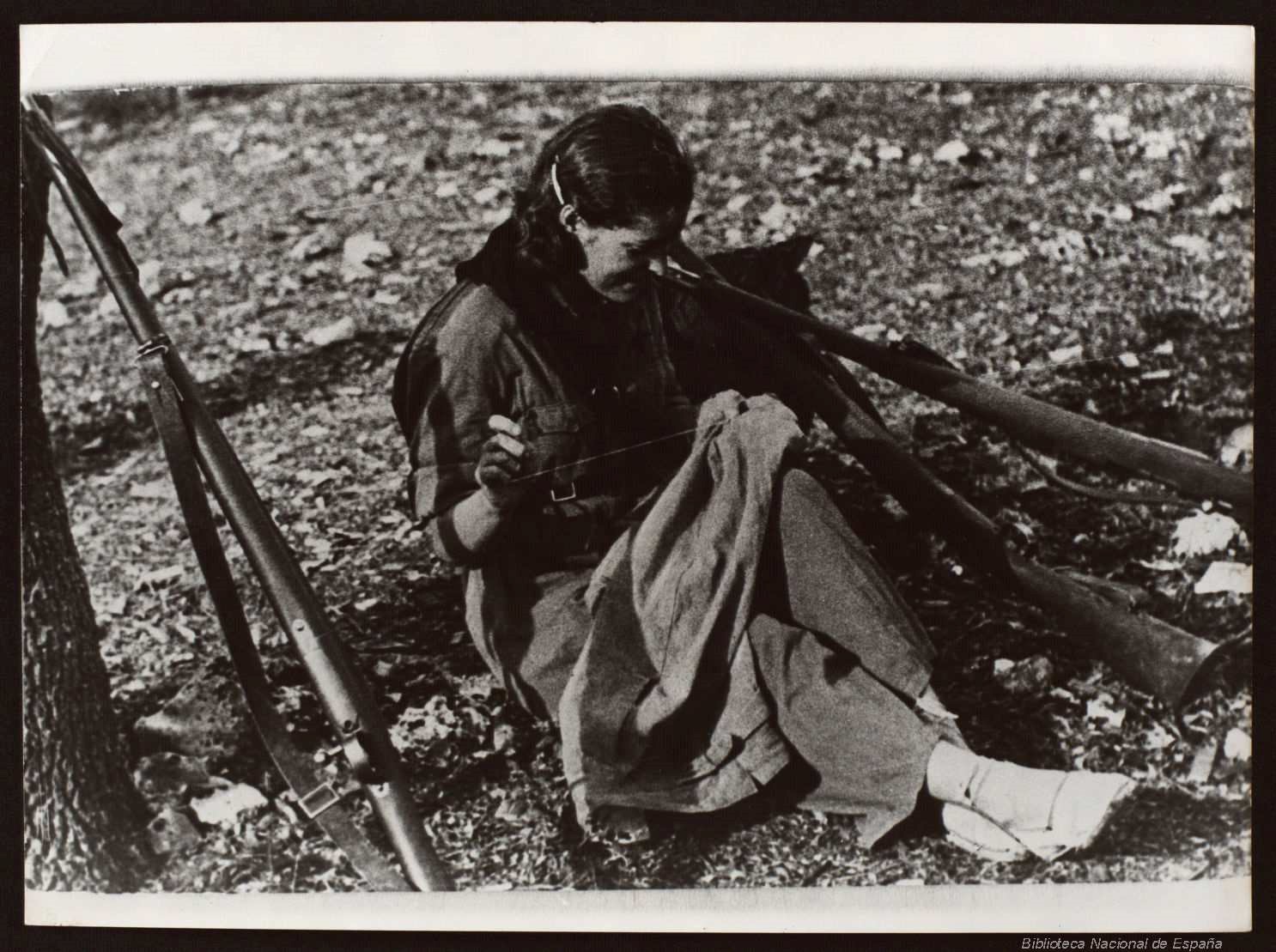 In less than twenty years, the desire for lasting peace was transformed into a new world conflagration even more terrible, violent and deadly than that of 1914. Again, large propaganda campaigns to mobilize women were launched in the different countries involved in the war. The response was massive and once again they became a key element as heads of the family, incorporated in sectors of economic activity or in the health field as doctors, surgeons, nurses, ambulance drivers, etc.

As happened at the end of the Great War, in 1945 most women were forced to return home and assume their traditional subordinate role in relation to men. Recognition of the outstanding work they did in the war came very late. 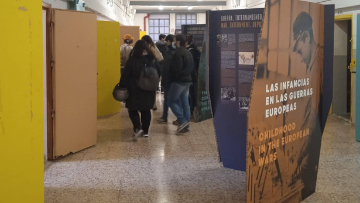