Ways of remembrance and reparation in hypermodernity 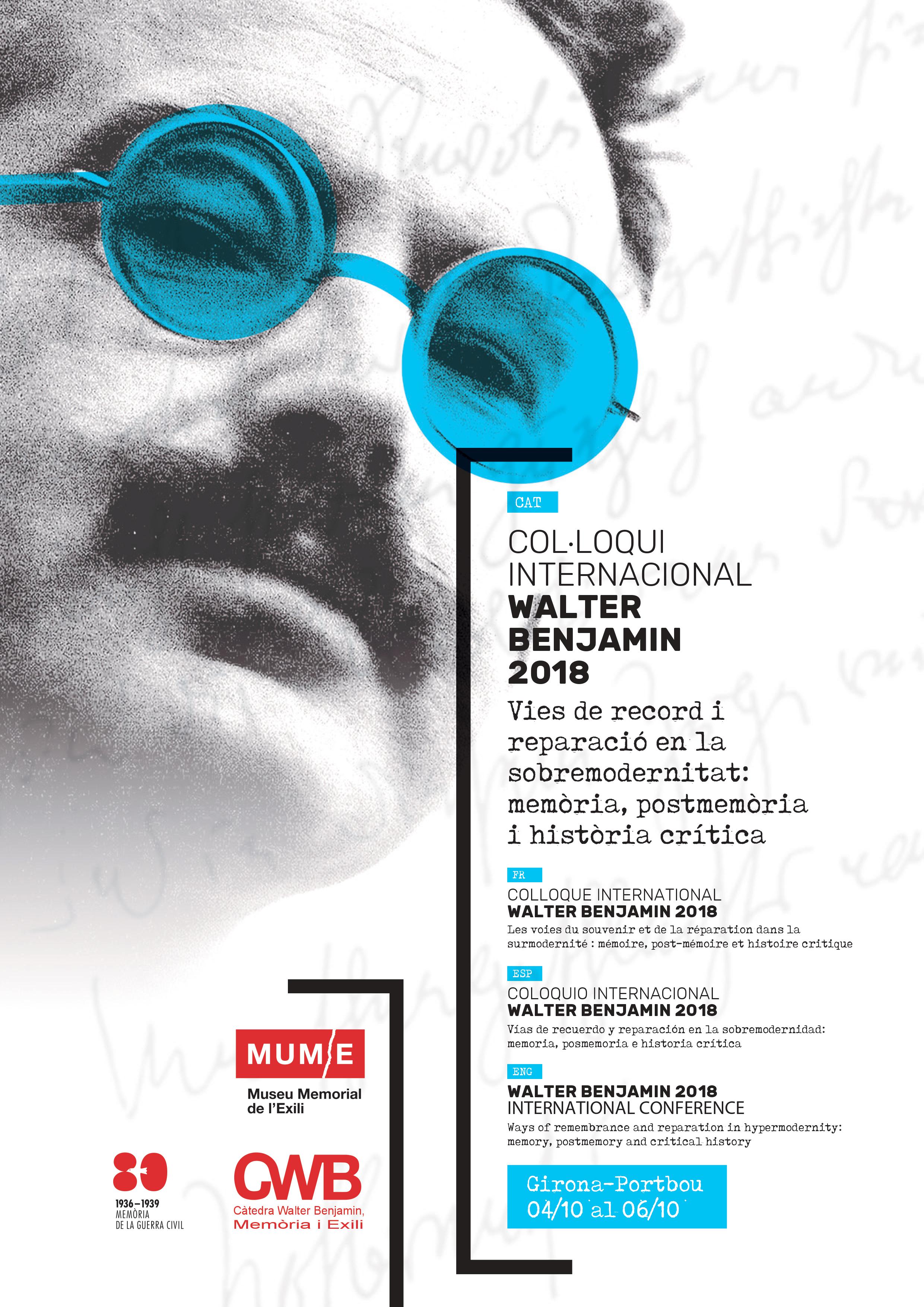 Since the 1980s, the economic, political and cultural transformations have entailed major changes on a global scale in the relations of societies and individuals with the legacies received from the immediate past. These are undoubtedly profound changes that are inseparable from our contemporaneity, which is called hypermodernity (M. Augé), postmodernity (J. Habermas/F. Jameson) or even later re-approached as a posthumous stage, an after without after (M. Garcés). A period in which, while the meaning of historicity seems to evaporate in the impossibility of imagining a future that is not merely a present expanded in time, the recent past – mainly that which takes shape in the remembrance of violent and traumatic episodes – has a notable presence in the daily life of individuals, to the extent of being taken into account in the implementation of public policy programmes.

The omnipresence of the present and the obsession with the past (H. Rousso) coexist in the zeitgeist of this hypermodernity. This phenomenon is clear both in the eﬀects of the fragmentation and decomposition of old certainties and the impression of having reached an end that often encourages societies and individuals to take stock, to come to terms with an unsolved past, full of all kinds of wounds, which is inherited and passed between generations. In this respect, according to some authors (M. Hirsch), it is right to speak of a postmemory that would describe the relationship of the “generation of postmemory” with the personal, collective and cultural trauma of the previous generation. Experiences that would have been transferred so deeply and emotionally that they would seem to constitute the personal memories of later generations. Memories, moreover, which are also mediated and reconstructed through stories and representations external to the physical experience of the direct witness. Thus, these memories, by operating diverse mechanisms of re-production in the process of transmission, always have a vicarious nature like any memorialist and historical reconstruction (B. Sarlo). Whether the use of the preﬁx post is appropriate to designate the forms of memory, what is clear is that any transmission carries with it ambivalences and problems and, therefore, invites questioning and reﬂection.

The public proliferation of memorialist narratives – produced and understood in the terms of what is conceived as postmemory – opens channels of commitment for the restitution of the victims, the defeated and the resistance ﬁgthers, but does it really enable the collective psychological framework of the community of pain to be overcome? Is it desirable that the inclusion of these narratives into critical history operations makes it possible to go beyond the “collective memory” often supported by myth (or propaganda in the worst of cases) and to achieve an unresolved “shared memory”? In other words, the opportunity for an understanding of the traumatic legacies of the immediate past based on objectivity and empirical attitude that, necessarily, must prioritise incomplete “knowledge” over “belief”. Be it truth commissions, peace agreements or public policy programmes on memory, to cite some examples, it is certain that they must look for foundations in the events (D. Rieﬀ) and the aﬀective depth resulting from a balanced combination of memory/postmemory and critical history.

The languages of the conference will be those of the speakers with simultaneous translation from French into Catalan and from Catalan and Spanish into French.

Banyuls-sur Mer – Portbou walk as a tribute to Walter Benjamin, with the artistic performance “Banyuls Portbou_muga 600”, by Nora Ancarola. With Ramon Villegas and the collaboration of Eva Marichalar. Project produced in collaboration with the Centre de Creació Contemporània Nau Côclea in Camallera. 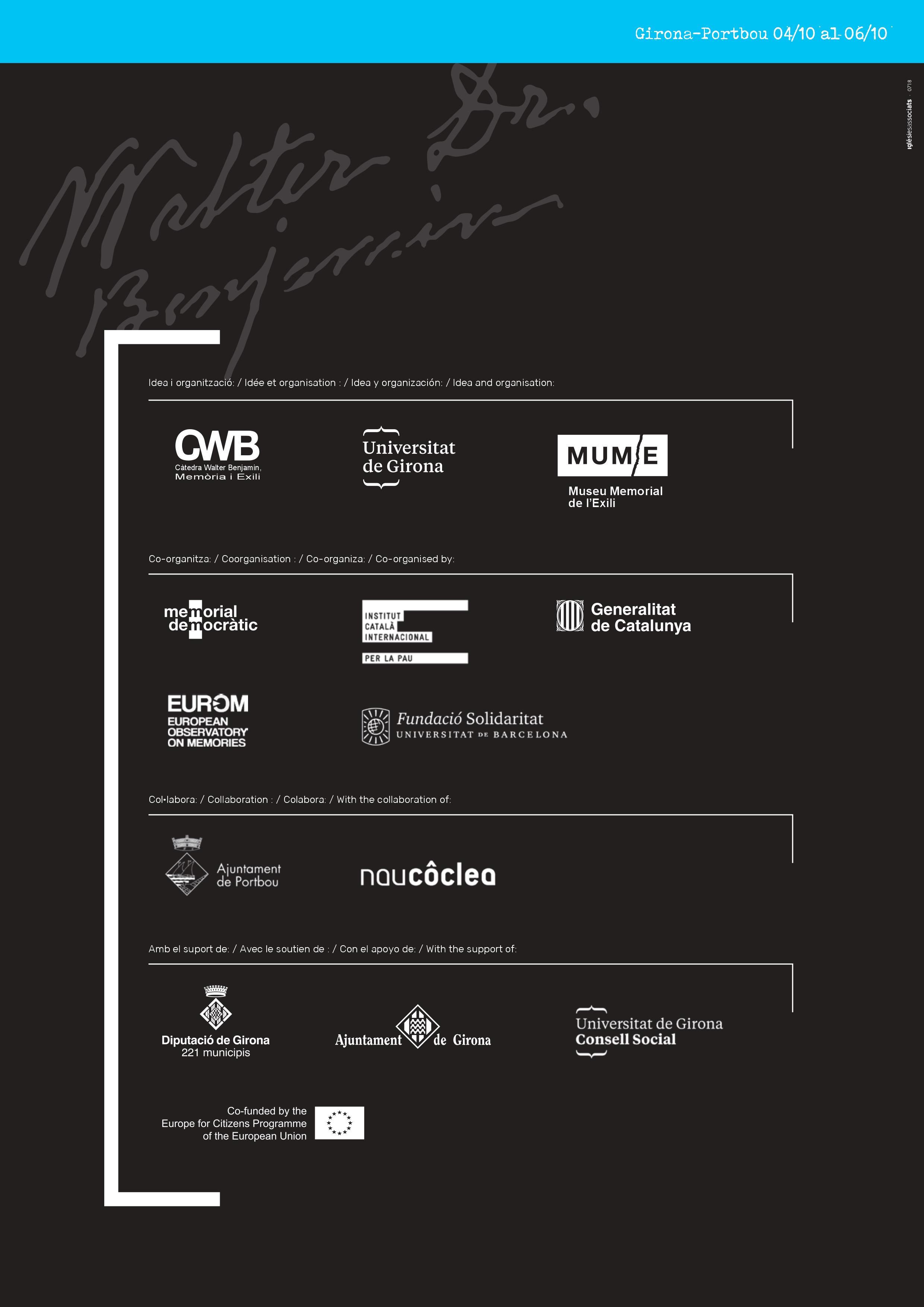 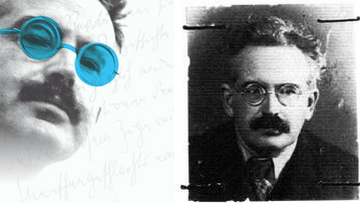