Via Laietana. Impunity or memory.

The mural initiative is part of the project Murs de Bitàcola, lead by the artist Roc Blackblock. The conference “Via Laietana: impunity or memory?” will gather representatives of victims of torture, experts and the three politicians in charge of memory policies at the municipal, regional and state level. 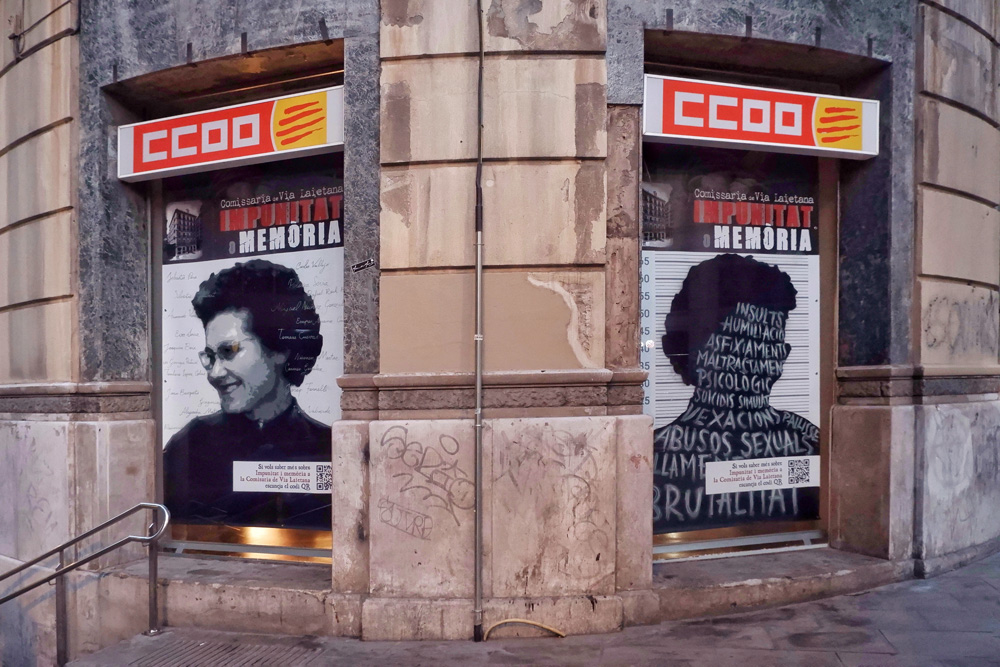 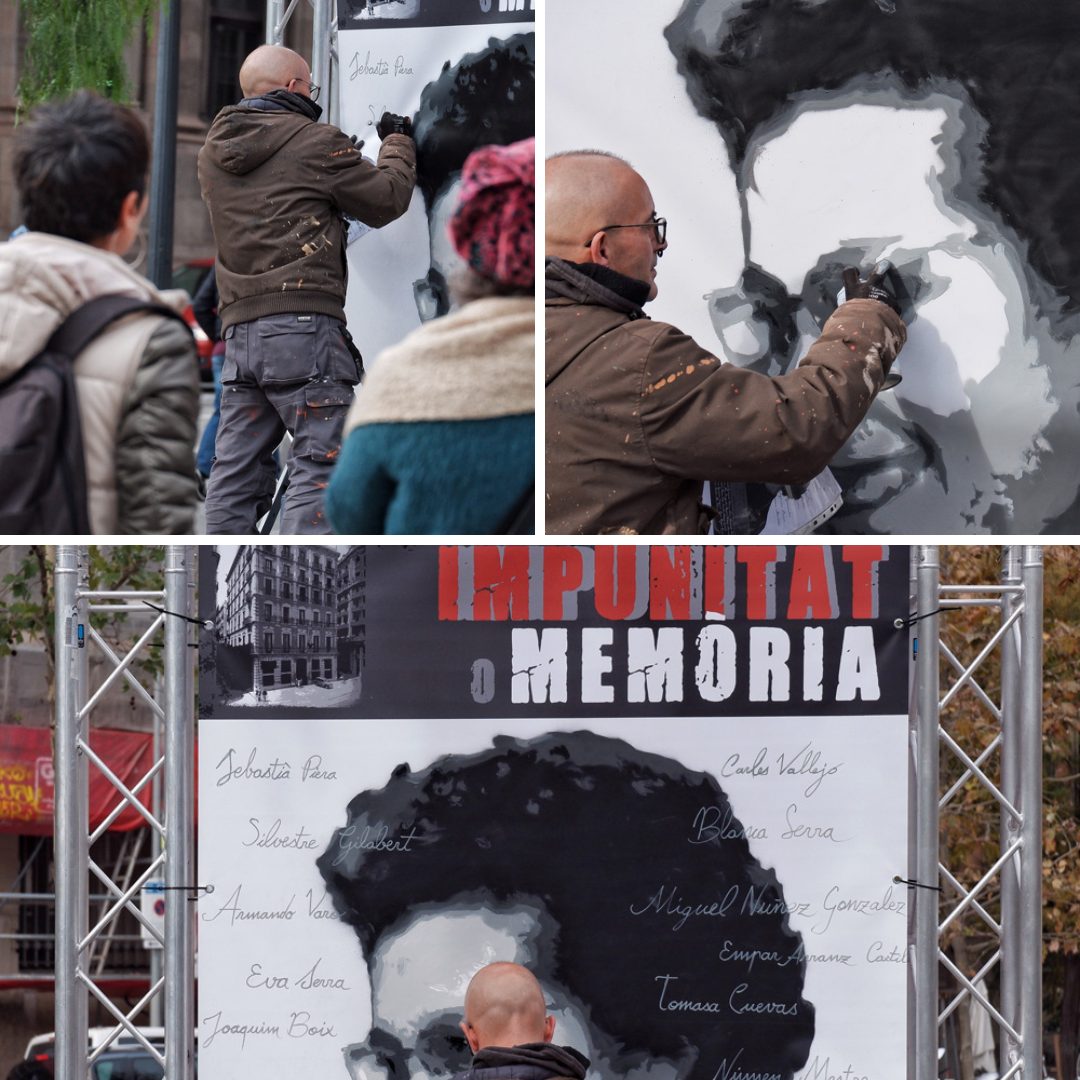 “This is another initiative to demand that the disastrous police station in Via Laietana turns into a space of memory, a space of memory in homage and justice to all victims of torture and impunity. The many victims of torture during the dictatorship, but also those who suffered it during the transition and in a (supposed) democracy. The idea was to contrast the portrait of Tomasa Cuevas with the same annulled profile, made invisible by these torturous, unworthy and inhuman practices. Because not recognizing and repairing this practice is to make invisible those who put the body to fight against Francoism, because if it is not condemned, it is legitimate. The location where we took the action was especially opportune: Plaça Idrissa Diallo, because we are talking about this, of resignifying and revising the city, in Barcelona (nowhere) no statue of slaveholders, no torture center, the list it is long, but our insistence will be bigger. This is a new project of Murs de Bitacola, and this means that we have accompanied the artwork with contents that go deeper into the memoiristic episode, including articles, documentary pictures and pictures of the process (from Fer Alcalá).” 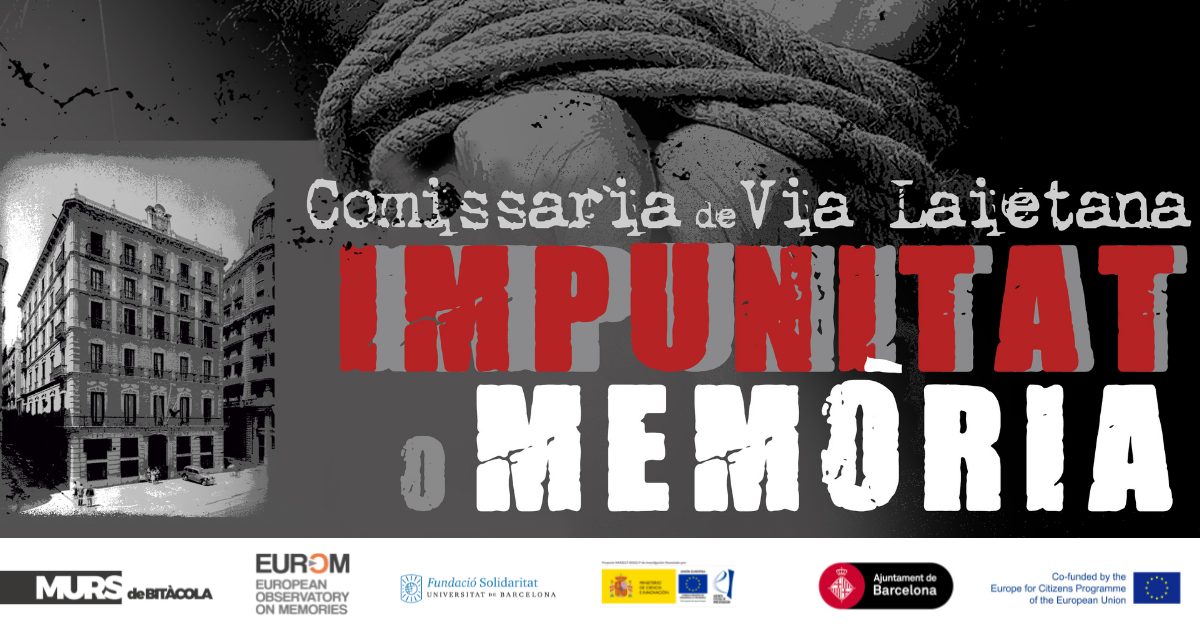