Unconfortable heritage and memories. What should be done?

How do we deal with memory conflicts linked to heritage? What do the statues and monuments behind those conflicts symbolize? What do they represent? Who wants to remove them? Who defends them? The debate will be starred by Ricard Conesa (EUROM), Nuria Ricart (University of Barcelona) and the journalist Peio H. Riaño. , who will discuss current issues related to social protest movements and the demolition of monuments based on different examples of dissonant heritage spaces, such as the Monument to the Battle of the Ebro in Tortosa, the Carlist Mausoleum of Montserrat, or the Mausoleum of Mussolini in Predappio (Italy).

Activity organized by the European Observatory of Memories of the UB Solidarity Foundation and the project “Public art and memory” HAR 2017-84322-P, with the support of the Secretary of State for Democratic Memory and the Council of Democratic Memory of the City of Barcelona.

Núria Ricart Ulldemolins is an adjunct professor at the Faculty of Fine Arts of the University of Barcelona. Ph.D. and Principal Investigator of the project Public Art and Memory. She collaborates with the European Observatory of Memories EUROM in exhibitions, public art, and memory projects. Her lines of research are monumentality, public art, public space, and memory.

Ricard Conesa is a historian, with a master’s degree in historical culture and communication, a master’s degree in historical studies from the University of Barcelona, ​​where he is carrying out a doctoral thesis on memory policies in the public space of Barcelona. He is a project technician and editor at the EUROM and has coordinated  “Ten years of memory laws and policies. 2007-2017 (2019).” with Jordi Guixé and Jesús Alonso Carballés

Peio H. Riaño is an art historian and journalist. He has been the editor-in-chief of Calle 20, Público, El Confidencial and El Español. He currently collaborates in the RTVE program La aventura del saber and works at elDiario.es. His latest work is the book “Decapitados. A story against the monuments to racists, slaveholders and invaders (2021)“. 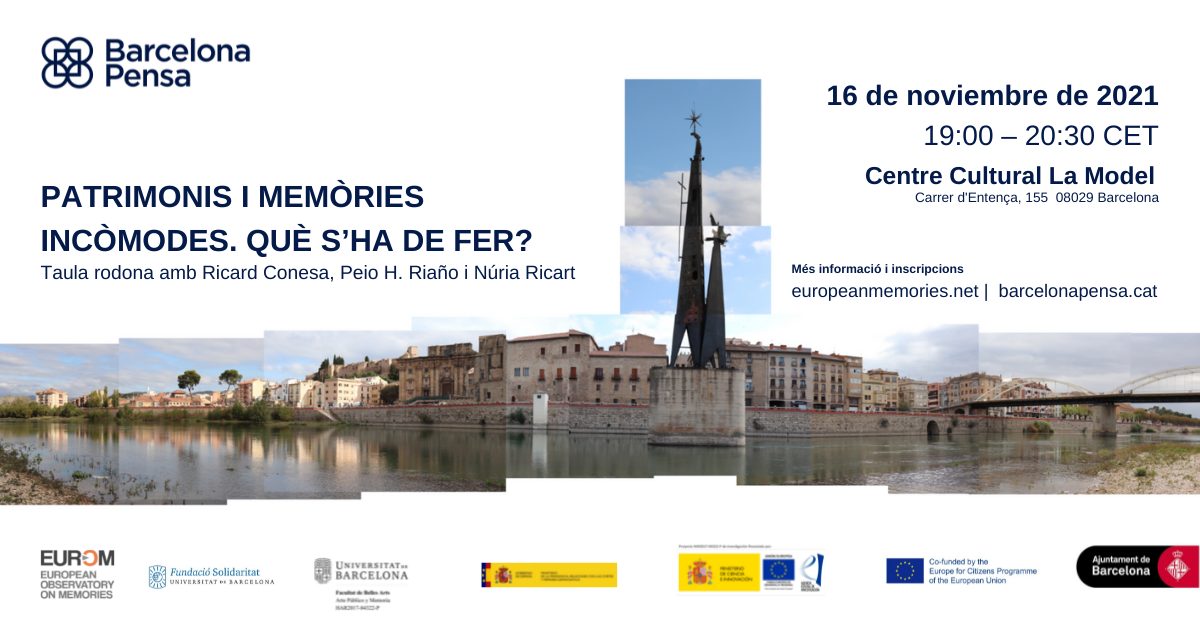