Maria Salvo Iborra was 16 years old at the outbreak of the Spanish Civil War. She was an active member of the UGT and worked in a clothing workshop that had been collectivized. In 1938 she was appointed Propaganda Secretary of the Barcelona Committee of the Unified Socialist Youth of Catalonia and participated in the defense of the Second Spanish Republic. On January 29, 1939 she went into exile and was imprisoned in the camps of Le Pouliguen and Moisdon-la-Rivière in Brittany, from where she left in November 1939 to be handed over to the Civil Guard in Bilbao. In 1941 she was arrested in Madrid for clandestine activities and was sent to the prison of Les Corts in Barcelona, where she found out she woul not be able to become a mother due to the torture she suffered. In 1943, Maria Salvo was transferred to the Predicadores prison in Zaragoza and then to the Ventas women’s prison in Madrid. She was sentenced to 30 years in prison in 1946, most of which she spent in the prison of Segovia. Back on the streets in 1957, she was exiled to Santander, but returned clandestinely to Barcelona, where she actively militated in the PSUC and also in the feminist movement. Once democracy was restored, Maria Salvo became the president of the Catalan Association of the Former Political Prisioners and founder of the Les Dones del 36 Association. Her biography is reflected in the book El daño y la memoria (Damage and memory) by the historian Ricard Vinyes. 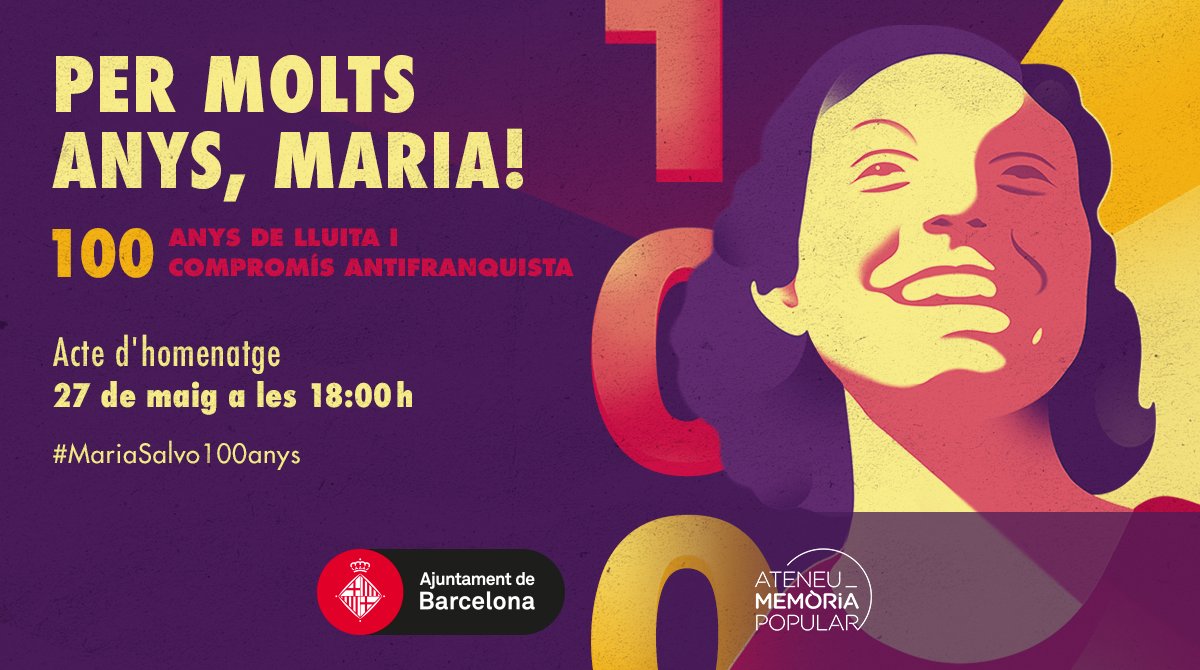