From Andreas Huyssen’s idea of the Holocaust memory as the trope for other traumatic histories and Michael Rothberg’s work on multidirectional memory to Ann Rigney’s idea of the scarcity of memorial forms the scholars of memory have in the past decade drawn our attention to the fact that past experiences in order to be voiced need the support of other memories. Further, Alison Landsberg’s work on prosthetic memory has highlighted how memories travel across vast geographical and historical distances with the help of the technologies of mass culture and are adopted by people and communities who do not have any experiential link with them.

This symposium is interested in the ways in which the narrative strategies and memorial forms developed primarily in the context of remembering the Holocaust and postwar migration have contributed to the representation of other histories of war and political conflict in the Nordic region and across Europe, but also how they have currently been used to make sense of contemporary experiences of war and displacement. It is an invitation to reflections on ethical and political questions related to the use and abuse of artistic, political, and intermedial storytelling practices that function as transcultural memorial forms and may facilitate but also hamper the articulation of regional differences and historical specificity of different conflicts.

What gains and dangers are involved in adopting the narrative memories of others? Our hypothesis is that in contrast to the competing political discourses on twentieth-century totalitarianisms, the arts have developed more productive comparative approaches that negotiate national and regional differences and address the ethical complexity of narrating traumatic experiences of war, conflict, displacement, and political rupture. Important to the ethical potential of the artistic narrative practices is also the way in which they link memory to imagination in such a way that allows us to envision a future-oriented ethics of memory. 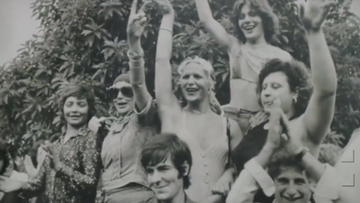