The landmarks of our past in the shaping of our future. Lessons from Ventotene

Eighty years ago, Altiero Spinelli and his companions issued the Federalist Manifesto “For a Free and United Europe. A Draft Manifesto” in their prison on the island of Ventotene. Seventy years ago, six countries signed the Treaty of Paris creating the Coal and Steel European Community, the first practical step towards European unity.

To commemorate Europe Day 2021, the EUROM and the Jean Monnet House organize an online session in collaboration with the Instituto di Studi Federalisti Altiero Spinelli to discuss both the significance of the memory of European unity landmarks and the role of women in its construction. The event will include a keynote by Maria Pia di Nonno (Università di Roma – La Sapienza) about the founding mothers of Europe followed by a dialogue focusing on the decade intervening between the Manifesto of Ventotene and the Treaty of Paris in light of the launch of the Conference on the Future of Europe.

7.15 pm – 7.45 pm
Dialogue
From the Ventotene Manifesto to the Treaty of Paris: memories of the foundations of European unity in light of the Conference on the Future of Europe.
Mario Leone and Michele Fiorillo (Istituto di Studi Federalisti Altiero Spinelli)
Debora Righetti and  Martí Grau (Jean Monnet House – European Parliament) 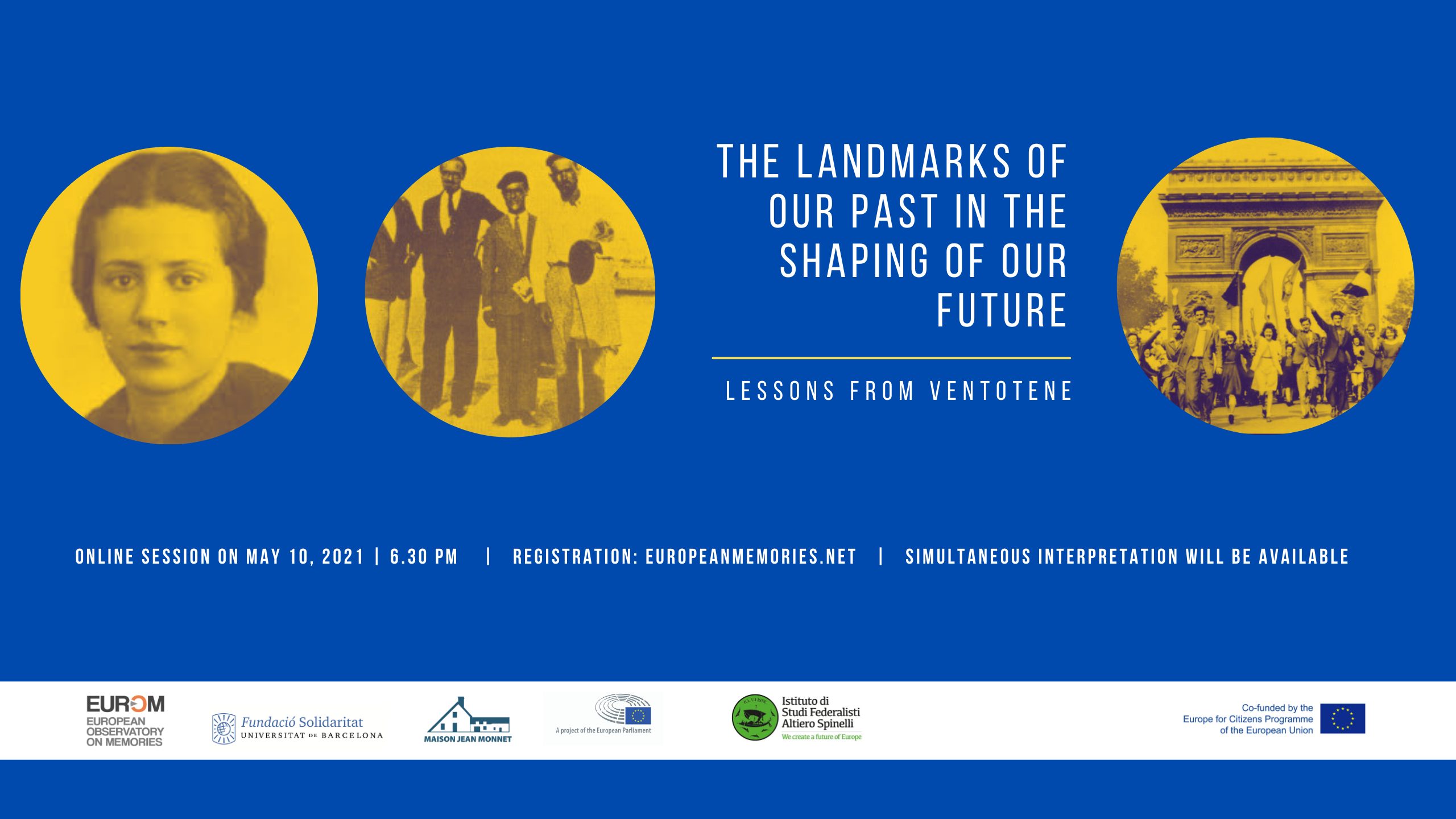 The session will be held in Italian and Spanish.
Simultaneous interpretation into English will be available.

No registration required. The session will be broadcasted in the original language of the speakers