The Inner City is conceived as a sensory journey through the tunnels of the Shelter 307, one of the 1,400 bomb shelters built in Barcelona during the Spanish Civil War to protect the population from the indiscriminate aerial bombing. This particular place is transformed by the company Teatro de los Sentidos in a live territory that hides flowing memories, emotions and feelings. A poetic experience aimed to trigger a reflection about the past, the present and the future, by asking: Why should we protect today? 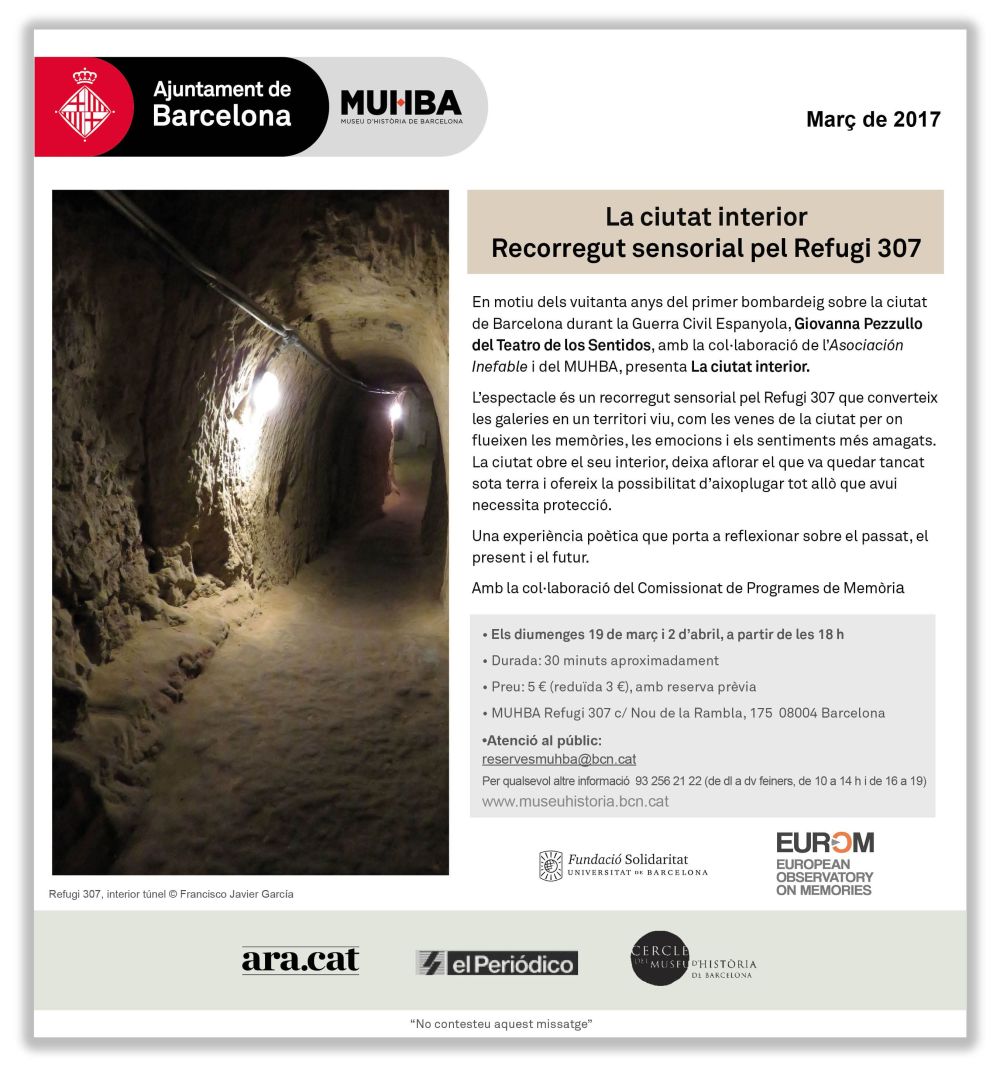 With the support of Centre Cívic El Sortidor, Baixem al carrer, Laberint Cultura
Acompanyament a la gent gran, Associació d’ Expresos Polítics del Franquisme, Coordinadora d’entitas del Poble Sec and all the people who gave us their stories, without which this creation would not have been possible.

With the collaboration and advisory of the European Observatory on Memories (EUROM). 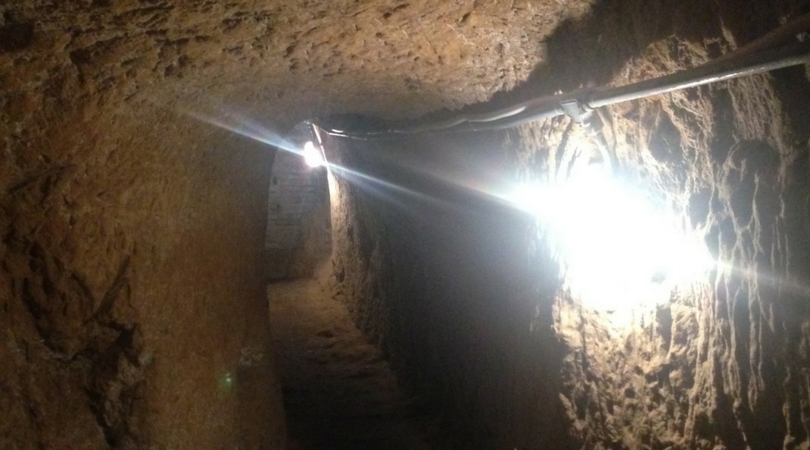