The Idea of Europe, by George Steiner 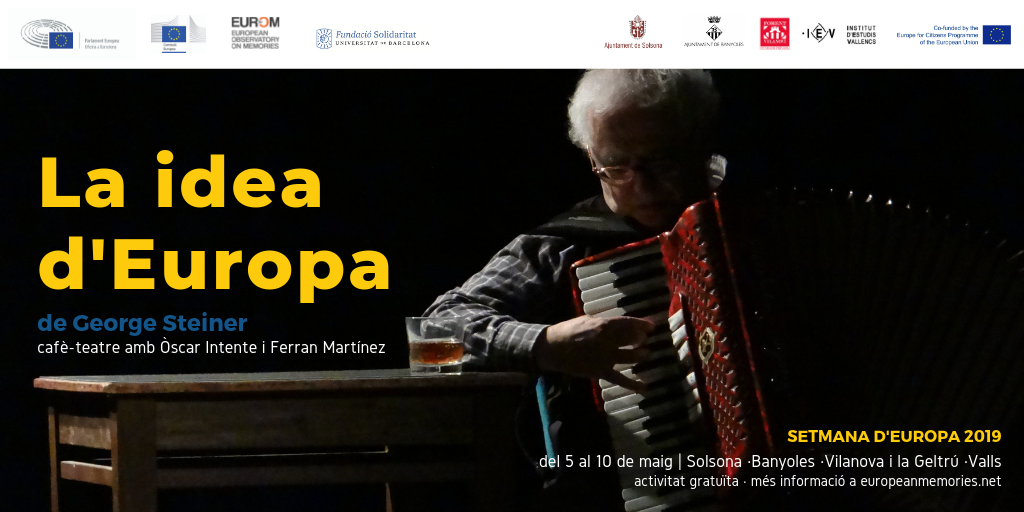 The theatrical adaptation of George’s Steiner conference “The Idea of Europe” by the actor and director Òscar Intente is back on stages in the framework of the commemorations of Europe Day in Catalonia. The aim is to promote a citizens’ debate about the European Union and reflect on its institutions.

The performances will take place between 5 and 10 May 2019 in Solsona (May 5),  Valls (May 7), Banyoles (May 9) and Vilanova i la Geltrú (May 10).  The tour is jointly promoted by the EUROM, the Office of the European Parliament and the Representation of the European Commission in Barcelona in collaboration with the city councils of Solsona and Banyoles, the Institut de Foment Vilanoví, and the Institut d’Estudis Vallencs.

Directed and interpreted by Oscar Intente, the adaptation takes the form of a monologue musicalized by the accordionist Ferran Martínez. The scene is developed in a European cafe where the actor follows Steiner’s text questioning the meaning of being a European in a globalized world, in which Europe tries to recover its intellectual and cultural heritage to re-imagine its identity.

The tour coincides with the Week of Europe, marked by the creation of the Council of Europe, on May 5, 1949, and the Robert Schuman’s statement which established the European Coal and Steel Community (ECSC) on May 9, 1950.

Attendance is free. Please check the conditions and availability with the local promoters.

Lightning-rods have to be grounded. Even the most abstract, speculative of ideas must be anchored in reality, in the substance of things. What, then, of ‘the idea of Europe’?

George Steiner’s conference is available on The Open Democracy website. 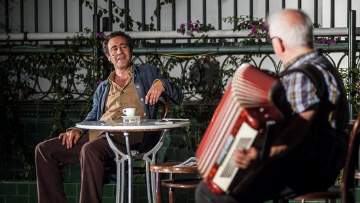