The idea of Europe, by George Steiner

A monologue by Òscar Intente 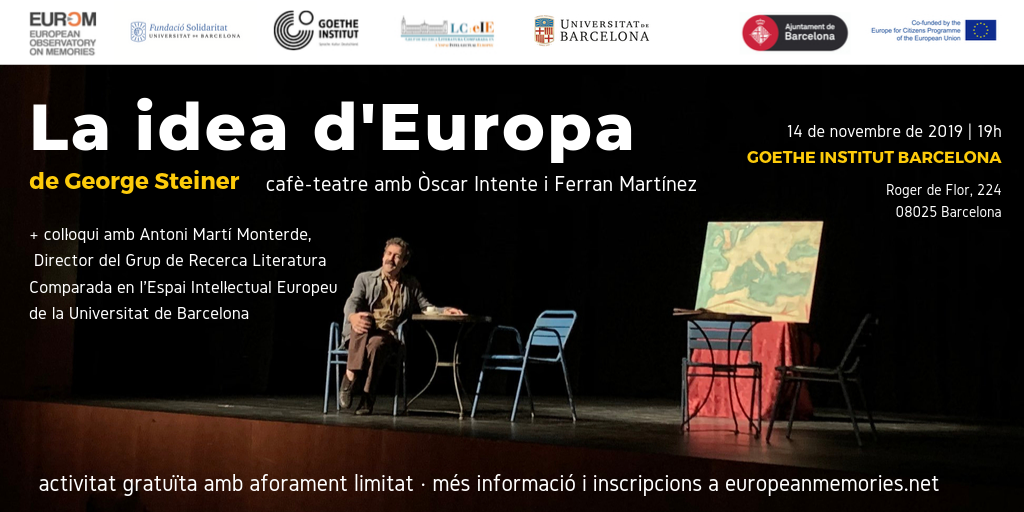 “So long as there are coffee houses, the ‘idea of ​​Europe’ will have content.”(George Steiner)

30 years of the fall of the Berlin Wall: The fall of the Berlin Wall symbolizes freedom, the end of the Cold War and a new European policy. On the occasion of this anniversary, the European Observatory on Memories EUROM and the Goethe-Institut present ‘The idea of ​​Europe’ by Oscar Intente and Ferran Martínez, a monologue accompanied by music based on the essay ‘The Idea of ​​Europe’ by George Steiner.

George Steiner (1929) is a writer, philosopher, cultural critic and professor of literary studies. In his essay “The Idea of ​​Europe” (2004) he explores the identity of the Europeans in a globalized world, taking the European cafes and streets as an excuse and a metaphor. What do we know of ourselves, as Europeans? Do we identify ourselves as such? How is the idea of ​​Europe?

On 14.11.2019, Oscar Intente will present his monologue on the question of the identity and idea of ​​Europe based on the symbolism of Steiner’s coffees and streets. He will be accompanied by accordionist Ferran Martínez. After the performance, the public will be invited to discuss its own idea of ​​Europe during a debate with Antoni Martí Monterde, Professor of Comparative Literature at the University of Barcelona.

With the support the the City Council of Barcelona. 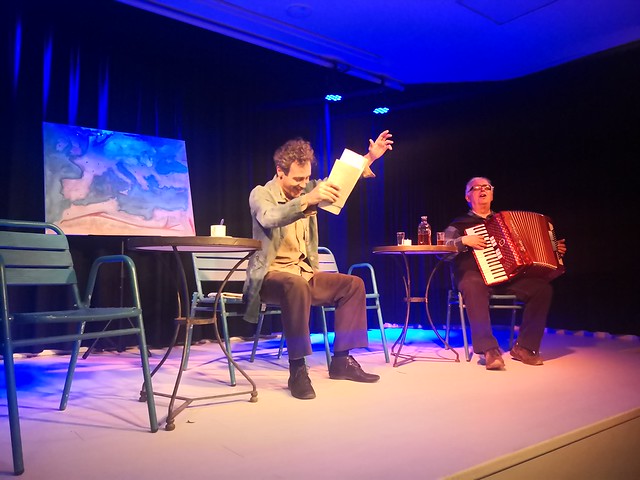