The frog hibernation. Ten years of Laws and Memorial Policies in Spain and Catalonia

Ten years ago, in October 2007, Spain and Catalonia approved the laws known as remembrance laws. The Spanish Parliament laid down a “Law for recognizing and extending rights, and establishing measures in favor of those who suffered persecution or violence during the Spanish Civil War and the dictatorship“, while the Parliament of Catalonia gave the green light to the regional Democratic Memory Law.

The legislation over the recent past reopened concerns and hopes, and the relationship between law and memory has been complex and discussed in both cases. The initial impetus with the approval depleted after a short time, giving way to a period of dormancy or hibernation. Since then, a reasonable period of time has passed, sufficient to make an initial assessment with a historical perspective of the role played by that laws in the development of policies throughout the State.

Which are their real effects? What consequences and reactions did they provoke? What other initiatives have been developed since then?  In addition to that, the Catalan and Spanish cases are outlined in a European context, where these issues are no alien; it is a common problem for many member states, as well as for the European institutions themselves when developing public policies of memory and remembrance.

These issues will be developed during the international conference  “The Frog Hibernation: 10 years of Memory Laws and Policies in Spain and Catalonia (2007-2017)“, to be organized by the European Observatory on Memories of the University of Barcelona in November 2017.  The program will be developed throughout two thematic axes which will work around the uses, abuses, processes, successes, and gaps of these ten years:

For inquiries regarding communications and participation, please address us an email at [email protected] 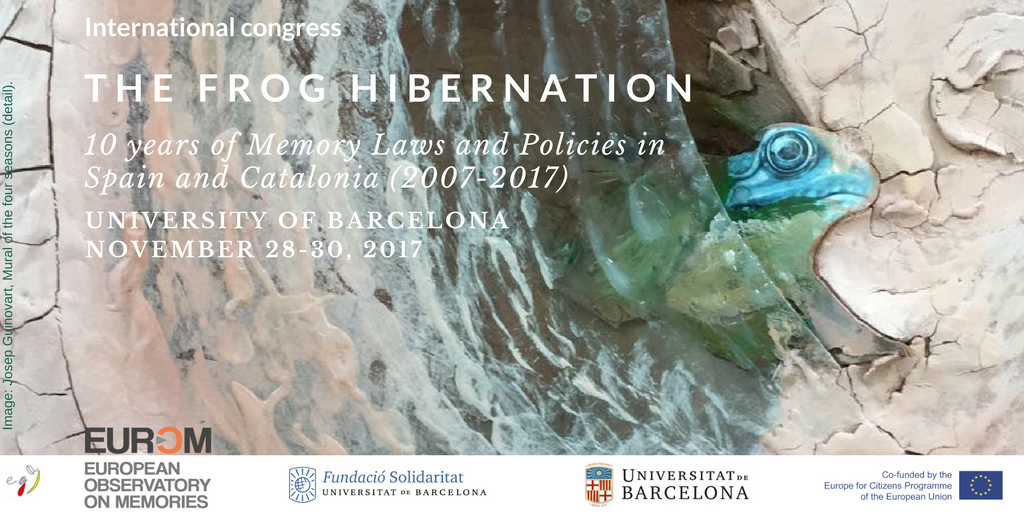 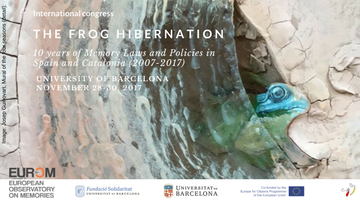