The Crisis in Ukraine: A new paradigm of east-west relations?

The European Observatory on Memories (EUROM) of the UB Solidarity Foundation and the College of Journalists of Catalonia hold a debate to analyze the crisis from a historical perspective. The table was composed by Oksana Chelysheva, Russian journalist and Human Rights defender; David Bondia, professor of International Public Law at the University of Barcelona; and Llibert Ferri, freelance journalist who was correspondent of Televisió de Catalunya in Eastern Europe and USSR between 1987 and 2007. The roundtable was presented by Xavier Lopez, director of UB Solidarity Foundation, and was moderated by Jordi Guixé, director of EUROM. 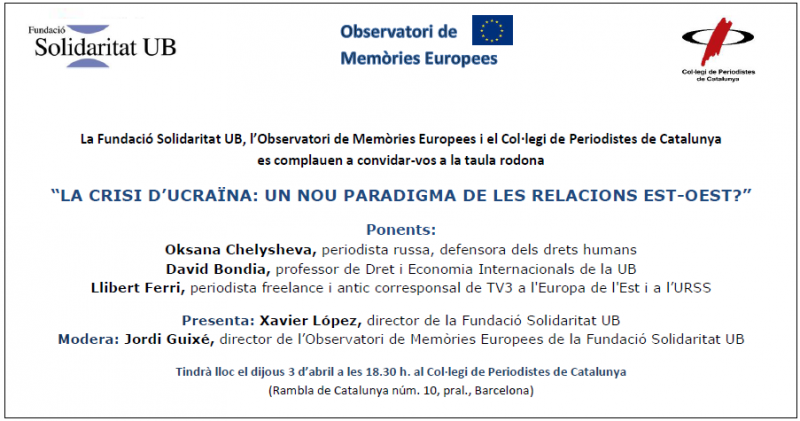 The roundtable analysed the situation created by the annexation of Crimea to Russia and how it affected the relations between Russia and the Western powers. It also discussed the political implications of the process -the change of government in Ukraine, Crimean secession and subsequent incorporation into Russia – including the internal equilibrium of these countries, the leadership of Vladimir Putin and the ability of the EU to articulate a coherent common foreign policy. 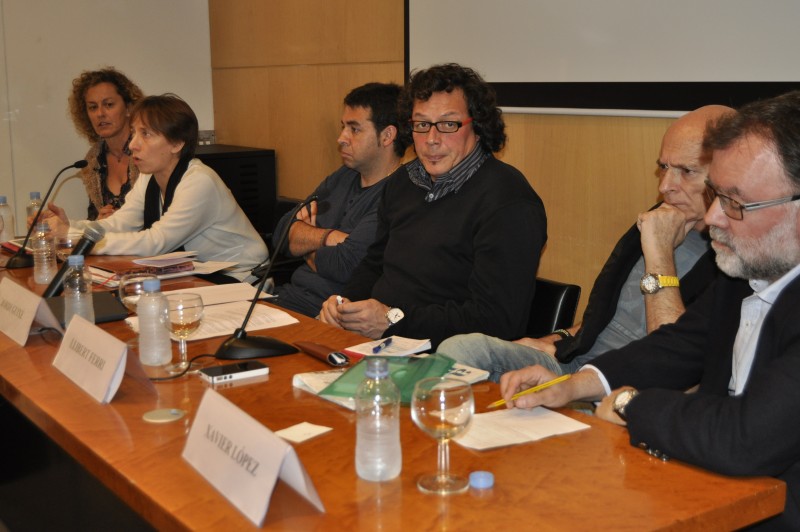