The EUROM collaborates with the ARGOS Research Group (IUCA) of the University of Zaragoza in a symposium that will discuss pedagogical initiatives that are being carried out regarding the Holocaust both in formal education (Primary Education, Secondary Education, and Universities) and non-formal (museums and associations).

The meeting will be held online AND WILL INCLUDE lectures by Elke Gryglewski (Bergen -Belsen Memorial), Paula Santana (House of the Wannsee Conference), Paul Salmons (Centre for Holocaust Education at University College London) and David González Vázquez (EUROM – University of Barcelona).

Constituted around five main lines, this activity aims to put together the efforts that are made by educators to work on the Holocaust in the classroom, recognizing them as a study and memory exercises to avoid denialism or trivialization, and to promote fundamental values ​​for coexistence such as empathy and tolerance, including an attitude against racism and discrimination. 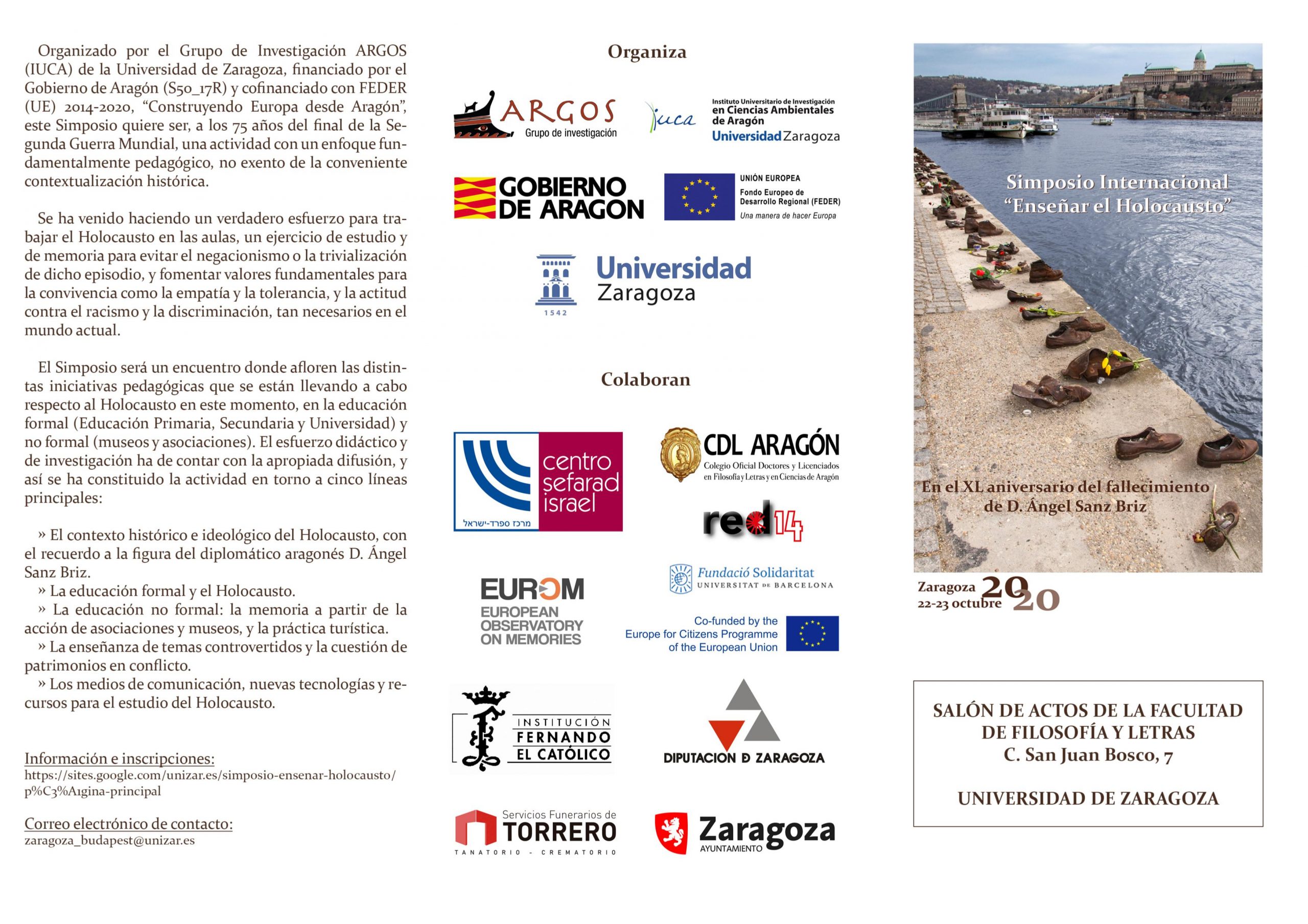 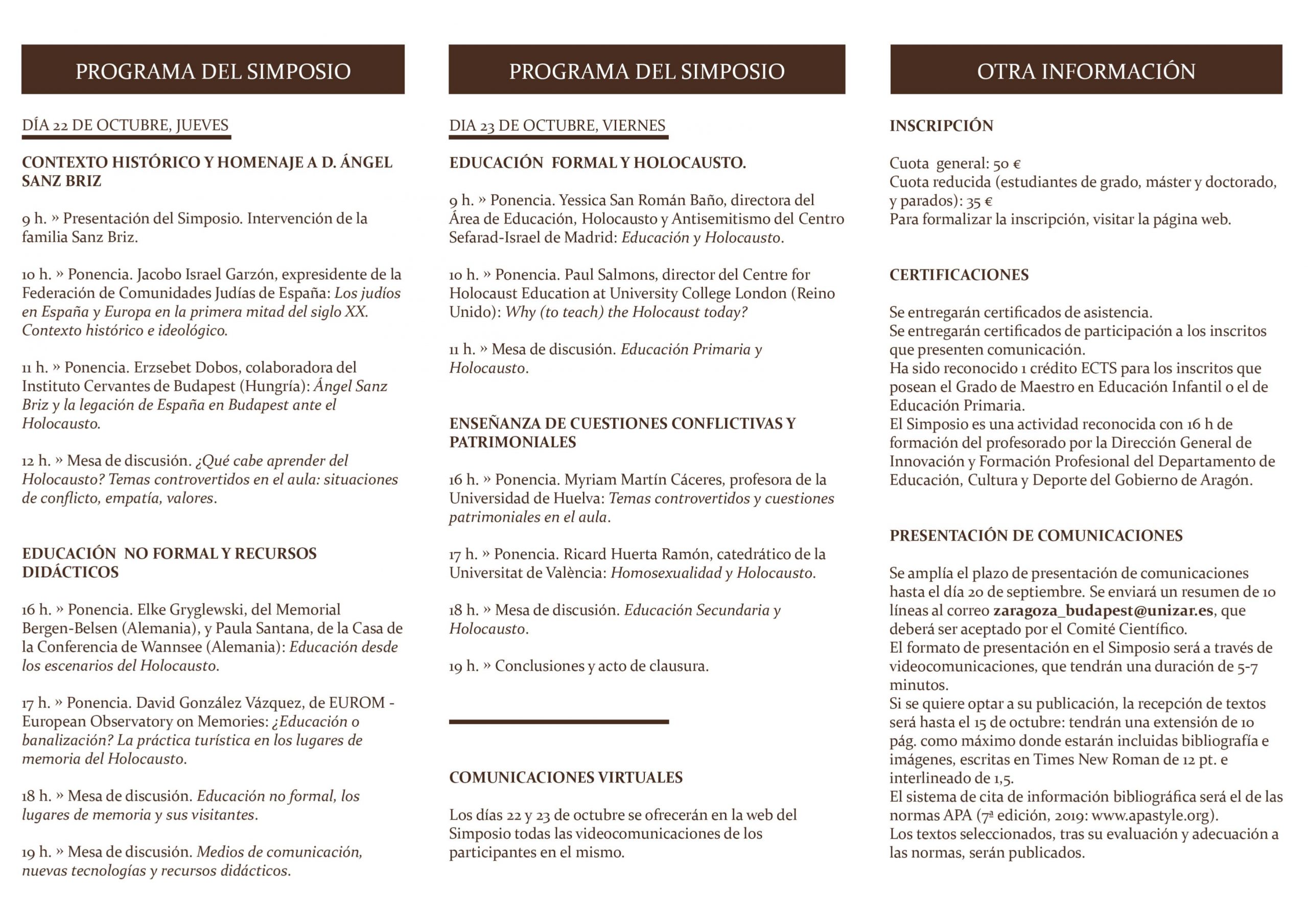