Against this background, we propose to take stock of the European policies of memory during a 3-day online meeting. This is the third edition of our annual conference and the aim is to promote debate among participants about the present and the future of memory policies. By doing so we hope to consolidate a forum for sharing best practices and new ideas that can contribute to the agenda of European remembrance projects in this new context.

Challenges and opportunities of remembrance and citizenship policies

Will the past change the future?

Marianne Hirsh,William Peterfield Trent Professor of English and Comparative Literature at Columbia University and Professor in the Institute for Research on Women, Gender, and Sexuality | Géraldine Schwarz, Journalist, documentary filmmaker, and author of the book “Those Who Forget. My Family Story in Nazi Europe” (2017) | Siobhan Kattago, Senior Research Fellow in Practical Philosophy at the Institute of Humanities and Semiotics at the University of Tartu

One of the main challenges for the development of European memory policies is how to deal with the experiences and stories of violence, fear, and shame stemming from collective crimes of the last century that are transmitted through inter and intra familiar relations. The notion of postmemory, coined by Marianne Hirsch, has become a priceless resource for understanding the affective attachment that the offspring of people involved in traumatic experiences holds to those events. Undoubtedly, Géraldine Schwarz’s awarded book, Those who forget: One’s Family´s provides a ground breaking example of the different and multifarious entanglements that are involved within the intergeneration transmission of memories, duties, and responsibilities. Her book sheds light on the controversial and conflictive forces underlying the remembrance of history of 20th century history. This roundtable is an opportunity for a dialogue between Marianne Hirsch and Géraldine Schwarz on the transmissions and interactions between different memories of the European 20th century and on their potential for teaching historical lessons to forthcoming generations.

The conversation will be moderated and conducted by Siobhan Kattago, a scholar whose research is focused on temporalities and European memory and who will surely help us to approach those problems from a broader perspective. The interdisciplinary discussion among these scholars and writers will undoubtedly provide an amazing opportunity from which to address and to think together how the traumatic and multifarious memories of the 20th stories of horror could give rise to a future in which those events will not unfold again.

Europe at 70: commemorating the Schuman Declaration

State of the Art: Memory as a Guarantee of civil values and cohesion? 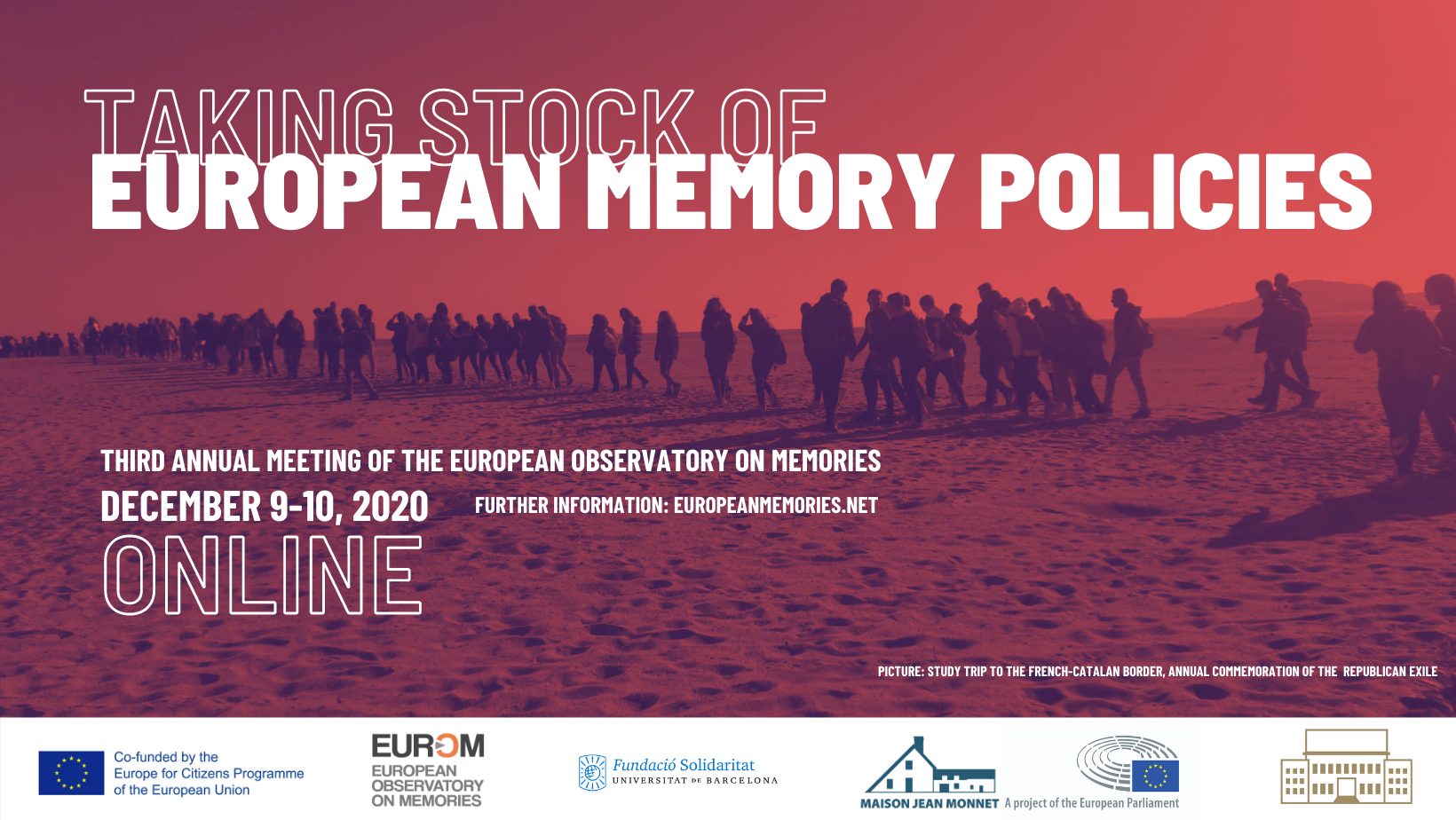 Cover picture: February 2020. High school students commemorate the Republican Exile in the beach of Argelès-Sur-Mér, a former concentration camp, during an annual act organized by the educational services of the Alt Emporda in collaboration with the EUROM and other organizations.