Organized by the Asociación de la Memoria Social y Democrática (AMESDE) in collaboration with EUROM and Fundación Internacional Baltasar Garzón (FIBGAR), and held by Universitat Complutense de Madrid, the summer course aims to analyze, debate and compare different initiatives that are being carried out in public policies and citizenship education in Spain and in other European countries. Through a multidisciplinary approach, it places memorial policies in the framework of the Human Rights, understanding memory as an inalienable right of every society to know the truth about its past, as well as the reasons and circumstances under which aberrant crimes were committed in order to prevent such acts from occurring again in the future

On the first day, attendants will count with keynote speeches delivered by the lawyer Baltasar Garzón on monuments that offend democratic culture, and Almudena Bernabé, from the United Nations, who will tal about Human Rights and the victims of crimes against humanity. The second session will focus on public spaces, including a talk by Jordi Guixé (EUROM) on European democratic memorial places, and a round table with the participation of the Commissioner of Memory of Madrid, Francisca Sauquillo Pérez del Arco, and the lawyer Cristina Almeida Castro. The closing session will be held by historian Julián Casanova Ruiz (University of Zaragoza), who will speak about the heritage of a divided Spain. 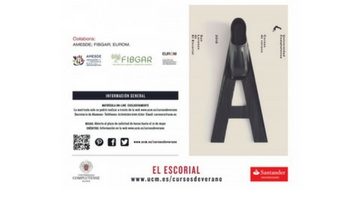