Song to a lady in the shadow | Filmin

Pulling from the thread of family memories, “Song to a Lady in the Shadow” weaves a tribute to all the women who had to move on with their families and rebuild their lives amid the uncertainty of waiting. Through the leading voices played by actresses Padi Padilla and Alicia González Laa, we approach Armand Pueyo’s reflections on war, religion, education, love, and sex. “When I read the letters, I was moved because they were not the typical letters I knew, but they reflected on these topics from a very advanced perspective for the time,” says the director.  The script is unfolded as a choral piece incorporating excerpts from the novel “The Pain”, by Marguerite Duras, adapted by the Chilean playwright Marcela Torres.

Recorded in super 8 and 16 mm, the documentary recovers images from family and orphans archives, a characteristic feature of the director’s work. In contrast to the letters by Armand Pueyo to Soledad, these images provide another post-war perspective, that of wealthy families. “It’s like presenting the story of the losers with pictures of the winners to make a kind of counterpoint,” the director said in an interview during the premiere in Malaga.

Produced by Cornelius Films and Isolda in association with EUROM – UB Solidarity Foundation and Wendy Espinal, the film was supported by the Instituto de la Cinematografía y de las Artes Audiovisuales and counted with the collaboration with the Filmoteca of Catalonia and the Mentoring program L’Alternativa. 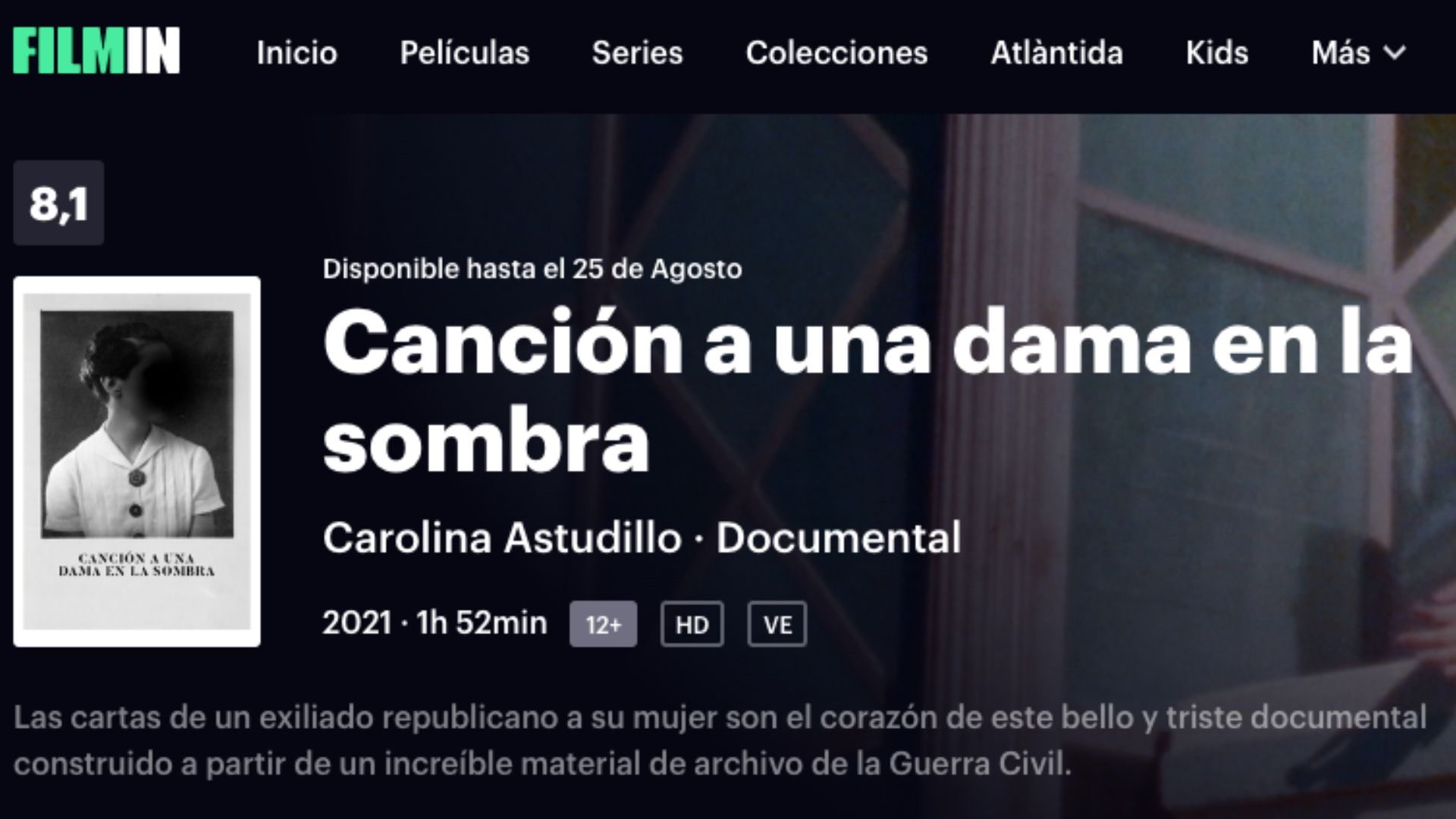