The UB Solidarity Foundation launches a new edition of the Autumn of Solidarity at the University of Barcelona. This fall main theme will be the learning of Historical Memory in a moment in which the society can notice a trivialization of the use of concepts like “Nazis” which should never be used without understanding and remembering its meaning. The 2014 Autumn of Solidarity events will include a series of documentaries, roundtables and conferences under the title “Solidarity, Cinema and Memory”.

The cycle begins on November 17th with the documentary “Los colonos del caudillo”(2013) by Lucia Palacios and Dietmar Post. Mr. Dietmar Post will come from Berlin to present his documentary at the University of Barcelona historical building and will participate in a roundtable moderated by Jordi Guixé, director of the European Observatory on Memories. On November 19th the University will pay tribute to the female teachers during the Spanish Republic (1931-39) a period in which the Spanish society could leave a process of modernization and a growing of the civic freedoms; the film “Las maestras de la República” (2013), by Pilar Pérez Solano and awarded with the Goya Price for the Best Documentary, will be screened. The screening will be followed by a panel discussion with the Professor of Theory and History of Education at the University of Valencia, Carmen Agulló, who participated in the documentary; Hilda Farfante whose parents were Republican teachers killed by Franco’s troops in 1936; Salvador Domenech, PhD in education and author, among other titles of “Teachers and students of the republic”; and Josep Maria Alvarez, General Secretary of the UGT Workers Union in Catalonia. This will be led by Carmen Panchón, Vice President of Administration and Organization at the University of Barcelona.

Finally, on November 20th, the historian and professor emeritus at the University of New York, Nicolás Sánchez Albornoz, condemned to forced labour in 1947 by the Franco dictatorship, will give a lecture on “The Valley of the Fallen,” the monumental Franco’s tomb. Then the documentary “Al l’Ombra della Croce (2013), by Alessandro Pugno, will be screened. The film refers to the place as a remaining symbol of an unresolved conflict within Spanish society. 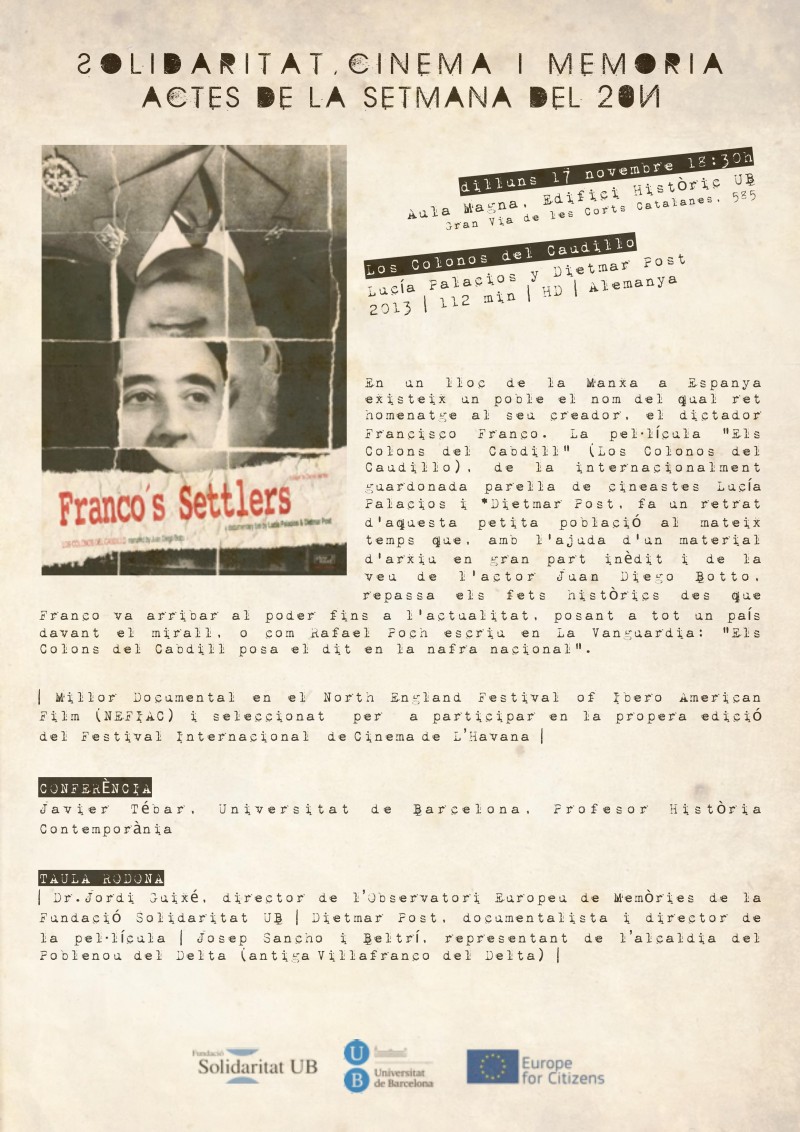 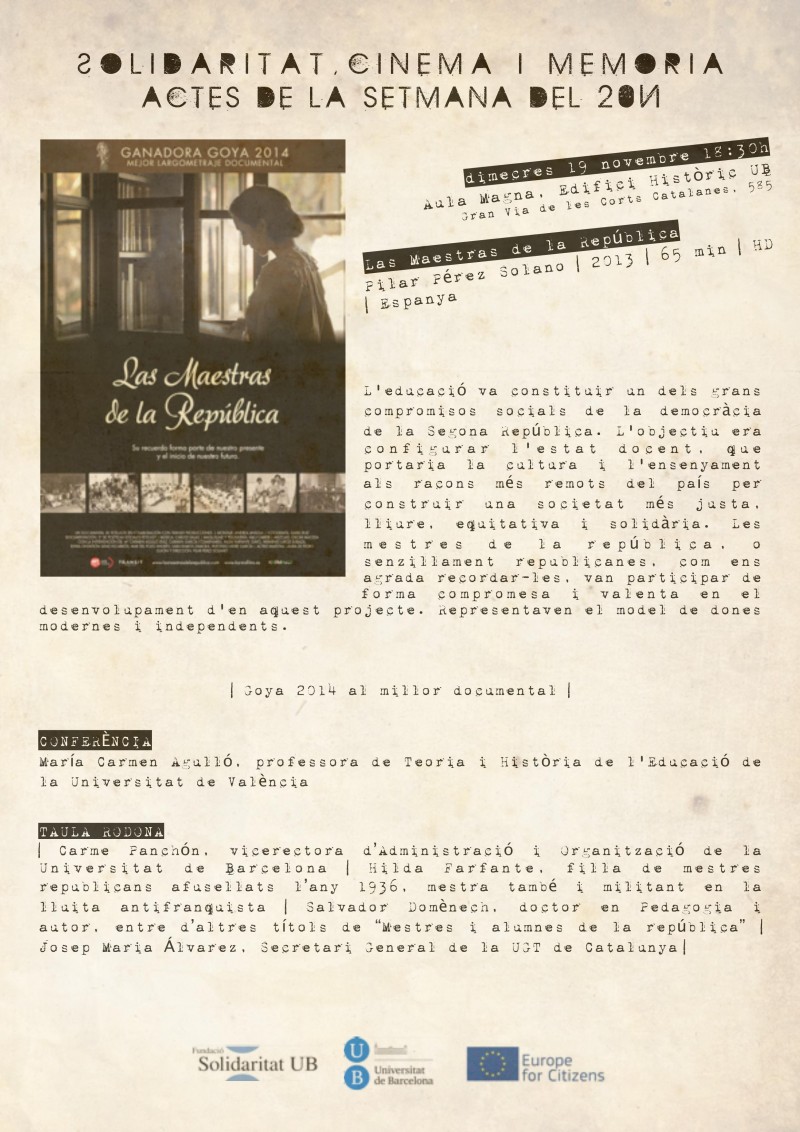 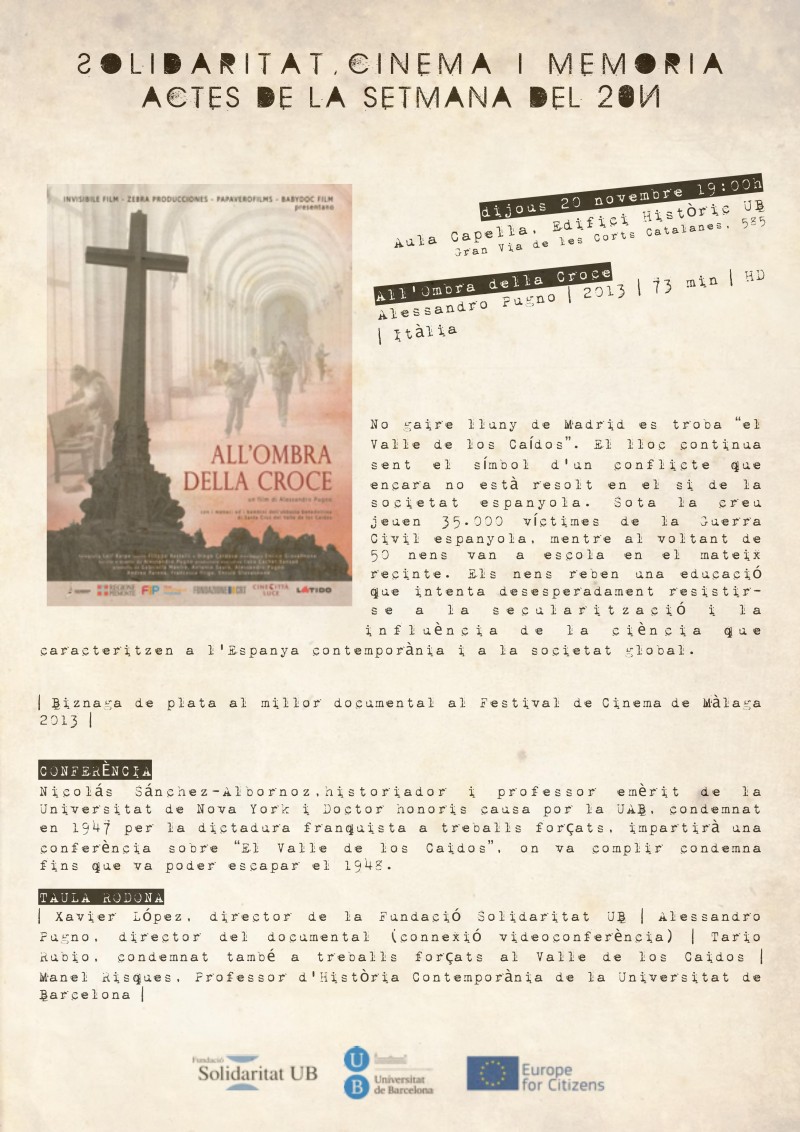 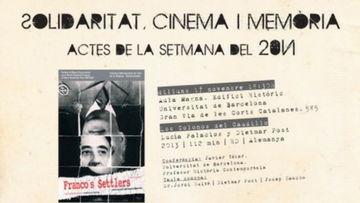