Route to exile 2021: A thousand footprints

This proposal aims to bring recent Spanish history closer to the new generations through tours of the places of memory of the Spanish republican exile and to do so with an interactive methodology with training and socio-cultural activities. The first edition will explore the Pyrenean border and the Mediterranean coast between Catalonia and France from July 15 to 30, 2021. The call is aimed at young people from all over Spain who are between 16 and 17 years old at the time of expedition and registration.  The activity will be free since the 30 available places will be fully covered by the Ministry of Social Rights and Agenda 2030 through the INJUVE.

Exile, memory, and national identities are the three axes of the academic program of the inaugural expedition, which has the full title “Route to Exile 2021: A thousand footprints”. The issues will be addressed on the ground through workshops related to archeology, the environment, photography, theater, and other interdisciplinary proposals, which will include the collective interests of the expedition members themselves. 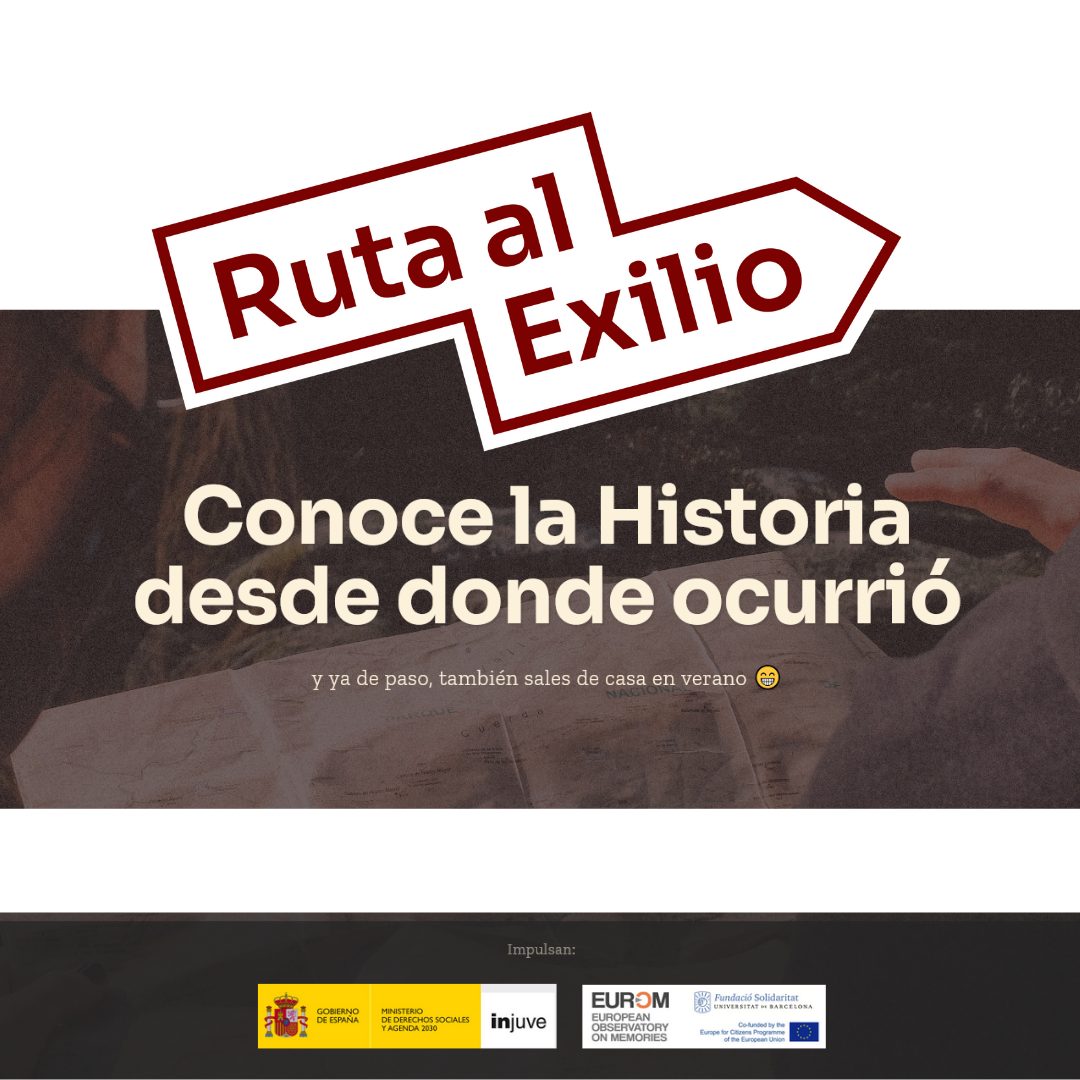 Heir to other sensitization experiences, Ruta al Exilio is proposed as an itinerant classroom to transmit to the new generations the plurality of memories related to this episode in the recent history of Spain. Understanding education as a tool for the promotion of democratic values, the project also aims to broaden the understanding of historical memory in classrooms and institutes. Last but not least, Ruta al Exilio is presented as a meeting point for young people from all over Spain. After a year of the pandemic, the experience is an opportunity to recover spaces for personal interaction and contact with nature.

According to the Director-General of the INJUVE, María Teresa Pérez, “We are at a time when intolerant and hateful discourses are re-emerging, and more than ever it is a need that young people get know that fascism and anti-fascism are not the same and that sexist and racist proclamations are not respectable opinions ”.

For the director of EUROM, Jordi Guixé, “It is essential to get on the European train in the values ​​of democratic memory, and it is in youth where the transmission of that memory and its civic sense becomes more necessary. The pedagogy, education, and knowledge about those places of memory will add wealth and experience to the formation of the new generations. A project that must grow and consolidate as a guarantee of freer and fairer societies.“