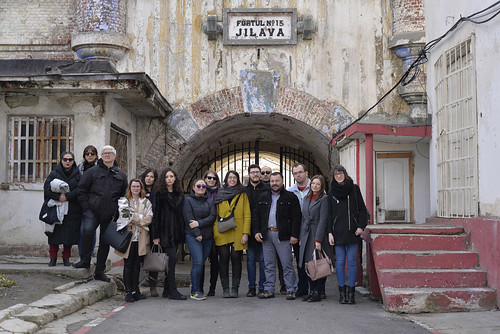 Romania, which became a member of the European Union in 2007, has experienced two totalitarianism in the 20th century, an extreme-right wing regime (1938-1944) and a communist regime (1948-1989). Their shadows still cover the post-1990 Romanian political and memorial landscape. While the Romanian state has addressed the traumatic past through such initiatives as the Wiesel Report (2004) and the Tismăneanu Commission (2006), which documented the Romanian Holocaust and respectively condemned the “criminal communist dictatorship”, Romanian society has been less adamant to share this official condemnation.

This travelling seminar will introduce students and scholars to the memory of the Holocaust in Romania and its traces, as well as to the memorialization of the communist past, both at the official level and in what concerns memory sites. Participants will visit some of the most emblematic sites, such as the Holocaust Memorial in Bucharest, the Jilava memorial, “80 east” (a communist apartment), and will also join walking tour on totalitarianism in downtown Bucharest.

Guided visit to the Holocaust Memorial

Visit of the 80 east – the communist apartment (civic educational initiative), with the participation of Alexandra Bardan (University of Bucharest)

Alexandru Gussi (Department of Political Science, University of Bucharest)
“The politics of forgetting and the politicization of memory of the communist past after December 1989”

The Soviet cemetery in Pipera