Places of violence: memory and amnesia

In 1936, while fscism was gaining ground in Europe, a coup d’etat underwent in Spain. Its history can be explained today in a variety of different places of violence. Prisons, military barracks and militias, concentration camps, places of execution, and mass graves are dispersed throughout the Galician territory, in the Northwest of Spain, marking the geographical milestones of a process of persecution and extermination linked to the violent seizure of power. Galicia was taken by the coup leaders before the end of July 1936, and constituted the testing ground for the practices of violence that were expanding in Europe in the context of the 1930s and the Second World War.In this territory, the coup leaders in Spain launched different techniques of elimination of their enemies, practices that would be later spread to other territories and institutionalized under the Franco dictatorship. 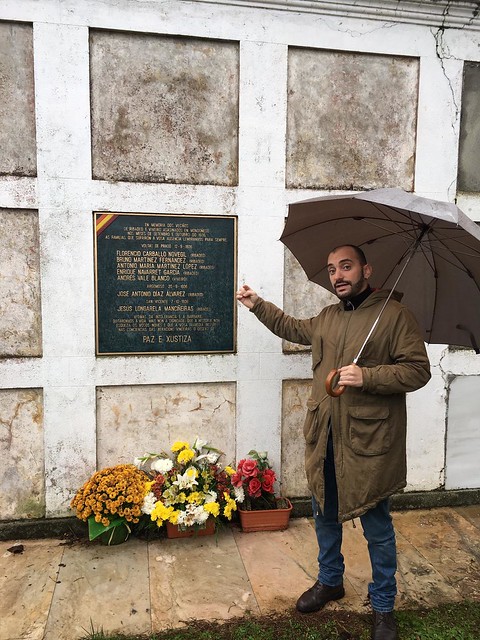 The legacy of this violence became a traumatic memory of the past, first cheered by the perpetrators and their supporters, and later denied under discourses of reconciliation and oblivion. The beaten memory of the victims and society as a whole continued, however, to identify precisely the subjects, actions and consequences of that process while the violence of the dictatorship continued, even after the Transition to democracy, when the rule of law was achivied. Then came  history and the public policies of memory, with all its limitations and disappointments, which made clear the need to identify, erect and commemorate the past in places of memory.

This traveling seminar will be held as an itinerary for the coupist violence of 1936 and its consequences in Galicia, driven by history and focused on the identification of places of violence, places of memory and amnesia. It takes a selection of some significant examples of a much broader phenomenon, and will be guided by historical research and accompanied by the stories of memory. From the coasts of the Mariña in Ribadeo, to San Simón in the Vigo estuary, spaces will be explored while combining explanation and debate, allowing participants to get a more precise knowledge of an uncomfortable past, which is still very present and needs new stories for a closer future.

Organized by the Research Group on Agrarian History and Politics of the Countryside of the University Santiago de Compostela (Histagra) and the European Observatory on Memories of the University of Barcelona’s Solidarity Foundation.

Group of prisoners working on the remodeling of San Simón in its criminal stage. “Illas de San Simón and San Antonio. To recovery of a historical site “History and memory (2008) 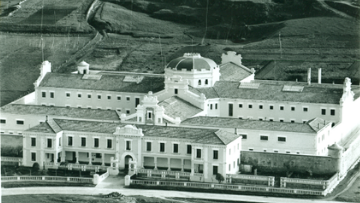