Organized in collaboration with the District of Ciutat Vella, the Institute of Present Pasts and the Public Art Advisory Board of the City of Barcelona, this dialogue between Juan José Lahuerta, architect and director of the chair Gaudi and Núria Ricart, professor at the Faculty of Fine Arts of the University of Barcelona, will discuss todays’ monuments and the proposals for the Antonio López Square.

The debate will take place on June 7, 2017 and will be moderated by the anthropologist and journalist Gustau Nerín, expert in the study of the Spanish colonialism in Africa.

The monument to Antonio López

Shortly after the death of Antonio López in 1883, the City Council of Barcelona supported the proposal to erect a monument in his memory in the context of a policy of embellishment of the public space, then beginning to incorporate contemporary personalities. The monument in the middle of Paseo de Isabel II, near the port, was inaugurated in 1884, in reference to commercial and shipping companies founded by Antonio López.

Prominent architects of the time participated in the construction of the monument, such as Josep Oriol Mestres, as well as several renowned sculptors, such as Venanci Vallmitjana, author of the statue of Lopez, Lluís Puiggener, Rossend Nobas, Francesc Pagès and Joan Roig. The statue was built with brass from remains of obsolete boats of the Transatlantic Company.

The initiative to the monument was of López’s son, Claudi López, and Manuel Girona, leading personalities of Barcelona’s society of the time. Since then there were discrepancies in the assessment of the character. In 1885 Francisco Bru, brother-in-law of Lopez made a devastating portrait of his life:

“Spaniards, what do you think about this unworthiness? What do you think people of Barcelona? You may be very proud of having in one of your public squares the statue of a dealer of human flesh, famous for its vile cruelty on the island of Cuba, before being in the Peninsula for its millions and sumptuousness. The square could rightly be called The Negreros square as it will become the monumental rehabilitation and the radiant support of all traders of human flesh. “

The controversy about the monument had another remarkable moment in 1902 following the death of Jacint Verdaguer. At the time, the satirical magazine La Campana de Gràcia published a tale proposing to replace the statue of López by one of Verdaguer, converting the brass into charity to the poor – in line with the social sensitivity Verdaguer. The tale was significantly titled “A practical idea and an act of justice.”

The monument was finally demolished by the beginning of the Spanish civil war. The metal was turned into war material in an act of rejection of the piece commemorating a man linked to the slave trade. In 1944, during the early years of Francoism, the Mayor Miguel Mateu Pla rebuilt the statue with the collaboration of the sculptor Frederic Marès. The new monumental set was made with stones from the Montjuïc and was relocated a few meters from the original location.

A critical view of the monument gained strength over time and was intensified in the late 90s when the square was chosen to hold the Diversity Festival. In 2010, SOS Racism and the unions CCOO and UGT asked the City Council of Barcelona to withdraw the statue. In recent years there have been numerous requests to rule on the issue. The arguments and proposals around the monument have multiplied and diversifie. In recent years the City Council of Barcelona have been receiving numerous requests of pronunciation on the issue, in particular in relation to the statue’s withdraw. 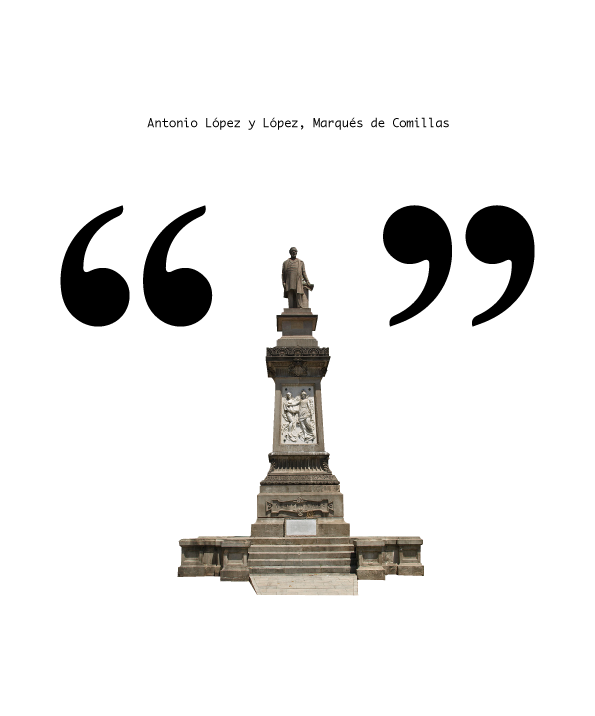 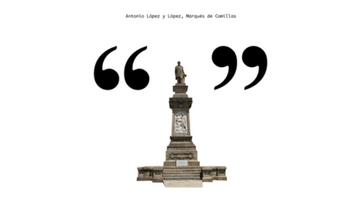