The meeting will begin with an examination of American narratives in its national museums, moving to other themes of interest to ICAMT and ICMEMO members. Parallel sessions will include the “Architecture of Memorial Museums on Historical Sites and Off Site”, the “Human Rights Struggle and Slavery in Exhibitions throughout the World”, creating innovative spaces, and recreating spaces where the narratives used for years are no longer resonant with its current visitors. The keynote sessions will be delivered by the ICOM president, Suay Aksoy, and the director of the United States Holocaust Memorial Museum, Sarah Bloomfield.

The participation of EUROM counts with the support of the Federation of Internationally Recognised Catalan Organisations (FOCIR). 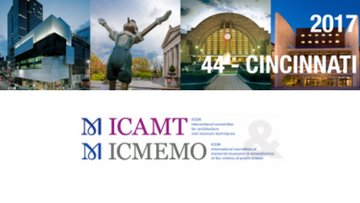