Memorial needs and the victims of terrorism

Over the last decade, a number of terrorist attacks have struck European capitals.  As an answer to these unexpected events with major human loss many memorials have emerged.  Commemorations continue to be held annually to remember those who fell victim to violence.

On May 17th, the EUROM will host some of the leading experts in Europe in the fields of sociology of terrorism, security, and memory studies as well as representatives of victims associations. They will cross-compare cases of terrorist violence in the EU and the ways societies have responded to them with the aim of analysing how effective current memorialisation strategies are.

Follow the live streaming here. The chat will be open to the participation of the audience.

In what ways have local authorities, victims’ associations, national and EU institutions, and societies largely approached remembrance. What roles do these actors assign to memorialisation? How do they use it and what purposes they assign to remembrance?

Taking as starting point the cases of Barcelona, Paris and Utoya, Ana Milosevic (KU Leuven) will present the first results of the project “Memorialisation of Terrorist Attacks” before giving the floor to the invited speakers. In the first panel, Konstantinos Arvanitis, Robert Simpson and  Charlotte Heath Kelly will share their latest findings on public remembrance, opening a dialogue about the acceptance and contestation of memorials of terrorist attacks, social solidarity and spontaneous memories. On panel two, Sophia Dolhain, a victim of the Brussels’ attacks, Maria Lozano Alia, founder of the European Network of Associations of Victims of Terrorism., and Sarah Gensburger (CNRS) will establish a conversation about victims’ voices and remembrance.

Organized by EUROM with the support of Open Society Foundations in the framework of the project “Memorialisation of Terrorist Attacks“. Co-funded by Europe for Citizens – European Commission. Coordination: Ana Milosevic, Post-Doctoral Researcher at the Leuven Institute of Criminology (LINC) at the KU Leuven Faculty of Law 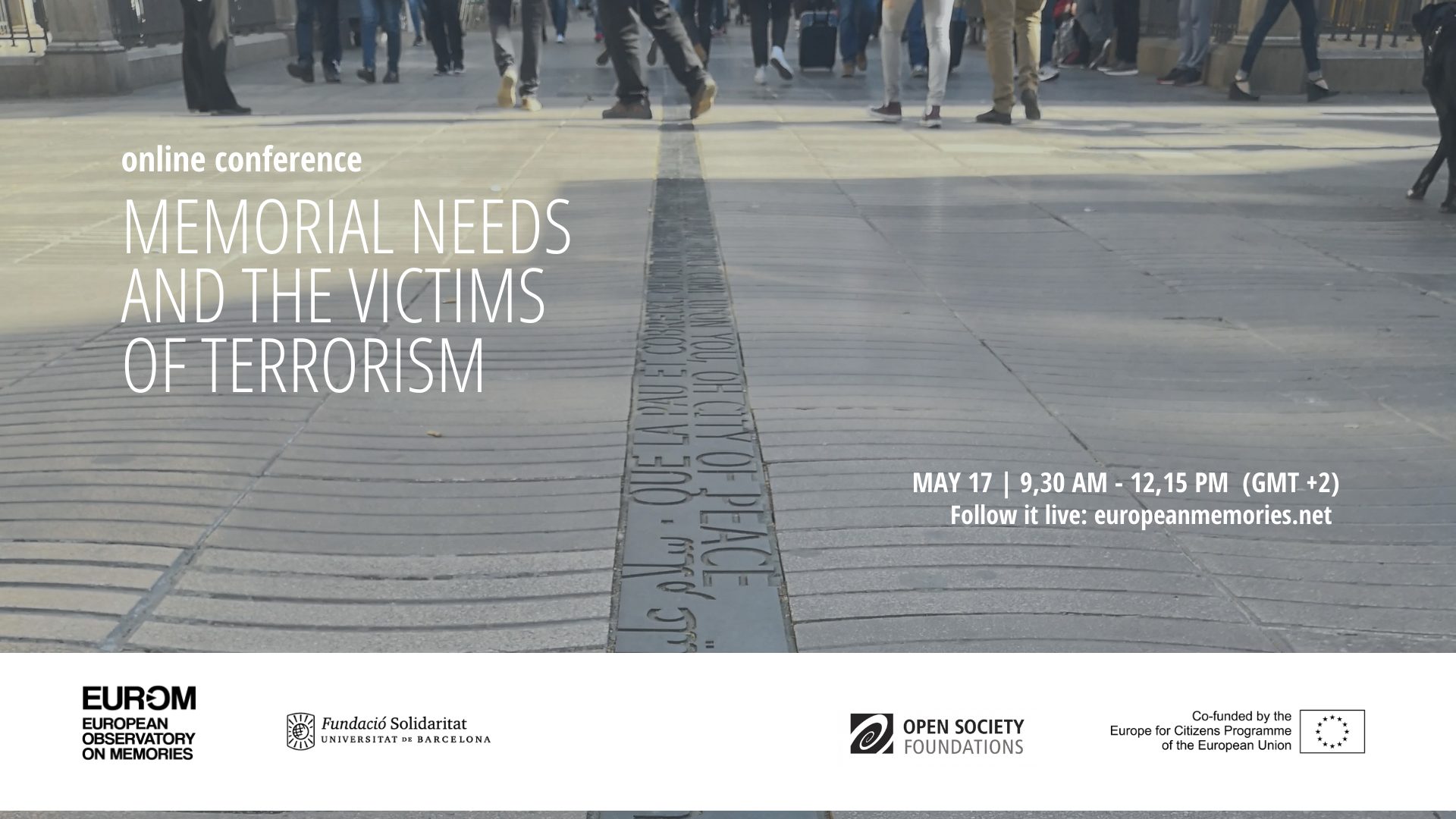