The series of debates organised by Joan Miró Foundation in Barcelona between 13 March and 7 May, 2015  gathered experts, curators and some of the artists that took part in the exhibition Prophetia, a project that included the work of 25 artists addressing the process of the European integration.

The exhibition’s starting point was a video made in 2002 by the Albanian artist Anri Sala where he captured the moment in which the European dream was still undimmed in some countries aspiring to access the European Union. Other works in the exhibition were much more recent and reflected the current feeling of uncertainty regarding the European project.

Jordi Guixé, historian and director of the European Observatory on Memories (EUROM) took part in one of the talks on April 16, under the title Responsibility: Art and Commitment. 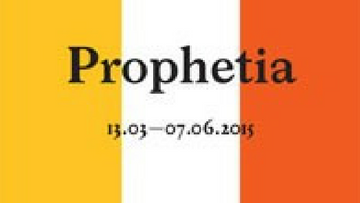