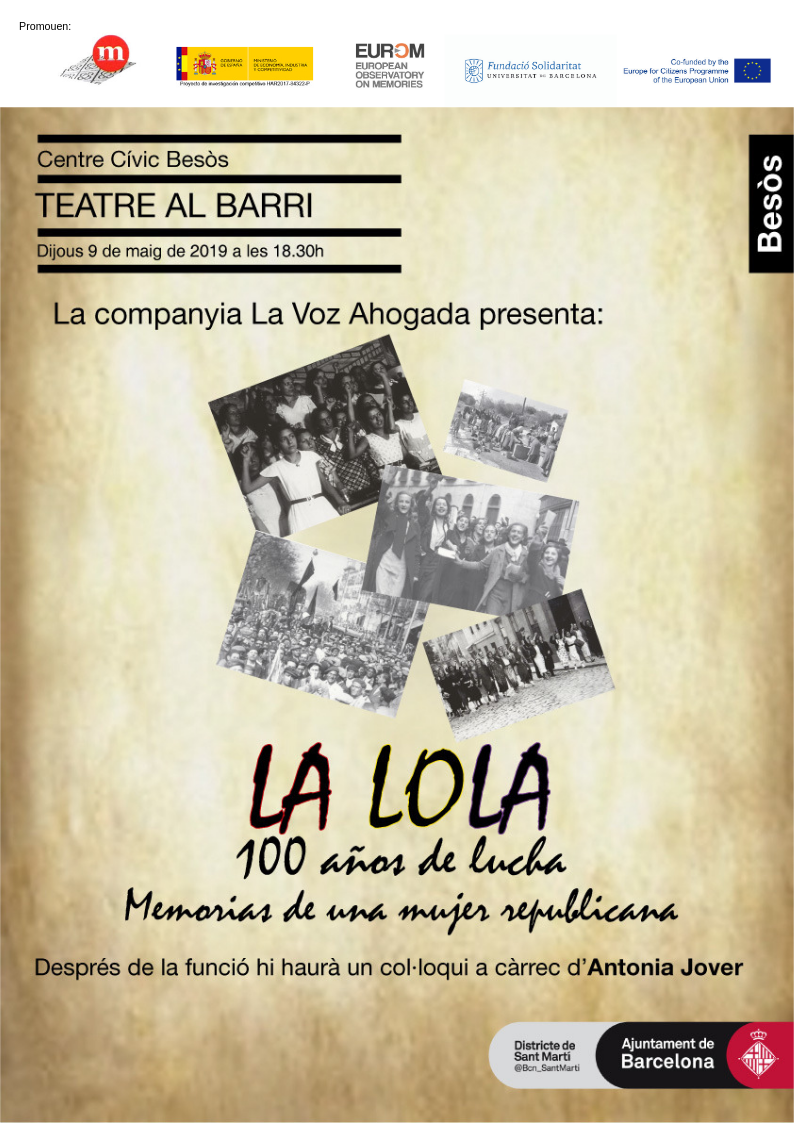 A monologue based in the life of Dolores González Nicolás, la Lola, a singular woman who has inspired everyone who has known her. The project by La Voz Ahogada was born from the popular request of the neighbors of Poblenou, Barcelona.

Born in 1917 in El Puntal, the district of Espinardo, currently a neighborhood of Murcia, la Lola has lived in the District of San Martín since the 40s. Her life of over 100 years is a collection of the history of Spain. As a child, she went hungry for the exploitation of the landowners and began to serve soon. Her family was engaged with the Republic and suffered death sentences. Her husband was in Franco’s prisons and was persecuted for many years. This was the reason for her arrival in Barcelona. He and Lola were clandestine until the 70s. With solid convictions, la Lola practiced solidarity wherever she lived, and she has done it with a very particular characteristic, well known to everyone with whom he has crossed two words: her sense of humor.