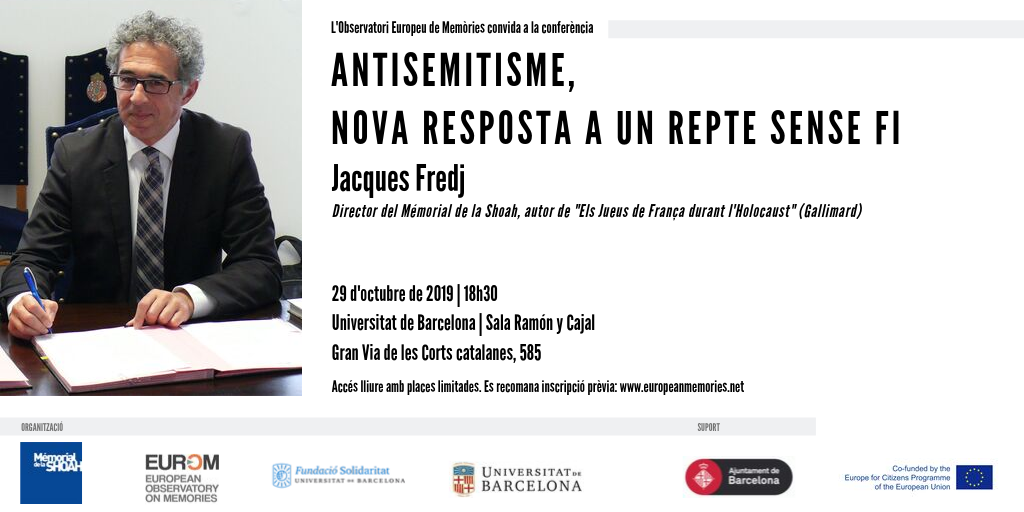 Jacques Fredj is a Historian and took over the direction of the Contemporary Jewish Documentation Center (CDJC) in 1992. Created in 1943, the archive collected evidence of anti-Jewish persecution and would later include the Memorial of the Unkown Jewish Martyr (1956).  In 1996, Fredj was nominated the director of the Memorial and started a plan for the expansion and remodeling of these two institutions, which will lead to the opening of the Shoah Memorial in 2005.  In 2012 he carried the project for the creation of the Memorial of the Shoah of Drancy. Jacques Fredj is the author of “Les Juifs de France dans la Shoah” (The Jews of France during the Holocaust), a co-edition by Gallimard and the Shoah Memorial,  and of “Drancy, un camp d’internement aux portes de Paris” (Drancy, an internment camp at the gates of Paris), published by Privat.